Class struggle has always existed since there were classes to struggle. For over 200 years there has been a battle between the working class and the capitalist class. It has ebbed and flowed according to the strength, understanding and contradiction between these two classes. The interests of the classes, and there are only two – those who sell their labour power and those who exploit the labour of others – are so opposed as to make struggle inevitable. The working class never ceasing, never surrendering but never ever prevailing. The truth is that the revolutionary aims of socialism have been distorted to deliberately bend the worker's mind, direct it to reformism and to subservience. Capitalism has always managed to avoid the decisive class conflict in which not just its means to regulate its system is challenged but the system itself. HYet they have failed, for the class war intensifies. The classes cannot be reconciled. Today this is more and more clear, the conflict cannot be concealed, hence revolution is still on the agenda. All over the world the struggle continues in many forms at all stages. The world of workers is rising and fighting back.

All political parties in Britain other than the Socialist Party have it in common that they are for the preservation of capitalism in some form or other. From the Right conservatives to the Leftist reformists the common aim is to live with the system and make it work. The only exception is the one party whose aim is the  overthrow of capitalist class power and the building of socialism. That is us, the Socialist Party of Great Britain.


The case has been made by reformists that the working class become a partner of capitalism be rewarded with wage increases and various welfare benefits such as free health care and education, subsidised council housing and transport.  The working class was therefore content to live in peace with its own capitalist class. The Socialist Party repudiates this idea totally. Not today, not tomorrow, not ever, can such a peace declared in the class war. The working class lives in perpetual conflict with the employers. No employer has ever conceded “crumbs” to workers out of benevolence; any improvement in social services has been extorted from him by the mass strength and tactical ingenuity of the workers. If absolute poverty is less in Britain than elsewhere in the world, the exploitation is no less, for what the workers produce is stolen by the capitalists. The truth is that the more highly industrialised a country is, the more productive is its labour power and the greater is the value produced by its working class. Scarcely a worker in Britain who is more than one-wage-packet away from extreme destitution.


Trade Unions will not end capitalism. They are organs of mass resistance but they are not revolutionary organs and never were. The most backward aspect of trade unionism is shown by their support the Labour Party. To end capitalism or to live with it is the point of departure we have with trade unionism. We alone do not see economic struggles as ends in themselves. Our revolutionary goal shapes our policy. Woe to us if we become so “practical” as to forget this for one moment. All our work must lead toward the socialist revolution. The revolutionary principles to which we are committed will keep us on the right road. We stand up and fight for the true interests of the working class as a whole, at every turn. We would not be worthy of the proud name our party bears if we evaded such a fight on any pretext. Ours is the only party standing for the solution of the social problems by means of the revolutionary overthrow of capitalism. All of the interests of the working class, immediately and ultimately, are indissolubly bound up with the social revolution. Our party is a party of revolutionary struggle against capitalism. We are not reformists, liberals nor progressives, but revolutionists. The test of our work will the development of class consciousness in the ranks of the workers.

On 12th of December show your contempt for capitalism by spoiling your ballot paper by writing across it "World Socialism." 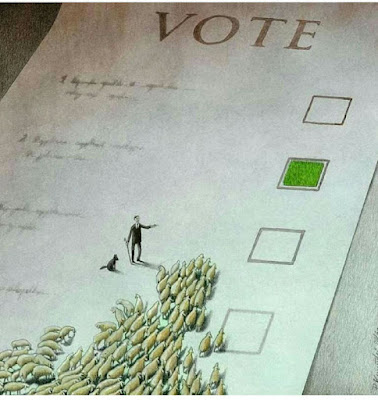