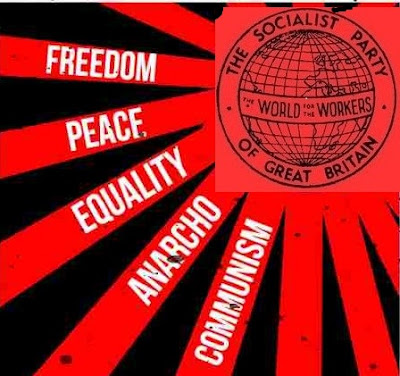 Today there could be plenty for all the world. It is no myth that there is plenty for all. Here are the facts: More food can be raised today than we could, possibly eat. Food is left to rot in the granaries and storage houses, and hungry people starve in the midst of plenty. Mankind has learned the secrets of the air, the sea, the surface and the bowels of the earth. Mankind has fashioned machines which are miracles of technology for factory and farm. With such tremendous productive capacity, why could we not have a society planned on the basis of a fair and just distribution of the good things of life to the peoples of the entire world? Yet people starve in the midst of plenty and food is dumped when people cannot buy for they may not have the jobs or the money. We have the natural resources, the machinery, the labour. Modern science has made comfort and culture and leisure possible for all. Who will deny the great potentialities for good inherent in our advanced economy? The owners of production have at their disposal all these wonderful opportunities, but have they used them to end poverty, maintain security and a high standard of living and keep the peace? No, for they have flagrantly and willfully mismanaged. The rich get richer and the poor get poorer is always true under capitalism.

The Socialist Party’s purpose is not to traffic on the ignorance and backwardness of our fellow-workers, not to attempt to win them unaware by stealth, but on the contrary, to enlighten them and to show them the necessary steps to take along the road to power. We cannot hope to compete with the  populist fake “promises”. Our answer is not a different brand of demagogy, but clear revolutionary answers concerning the meaning of events.

Why do workers suffer lay-offs, cutbacks, reductions in wages, unemployment, depressions and poverty? Because our economy is capitalist, meaning chaotic and anarchic, based on competition, monopoly, producing not for public need but for private profit. Capitalism, which was progressive in its beginnings in the eighteenth and nineteenth centuries, because it overthrew the feudal method of production, has now become an anachronism, with its depressions and wars standing in the way of progress and the intelligent, socialist planning of society. The latter would have as its goal economic security for all, so that with this minimum requirement, “human” beings will have the potentialities for the full growth and development of their “humanity.” The capitalist system won’t work, for the very root of capitalism is all wrong. It is based on a contradiction, namely, that the man who owns the tools of production (the capitalist) does not work them, and the man who works them (the worker) does not own them. The working people themselves should own and operate the industries cooperatively, through owning and operating the government. This would end production for profit and the waste of competing corporations. There would be planned production for the first time, increasing the output of wealth so that there would be plenty for all. We have today more workers, more efficiency, more productivity, and more machinery than ever before. We have more of all the means necessary to a high standing of living, shorter hours and certainly full employment for every able-bodied person. But the workers are experiencing cutbacks, lay-offs and unemployment. The kind of planned economy we envisage would, for the first time, make possible an end to wars between nations. The aim of the working class would be to end capitalism and all forms of exploitation everywhere; and everywhere introduce a planned economy. Its aim would be to create a socialist world.