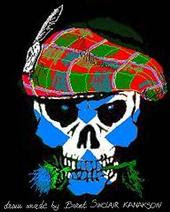 Scotland's First Minister Nicola Sturgeon plans to hold a second referendum on Scottish independence, with or without UK government approval.

The SNP tell us that independence from England and the control of our own purse strings will cure much of our problems. The nationalists argue that the problems facing workers in Scotland are due to"Westminster rule". If only there was an ‘free’ Scotland, they say, separated from the rest of Britain, then there would be more employment, higher wages, better job security, improved state benefits, a healthier health service and all the other politicians promises. What they do not seem to realise is that the problems they are going to try to solve are an integral part of the capitalist system, and history has shown beyond a shadow of a doubt that within this system there is no satisfactory solution to these problems other than socialism.

In what way is the Scottish culture different from that of an English, an American, or a Russian wage slave? The idea that the Duke of Buccleuch is oppressed because he is a Scot is laughable. The world’s working class all suffer from the same problems such as poverty and insecurity. Independence from England will not cure the poverty and insecurity of the Scottish workers, because they will still be the wages labour and capital relationship. Scottish sovereignty would be a purely constitutional political change which would leave the basic economic structure of society unchanged. There would still be a privileged class owning and controlling the means of production with the rest having to work for them for a living.

Nor is there any truly independent country in the world because international capitalism has made sure of this. Foreign financial institutions and global corporations instruct governments on how to spend money  and how it must not be spent , in order to keep the international capitalist class satisfied. An independent Scottish government would still have to operate within the constraints of the world capitalist system. It would still have to ensure that goods produced in Scotland were competitive on world markets and that capitalists investing in Scotland were allowed to make the same level of profits as they could in other countries. It would still be subject to the same economic pressures as the existing London-based government to promote profits and restrict wages and welfare benefits.

Independence for Scotland, therefore, is a myth put about by the Scottish National Party, which further confuses the Scottish section of the working class and blinds them from the real struggle - the class struggle.  The SNP’s claim to be a party for the workers is exposed as a fraud by its fawning attitude towards business.

Some critics of the Socialist Party accuse its members in Scotland of being unpatriotic. We are in fact proud to be anti-patriotic. But just because we are not prepared to back the efforts of Scottish nationalists to break away from the United Kingdom does not mean that we are a Unionist party. We don’t support the Union. Members of the Socialist Party are just as much opposed to British nationalism as they are to Scottish. If workers in Scotland were ever to put the passion they show for the football clubs they support into something like socialism, then it would be the end of the ruling class. It benefits them to see the workers placing meaning and identity in things that are irrelevant and tribal to the truth of class struggle. Keeping the workers unable to see the true state of affairs in the world works to the ruling class's advantage.

As socialists, we re-affirm that all peoples should seek their emancipation, not as members of nations or religions or ethnic groups, but as human beings, as members of the human race. They should unite to abolish the division of the world into so-called nation-states and to establish a World Cooperative Commonwealth of which we will all be free and equal members - citizens of the world, not subjects of nation-states. The goal of the socialist movement is not to assist in the creation of even more states but to establish a genuine world community without frontiers where all states as they currently exist will be destroyed. In a socialist society communities, villages, towns and cities will have the opportunity to thrive – and people will no doubt feel an attachment to places and neighbourhoods that is real and tangible – but the nation-states will be consigned to the history books where they belong.