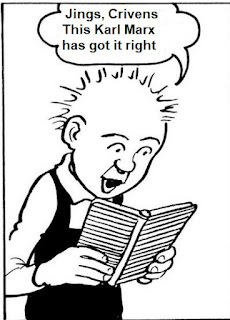 Nicola Sturgeon "must fire the starting gun" in a bid to secure another independence referendum, former first minister who now leads the Alba party, Alex Salmond has said. Salmond told BBC Scotland that if Sturgeon and the Scottish government were serious about winning a referendum next year, they must start campaigning for it now. The Socialist Party has never ceased its campaigning against any form of nationalism.

In order to change the future, remember the past. In the struggle to win the minds of the working class the Socialist Party has to contend not, on the whole, with rational critiques of our socialist position but with deeply held and unquestioned values. A few of these, for example, might be religion, "human nature", "a fair day's wage for a fair day's work" or the association of socialism with the former Soviet Union. One of the strongest of these sacred beliefs, and one of the biggest obstacles to the establishment of socialism, is nationalism ― the loyalty felt by many members of the working class to "their country", the political unit in which they happen to reside.

The Socialist Party holds that the only real divisions which exist in the world are horizontal ones, between different social and economic groups. In advanced capitalist countries this consists in a division between the capitalist class, which owns and controls the means of production, and the working class, which owns none of them and which has to sell its mental and physical labour-power to the capitalist class in order to live. Feelings of loyalty to a nation-State are purely subjective, having no basis in reality; the working class in Scotland has more in common with the workers in other countries than it has with the Scottish capitalist class.

There, is however, an alternative view of the world. This is the belief that the important divisions are not horizontal, between different classes, but vertical, between various nations. A "nation" consists, according to this view, of a hierarchy of men and women who, although having differing incomes, social status and power, all have a common interest in working in harmony for the benefit of the whole unit and, if necessary, in fighting against other nations to defend this interest. This completely mistaken outlook is the one held by most members of the working class and nearly all political parties. Most historians reject Marx's declaration that "the history of all hitherto existing society is the history of class struggle", preferring instead to see history as a succession of struggles of nations against foreign domination, of subjects against tyrannical kings and of nations and races against each other.

Broadly speaking, nationalist ideologies and movements represent the interests of the capitalist class. Nationalism as such did not exist in pre-capitalist society and its growth and development represents the parallel development of the capitalist class. Nationalism as we know it today first made its appearance during the French Revolution. In the early stages of the revolution cosmopolitan ideas were prevalent ― it was believed that the rest of Europe would be inspired by France's example and would likewise overthrow the old order. When this failed to happen strong feelings of nationalism developed; France was seen as a chosen nation, picked out to be the standard-bearer of revolution throughout Europe.

Politically, nationalism is ambiguous, in that it can take on a "right-wing" or a "left-wing" form. This depends upon the position of the capitalist class in the particular time and place. If political power is held by the aristocracy or nobility, and the middle-class is struggling to assert itself, then nationalism will have "left-wing" connotations. This was the case in Europe until 1848, when nationalism was a romantic, revolutionary force against the traditional ruling class. However, once the bourgeoisie has captured and consolidated its power, then nationalism becomes a conservative and right-wing force.

Although every nationalist movement believes it is unique, there exist basically these two forms of nationalism side by side. In the advanced parts of the world ― the United States, Britain, Western Europe ― nationalism is conservative, whilst in pre-industrial countries engaged in struggles against a foreign ruling class, nationalism is a "left-wing" force.

The World Socialist Movement opposes all nationalist movements recognising that the working class has no country. There are certain other groups the so-called Left ― which, though claiming to have a class outlook, have a wholly opportunist and ambiguous attitude to nationalism, which reflects not so much the interest of the working class as it does Russian or Chinese foreign policy. These groups fully accept the mythology of the existence of "the nation".

This attitude is a complete denial of Marxism; it is almost incomprehensible that people who describe themselves as socialists should write of the right to re-establish the Scottish nation. The Scottish independence movement is in essence no different from any other nationalist movement. Socialists give the Left nationalists or the SNP  no support whatsoever.

It will be argued that Marx and Engels supported nationalist movements and that therefore the Socialist Party should do so today. Such an assertion is based on a faulty understanding of the Materialist Conception of History. Marx and Engels were living in an era when the bourgeoisie was engaged in a struggle to assert itself against the old feudal regimes. The victory of this class was a historically progressive step at that time in that it brought about the re-organisation of society on a capitalist basis, the essential pre-condition for the establishment of socialism; and it created an urban proletariat, the only class which can bring about socialism. This was why Marx supported the rising capitalist class in their bid to capture political power. However, once capitalism reaches the point where socialism is a practical proposition, there is no need for socialists to advocate the capitalist industrialization of every corner of the globe; they can concentrate fully on the task of establishing socialism. Hence we give no support to any nationalist group, and in place of the opportunism and hypocrisy of the myriad left-wing groups in advocating "national self-determination", socialists echo the rallying cry of Marx and Engels, "Workers of All Countries, Unite!"