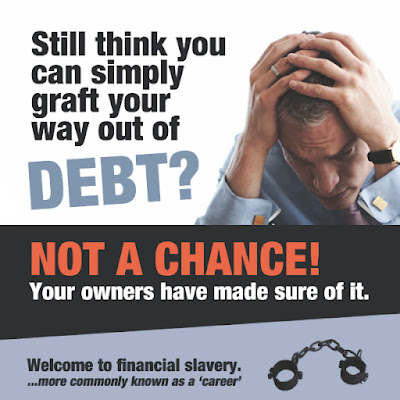 The object of the Socialist Party is to secure economic freedom for the whole community, ie, that all women and all men shall have equal opportunities of sharing in wealth production and consumption. The Socialist Party  is organised to assist our fellow workers, by a dissemination of its literature, to educate the working-class  into a knowledge of socialist principles and to prepare them to co-operate with the workers of all other races, colours and nationalities in the emancipation of labour. Political and social freedom are not two separate and unrelated ideas, but are two sides of the one great principle, each being incomplete without the other. Socialists believing in the necessity for working for the speedy realisation of a socialist society, must also work definitely to bring about the same. To do this we must unceasingly agitate, as by this means we can arouse some of the apathetic who would otherwise remain passive until doomsday; we must educate ourselves and the community by innumerable campaign meetings and the spread of socialist knowledge, and we must miss no opportunity at election times, not only of taking part in the work of elections, but also by bringing to the front and popularising those measures calculated to lead to the realisation of our ideal. Anti-socialists have been actively engaged, both in encouraging the ignorant to remain ignorant, and in the spreading of the falsehoods they themselves have concocted.

The  Socialist Party cannot support opponents of socialism, no matter what fine fellows they may be in other directions; and it is no secret that in the ranks of Labour Party are some who have no knowledge whatsoever of socialist principles, and therefore no appreciation thereof. Such a party must never expect to get the backing of socialists. We have also continually advocated the class war and by this we mean that we are conscious of the fact that present society is based on class domination, ie, the capitalistic class dominates in all countries, and the parliaments of the world are used as committees of the capitalist class to carry out their desires. Class antagonisms exist in every nation state, and these antagonisms are being daily accentuated. The immediate interests of the capitalists  are not in the same direction as the workers. The growth of the monopolies and corporations renders organisation of the workers increasingly necessary to check the harmful effects of the hostile and antagonistic capitalist factions. Therefore, while believing in the necessity for and possibility of getting rid of classes, we know that the way to do this is by the workers — quite distinct from the capitalistic parties — organising industrially and politically, and so conquering political power to facilitate the change and get rid of the modern class state, and establish a regime of co-operation when there will be no employing class outside of the employed, and where community of interests will be universally recognised.

Capitalist society will not collapse spontaneously. The economic bankruptcy of capitalist society confronts the working class with the necessity of the immediate struggle for Socialism. Now it ought to be obvious to every socialist that socialism will not come into existence unless the majority of the people are willing to struggle for socialism and that means that they have some idea of what it is. If the people who vote for a socialist do not do so because the candidate is a socialist but because they do not know that he is a socialist, of what earthly use can that be for achieving the socialist goal? Socialism must depend upon the consciousness of the working people and not upon their lack of knowledge. The idea that we should first be elected to office and then teach socialism to the masses is so utterly absurd that it should not even be discussed. It can be stated with the greatest of assurance that a candidate on socialist policies  who refrains from teaching socialism during the campaign, with the idea that he or she will do so after  elected will forget all about socialism while in office. The Socialist Party is and must be a political party throughout the year and not only during election campaigns.  No scan afford to forget for one moment the fundamental Marxist principle that we can achieve socialism either through the conscious action of the working class or we do not get it at all.

We of the Socialist Party have done something to usher in the new time. It is to be our privilege to do more, much more to help materially in securing the economic salvation of the working people.