We have heard it all before 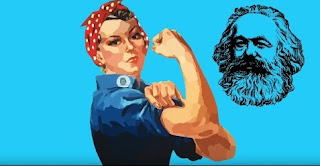 Most in the Socialist Party will agree that of all the questions put to them in their attempt to explain socialism to our fellow workers, “Who will do the dirty work” is among the most common. In fact, sooner or later during the process of convincing a worker, it is almost certain to come up.

We all know what is meant by the question. The enquirer is not alluding to the sharp practices of his masters, the betrayals of labour leaders, nor yet to our own exploitation. It refers to some of the jobs that are looked upon as dirty and degrading, and to which many fellow workers seem doomed to perform by the very nature of things.

They never mean those conducting autopsies, up to their elbows in blood and gore but those working in abattoirs, the badly paid dirty work.

The  Materialist Conception of History is one of the fundamental tenets of the socialist outlook. According to this theory ideas are the product of conditions, and not the other way round. Men have not started cut with original ideas of absolute liberty. Justice and equality and then striven to make a world that would fit them; what they have done is striven to make alterations in the economic and political framework that would fulfil their needs and then sanctified their proposals with moral maxims. Their ideas have been shaped by the world around and were limited by the social development so far attained and the immediate future which that development foreshadowed. Since the advent of private property, in the dim and distant past, moral, intellectual, political and religious ideas have been bound up with different forms of property ownership. These forms of property have split society into antagonistic classes which have engaged in bitter class struggles, each class striving to dominate society and serve its own interests As we look back through history we see that it is made up of these class conflicts and that it is they that are the vital thread from which progress has been woven— meaning by progress an ever wider adaptation to natural forces and the bringing nearer of the possibility of humanity, as a whole, achieving comfort, security and happiness.

Each new form of production has brought into being new social classes, a change in social relations, and a change in current ideas. The freeman and slave of antiquity looked upon the social world differently from the feudal lord and bondsman of the middle ages, and likewise capitalist and worker have different ideas from those of their mediaeval counterparts. To understand the ideas of a period it is necessary to examine the economic framework of the period from which the ideas are derived, because the economic framework is the dominating influence. Ideas carried over from old outworn systems are carried over into the new, in fact, as Marx puts it so well “the tradition of all past generations weighs like an Alp upon the brain of the living ” ; but these traditions are forced into the mould of the new system, though they may have some influence on the shape of the mould. The confused social outlook of a period, including the present, is the resultant of the mixture of ideas thrown up by the different classes that together make up society, but the prevailing, or the most insistent, ideas are those backed by the dominant class; and they remain so until another class becomes sufficiently conscious of its interests and strong enough to challenge the supremacy of the dominant class.

Under capitalism where the means of wealth production are owned and controlled by a minority, technology is developed and applied in their interest with the aim of maximising profit. To blame technology, rather than capitalism, for our problems is a mistake which leads to wrong, indeed absurd, conclusions.

The industrial revolution, carried out as it was within the context of capitalism, certainly worsened the conditions of many people at the time but it also created the material basis for a socialist society of common ownership and free access to wealth.

It is neither possible nor desirable to abolish industrial technology. Without it we would have to go back to a much harsher form of living. What is required is to change the basis of society so that technology can be developed and applied in the interests of the majority and not for profit.

We are all in favour of humans living in a balanced, sustainable relationship with the rest of nature but, even in the field of ecology and the environment, industrial technology is useful, indeed essential. Renewable energy sources such as solar power, wind power, tidal power and so on all involve the necessary use of quite sophisticated machinery and equipment which we would not be able to make and operate without the technological knowledge acquired since the industrial revolution.