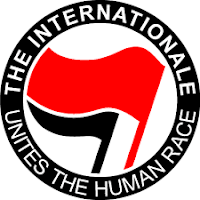 The capitalists assert they are too poor to pay workers a wage that will ensure a comfortable existence. Now surely this seems strange when wealth to the value of thousands of millions of pounds is used up providing warships, tanks, planes, guns and the men to use them and the people to supply these armies of men. The power of the working people, uniting all sections who recognise the need for social change and participate in carrying it through, as expressed and laid down through the elected Parliament, is alone capable of securing peace

The direct aim of all practical socialism today is the transformation of private ownership of the means of production into their common ownership and control by the community at large. The word socialism has come to be erroneously applied to any activity of the state or municipality in an economic direction, irrespective of what the nature of the activity or the state concerned is. Hence any industrial or commercial enterprise undertaken by a governmental body is labelled socialism nowadays. The mere form is here confounded with the content. Mere state-ownership does not mean socialism. The State of today is mainly an agent of the possessing classes and industrial or commercial undertakings run to-day by governmental bodies are largely run in the interests of the capitalist class. Their aim in all cases is to show a profit, in the same way as ordinary capitalistic enterprises.

This profit accrues to the possessing classes in the form of relief of local taxation, mainly paid by them, interest on loans, etc. In other words, these industrial undertakings are run for profit and not for use and their employees are little, if at all, better off than those of private employers.  Not only is nationalisation not socialism but has nothing to do with socialism.

Nor does socialism “worship the State” and aim at domination of the individual by an all-powerful State. The State “withers away” until the full direction is in the hands of a co-operative society producing for the benefit of all.

What is blocking the way to economic and social progress? The Socialist Party’s answer the system of profit-making, the ownership and control of industry by a few monopolists and bankers for their own gain and not for the benefit of the people. The solution for the ills of present-day society is the socialist ownership of the industries and production for the common good, instead of profits for the few. Socialism can be achieved only by the will of the people. The way forward  is through the establishment of socialism, which will open up a new  future for the people. The solution is to end the private ownership of the means of production and replace it with social ownership and production planned to meet the people’s needs, that is, socialism.

Socialism puts an end to wars and the danger of wars because under socialism there are no capitalists who are interested in war profits and the conquest of new markets. Socialism abolishes anarchy of the market and thereby puts an end to recessions and unemployment.

Social ownership ends the exploitation of man by man because it is through private ownership of the factories and workshops, mills and mines, the banks and lands that the wealthy minority exploit the great mass of the people. Social ownership frees the energies of the people and productive forces for mighty economic, social and cultural advances by means of socialist planning. Socialism does not destroy democracy, as the servants of the wealthy assert but, on the contrary, enormously extends democratic liberties. By ending the political, economic and financial domination by the clique of millionaires, socialism, for the first time, creates the conditions for the free expression of the people’s will. The only “liberty” that socialism ends is the liberty of the privileged class to own industry and amass wealth at the expense of the great majority.

Socialism ends all exploitation and oppression of the producers by a privileged parasitical class. The Socialist Party sees the future society as one of worldwide cooperation for the common good of all peoples. It means a peaceful, free world instead of one torn by rivalries, prejudices and war.