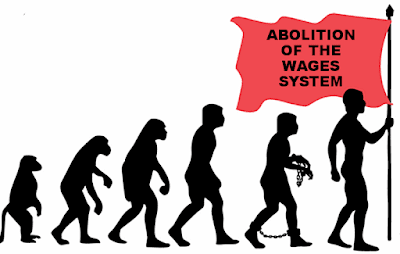 The Socialist Party appeals to the world’s workers along the lines of their class interests. The Socialist Party make no pretence of attempting to serve both capitalists and workers. That type of class collaboration is political sophistry of the party spokespeople of the capitalists. Capitalism is founded upon production for profit. Socialism will be built upon production for use.

A wave of real socialist development is gathering force, and it may not be long before the workers throughout the world will see that, in spite of the selling out of “labour leaders” and the dragging of the name of socialism in the mire of Leninism and the swamp of opportunist reformism, it yet holds a message of hope for the dispossessed when its basic principles are understood and acted upon. If all working people were to accept the oft-repeated statement that socialism is impossible it would remain so. The capitalists assert that socialism is impossible. But this is to be expected as capitalism means to the capitalist the continuance of his present luxury living while socialism signifies the end of it. One cannot expect the doomed to welcome the gravedigger.

Socialism only has a message for the working-class because, from a narrow point of view, it is they who will benefit from it. Socialism means taking from the rich the power to exploit the poor—from the idlers of the power to live on the backs of the workers. One cannot expect the oligarchs and plutocrats to do other than oppose socialism and urge upon workers its impossibility.

The capitalist system of society is based upon the private ownership of the means of wealth production and distribution, by a minority of the population. The majority of the population, being propertyless, are compelled to offer their services for sale to the capitalists, and receive in return sufficient to enable them to live and keep on working. Only the working class engage in the work necessary for production, but the wealth that results from the workers’ labour-power belongs to the capitalists, and therefore the system is an excellent one—for the capitalists.

The system is essentially a competitive one, and though the capitalists’ interests are identical to working-class interests, they are not identical in the struggle to secure the greater proportion of the profit accruing from the workers’ labour-power. This results in tremendous waste. In most industries there is more plant and machinery in being than is necessary to produce sufficient to supply the markets; consequently, many works are on short time, not working to their full capacity, or are actually closed down. Thoroughly up-to-date and efficient methods of production exist side by side with inefficient, almost obsolete, methods.

As people working together have produced the factories and machinery of the past under the domination of capitalism, they can do likewise in the future under the free institutions of socialism. Money is only necessary in a society where there is private ownership and trading and therefore some common means are needed in which to assess the values of diverse articles in order to facilitate exchanges. Where common property exists there is no exchange of goods but an equitable distribution on the basis of needs and therefore neither the necessity nor the room for money in any form. In other words, with socialism, the production and distribution of wealth would be organised on a scientific basis with the object of providing for each member of society the least amount of labour, the best conditions of labour, and the greatest amount of leisure—which latter one could employ in whatever work or play suited oneself. By this means, and only by this means, will unemployment, poverty and other economic evils that we suffer to-day disappear never to return. This is the aim of the Socialist Party.

But to achieve this end we must first obtain possession of political power, and this power in Britain is Parliament. There is only one party in this country taking the road that leads to socialism, and that is the S.P.G.B. Until the majority of workers are with us, and until we have a majority of delegates knocking at the doors of Parliament, the road to the new world is blocked.

The only problem the workers need to concern themselves about is their non-possession of the means of wealth production, the solution of which is in their own hands, by organising as a class, politically, to take possession of them. The Socialist Party is the only organisation which concentrates the workers’ attention on that problem. Labour right-wingers, who urge the workers to take an interest in their masters’ problems, and left-wingers, who urge them to attack separate features of capitalism, are equally side-tracking them from the thing that matters.