The Reality of Nationalism 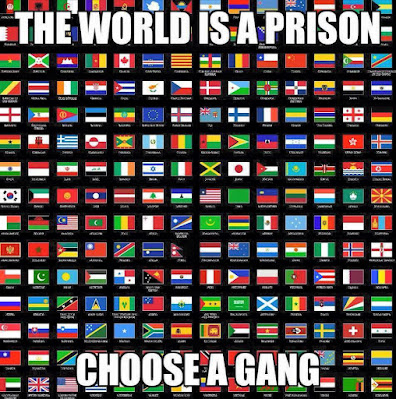 The Socialist Party often receives requests to give our support to various nationalist movements. We are not willing to give our support to political parties endorsing nationalism. As socialists, we are opposed to the exploitation of the toilers either by foreign or native exploiters. As that exploitation can be ended only by the achievement of socialism, through international working-class action, we are opposed to the nationalists who have capitalist aims and is not deserving of working-class support. We are also not prepared to associate with non-socialist political parties. It is of no real consequence to a worker whether he or she toils for the profit of a native-born employer or a foreign corporation. The real problem is the fact that the means of production are controlled by a class that forces us to labour and suffer to greater or less degree the miseries suffered by fellow toilers in other lands.

Many workers attribute their miseries to foreign rule rather than to the private ownership of the means of production. The different sectional interests of landlords, factory owners and traders will be a fruitful source of strife. The struggle for markets against Chinese, Japanese or any other international interests will add further fuel to the fire. And all the time the worker will toil and suffer, his or her needs forgotten under the new regime unless we assert ourselves in the only direction that will serve our interests.

Nationalist movements will not help workers to emancipate themselves from their subjugated conditions. Nationalism draws support from wealthy financiers and manufacturers who inflame national prejudice with the object of climbing upon the backs of the workers to positions of greater wealth and power. Too often have the workers’ aspirations for a better life been diverted into the chase after national independence which has gained them only a different flag to wave over their misery.

The fact that we are opposed to all nationalist movements does not mean that we acquiesce in the brutal suppression of workers who have been victims. We are opposed to the capitalist system wherever it raises its ugly head, but we know that the solution to the workers’ exploited position under it is the same everywhere. The only road to deliverance for the worker is the path to socialism, and we must travel along that road in brotherly harmony with the members of our class throughout the world. The remedy is not new nations for old but the abolition everywhere of capitalism.