For the Socialist Party socialism will be a world without frontiers; a world in which there will be no such thing as nations or national boundaries.

Nationalism is skilfully masked by socialist phrases, but it is all the more harmful for that reason. Protected by the language of socialism, it is less vulnerable and more tenacious. It spreads mutual distrust among the workers of the different nationalities.

The Socialist Party does not see secession as a way to liberation. It is not a cure for the economic social problems of Scotland and Wales. The remedy can only be socialism. Neither Welsh or Scottish sovereignty would not aid the class struggle against capitalism. Nationalism is altogether a mirage. Nationalism ties the working people to their own ruling class. Socialism unites the working people of the world against the capitalists. That is why many capitalists promote nationalism.

The Socialist Party has always held that socialism could not be established just within the framework of a single state, but only on a world basis. This was not because "socialism in one country" was necessarily a bad aim in itself, but because the development of a world economy under capitalism had made it a practical impossibility. Once capitalism had become an economic system dominating the whole world — as it did in the age of imperialism that culminated in the significantly named first world war — then the only kind of socialism that was possible was a world socialism.


Within the context of world socialism we still do not see a role for states, certainly not as coercive political institutions but not in the economic sphere either. There would indeed be a need for administrative and decision-making bodies at what today is called the national level, but these would not be "states” in the sense of a body exerting coercive political authority over a territory and its inhabitants. They would not be institutions ruling over people with the coercive force to impose their own will, but would be part of the institutional structure that would allow people to participate on an equal basis in the democratic running of their common affairs including the production and distribution of wealth. In short, genuine democratic control would replace rule by states.

As long as workers think in terms of “the country,” it is logical for them to be prepared to defend it. Thus all the horror weapons become “necessary” in the name of “defence,” because if “they have got them we have to have them.”

No ruling class is willingly going to “set any example” which would mean saying—“these are our oil-fields, markets and vested interests, but you, our rivals, can move in at will because we have no military might to support our claims.” It only has to be put like that to show how futile the peace movements are.

The present owners of the oil-fields, the land, investments etc., only came by them through robbery, plunder and force of arms. They realise that what they took by force can only be held by force; no national capitalist class is going to contract out of the rat-race in order to make way for their rivals. And if one ruling group did contract out, their loot would soon be snatched by whoever got in first and was militarily strong enough to hold it. Nothing basic would be changed. There would be one rival less and those remaining would be a little fatter. The capitalist classes of the major power blocs maintain their military machines for the purpose of protecting or expanding their spheres of profitable influence, nationally and internationally. This minority of people own the factories, the land and all those assets which go to make up the country. At the same time that the majority of people—the working-class—own nothing to fight about. Workers in all parts of the world have a common interest to get rid of the social system which condemns them to exploitation. They cannot do this in ignorance; they must realise what capitalism means and how to change it. 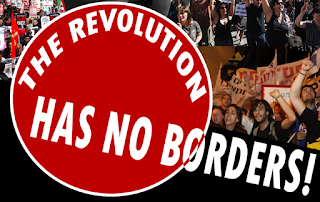