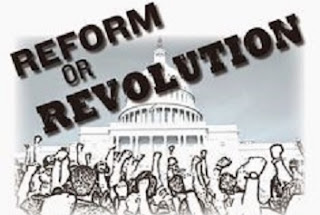 Everywhere we look, some part of the environment is under threat. For every one of these that the environmental movement tries to address, more arise. The number is growing daily and giving greater cause for concern. Our natural surroundings has always been under attack since the development of the capitalist system of production and distribution. Today’s worries are seemingly fraught with far more potential disasters than those of the past. Chemical waste is poured by the thousands of gallons into rivers daily, stretching to the limit the biosphere’s ability to cope with such problems. Raw and partially treated sewage is pumped into the seas while oil-based chemical fertilisers, with their own production pollution, are used in ever increasing quantities on the land which will result, some say, in the eventual breakdown of the delicate natural structure of arable land. More and more information is coming to light.


The more an environment campaigner studies such problems, the more he or she is convinced of the inevitable long-term result of such seemingly careless attitudes throughout the modern world — catastrophe. So why are such policies and production methods continued?

The Socialist Party answer to this question is that it is the capitalist economic system which gives rise to such policies and production methods. The unfortunate truth in the world today is that it is profitable to pollute.

Many environmentalists seek to slow down growth which they say will lead to a stable sustainable society. Far from being a stable society capitalism fosters competition, waste, alienation, frustration and war.

Capitalism is fuelled by growth and expansion and must strive for larger and larger markets. Listen to the businessmen’s complaints, if GDP growth is only forecast at a small increase. We must have bigger growth rates say the government, the CBI and the trade unions all concurring that what is required is higher productivity.


We call on environmentalists to study the Socialist Party’s case for a society not owned by a small minority who run a society geared to the buying and selling of commodities including our labour power. Until workers, including the environmentalists, use the vote to oust the capitalist system and install socialism, the environmental movement will be another dead end for genuinely concerned individuals to travel. At best the environmental movement can act as a brake, a brake easily released when economic constraints permit. At worst it engages enthusiastic, vigorous individuals in a futile struggle for reforms which even if ‘won’ only lead to further problems.

Join the Socialist Party the world over to prevent the disastrous future that capitalism represents. Society needs to be changed. Few people doubt that. To the members of the Socialist Party the answer to the problem of capitalism would seem obvious. Food, fuel and clothing, like all other needs should be freely available to all human beings. The revolutionary understands that one single cause creates the social ills which face us and that is the capitalist system. A system called world capitalism is the root cause of the social problems which afflict us and therefore it is world capitalism which must be abolished and replaced by a totally new social system where production is solely for use: socialism. That is the analysis and the objective of the revolutionary socialist.

The Socialist Party is not in the business of reforming capitalism, for to do so is to make repairs to a structure which is only fit for immediate demolition. That is not to say that socialists oppose reforms: we do not. Our opposition is not to reforms, some of which will have a benefit but to reformism — the belief that it is worth bothering to reform capitalism.


The Socialist Party does not advocate reforms. If we did we would be conceding that socialism is not an immediately practical proposition. We say that the socialist way of running society could now solve the global warming problems facing humankind and that no amount of reforms, however long we would have to wait for them, could improve society in the way that socialism could as an immediate change. If we adopted a reform programme as a "meantime" or "minimum" policy there would be two consequences: firstly, all kinds of people who accepted our reform demands but who regarded socialism as being of little or no practical importance, would join us and become a majority, so converting the Socialist Party into yet another "radical" capitalist party; secondly, as soon as we went into the game of competing with other parties to offer reforms it would be a sure thing that the revolutionary aim of socialism would be transformed into a utopian demand for the future, to be brought out on ceremonial occasions to satisfy the minority of revolutionary members. Other parties which started out with socialist intentions have gone that way but the Socialist Party, based in all ways and at all times upon firm revolutionary principles will not be diverted. No environment activist looking for a way out of the mess of the present social disorder can be allowed to waste their hopes and energies on the treadmill of futile reformist politics. That is why The Socialist Party is hostile to reformism — not to reformers as fellow workers, but to reformism which wastes their sincerity and that is why if you are a reformist now is the time to make the great political step forward from struggling to mend capitalism to uniting consciously to end it. The conflict between human needs and the needs of the buying and selling system can be seen throughout society today, together with the universal insanity which it breeds. Technology could be adapted for useful purposes, to satisfy human needs in health, housing and food.