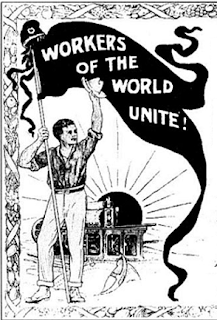 The aim of the Socialist Party is the establishment by democratic means of a cooperative commonwealth in which the supplying of human needs and enrichment of human life shall be the primary purpose of our society. In spite of great economic expansion and technological innovation, large sections of working people do not benefit adequately. Wealth and economic power continue to be concentrated in the hands of a relatively few private corporations. The gap between those at the bottom and those at the top of the economic scale has widened. Millions around the world still live in want and insecurity. Slums and inadequate housing condemn families to a cheerless life. In short, our world is still characterised by glaring inequalities of wealth and opportunity and by the domination of one class over another. The growing concentration of income and wealth has resulted in a virtual economic dictatorship by a privileged few. Our political democracy which will attain its full meaning only when our people have control in the management of the means by which they live. Our planet’s resources are not fully utilized. Its use is governed by the dictates of private economic power and by considerations of, private profit. Similarly, the scramble for profit has wasted and despoiled our soil, water and air. The lack of social planning results in a waste.

Unprecedented scientific and technological advances have brought us to the threshold of a second industrial revolution. Opportunities for enriching the standard of life are greater than ever. Unless there is a fundamental change in our economic structure, the evils of the past will be multiplied in the future and will result in even greater concentrations of wealth and power and will cause widespread distress through unemployment and the displacement of populations. Economic growth accompanied by widespread suffering and injustice is not desirable social progress. The Socialist Party reaffirms its belief that our society must must build a new relationship among mankind--a relationship based on mutual respect and on equality of opportunity. In such a society everyone will have a sense of worth and belonging, and will be enabled to develop his or her abilities to the full. With the creation of the Co-operative Commonwealth regulating production and distribution to satisfy peoples needs and not the making of profits will be the over-riding principle.

The goal of the Socialist Party is to replace the present capitalist system, with its inherent injustice and inhumanity, by a social order from which the domination and exploitation of one class by another will be eliminated, in which economic planning will supersede unregulated private enterprise and competition, and in which genuine democratic self-government, based upon economic equality will be possible. The present order is marked by glaring inequalities of wealth and opportunity, by chaotic waste and instability; and in an age of plenty it condemns the great mass of the people to poverty and insecurity. Power has become more and more concentrated into the hands of a small irresponsible minority of financiers and industrialists and to their predatory interests the majority are habitually sacrificed. When private profit is the main stimulus to economic effort, our society swings wildly between periods of feverish prosperity in which the main benefits go to speculators and profiteers, and of catastrophic recession, in which the working [people’s normal state of insecurity and hardship is accentuated. We believe that these evils can be removed only in a planned and socialised economy in which our natural resources and principal means of production and distribution are owned, controlled and operated by the people. The new social order at which we aim is not one in which individuality will be crushed out by a system of regimentation. What we seek is a proper collective organisation of our economic resources such as will make possible a much greater degree of leisure and a much richer individual life for every citizen.

This social and economic transformation can only be brought about by political action, through the election of a political party inspired by the ideal of a Co-operative Commonwealth and supported by a majority of the people. We do not believe in change by violence. We consider that both the other parties are the instruments of capitalist interests and cannot serve as agents of social reconstruction, and that whatever the superficial differences between them, they are bound to carry on government in accordance with the dictates of the Big Business interests who finance them. The Socialist Party aims at the capture of political power in order to put an end to this capitalist domination of our lives. It is a democratic movement, financed by its own members and seeking to achieve its ends solely by constitutional methods, if possible. It appeals for support to all who believe that the time has come for a far-reaching reconstruction of our economic and political institutions and who are willing to work together for the carrying out the transformation of our social system. Reforms are of only temporary palliative, for the mortal sickness of the whole capitalist system, and its social ills cannot be cured by the application of ameliorations. These leave untouched the cancer which is eating at the heart of our society, namely, the economic system in which our natural resources and our principal means of production and distribution are owned, controlled and operated for the private profit of a small proportion of our population.

The Socialist Party will not rest content until it has helped to eradicate capitalism and establishment the Cooperative Commonwealth. 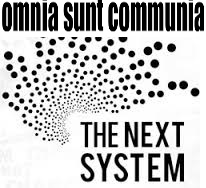