Learn a Lesson While In Lockdown 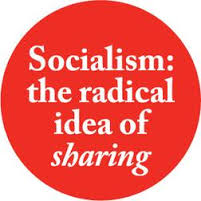 The work of the Socialist Party requires active participation from our fellow-workers who agree with the urgent need for a socialist society. It’s no good sitting back and complaining that too few agree with us; the only solution is to carry out a campaign to tell them what is in their political interest. We need to put across our ideas to fellow-workers. The Socialist Party is only as strong as its support for it. You can agree with what we say and ignore us if you like. But can you ignore capitalism? The wages system with production for profit is the root cause of all our social ills. Reforms of the law can do next to nothing. To end exploitation we must abolish the wages system. There is no other way.

Let us make clear why it is the Socialist Party opposes the profit system. It is based upon the minority ownership and control of the means of wealth production and distribution. It is a class society in which a minority own the means of life and the majority—the working class— own nothing and therefore have to sell their labour power to an employer in return for a wage or salary. So the profit system is socially unequal. The capitalist class needs to employ the working class as the labour of the latter is the source of the profit of the former. The profit consists of the difference between the capital expenditure of the employer and the values created by the employee. Labour creates values over and above the value of labour-power. Because wages represent the price of labour power and not the value of the commodities produced by labour, the workers always receive less than they have produced. In short, they are exploited. The profit system is exploitative and unequal and the consequence is an unending conflict of interests between wage labour and capital. The capitalist needs profits. It is in the interest of workers not simply to increase wages, but to abolish the wages system. And the only way to get rid of the wages system is to abolish the profit system. the Left encourage the workers to go for higher wages and urge them to go for better conditions under capitalism. Only the Socialist Party opposes the profit system as such.

Socialism is a system of society that is designed to accommodate rational human beings. State interference in terms of taxation and welfare reform is not the aim of the Socialist Party. We do no advocate state-capitalism, although both Labour and Tory Governments have gone in for nationalisation. The State is the coercive organ of the capitalist class.

The Socialist Party looks forward to an age when there will be no class divisions and therefore no State.


Socialist ideas and organisation are crucial at this moment. We have to find ways of reaching out and involving millions of people who are starting to question the way our society operates. As we now witness no social crisis unfolds in just one sector of society. Workers have discovered not only are we the source of the corporations’ profits but are responsible for the smooth running of society. We have learned that work is organised on the collective basis of social co-operation and a division of labour.

We are encouraged to believe that capitalism is the natural and only way for people to live. But there are alternative, more equitable ways of running society. Capitalism has given working people tremendous power, power which runs factories, hospitals, schools, transport systems. This power creates all the things that we need as human beings – and often things which we do not need, such as armamnets, but because they hold the political power, the capitalist class controls and uses this power for its own ends and its own profit. But the collective power that is used to run a factory can also be used to stop that factory, so it can be used to run it in the interests of the workers themselves. This social cooperation is on a huge scale, is precisely how capitalism is organised. How is it then, we may ask, that the people simply take over running it?

One reason, of course, is that we are constantly told we are not capable of running things – in school, in the press, on television. The whole current of ideas in society tells us that workers work, following orders handed down from above, and that this is the natural order of things. Slaves used to believe that slavery was natural too. Many dismiss socialist ideas as Utopian. It’s a good idea, they say, but people are too greedy and selfish for it to work in practice. If they look around, they will see that each and every day we work together co-operatively on a massive scale and we can watch the living experience of co-operation and solidarity being displayed. Because of the COVID-19 pandemic we have now learned how society is run and also learned that collective organisation and action can challenge capitalist society, And how we gain confidence in ourselves by our mutual aid and self-help initiatives. Collaborating and cooperating in a consensus is central working people.