Workers in both countries are the losers 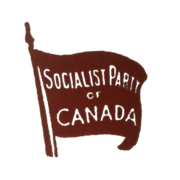 Canada's trade minister, Mary Ng, said she is disappointed at some of the protectionist measures being pushed by the Biden government, though she isn't discouraged from partnering with Canada's largest trading partner.

She doesn't like the,'' Buy American'', provisions in Biden's new infrastructure bill, which are making it difficult for non-American companies to bid on lucrative pro[1]jects. Biden is motivated by the interests of the capitalist class in the U.S. as Ng is its counterpart in Canada.

In such a situation there can only be one loser, the working class in both countries.