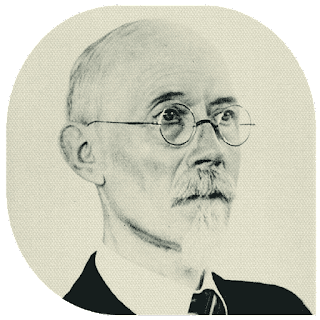 Pannekoek is Dutch for pancake

Many anarchists are sympathetic to his Marxist version of Council Communism, particularly what they perceive as his anti-partyism and his argument that the working class should organise into workers councils for the purpose of capturing power.

However, further reading demonstrates that Pannekoek was not so far apart from ourselves as it might first appear.

“Anton Pannekoek, the Dutch writer on Marxism, states his position in the bluntest of terms. Writing in an American magazine, Modern Socialism, he says: 'The belief in parties is the main reason for the impotence of the working-class . . . Because a party is an organisation that aims to lead and control the workers'.
Further on, however, he qualifies this statement:
'If . . . persons with the same fundamental conceptions (regarding Socialism) unite for the discussion of practical steps and seek clarification through discussion and propagandise their conclusions, such groups might be called parties, but they would be parties in an entirely different sense from those of to-day'.
Here Pannekoek himself is not the model of clarity, but he points to a distinction which does exist.”

The article went on to say that it was not parties as such that had failed, but the form all parties had taken “as groups of persons seeking power above the worker” and continued:

“Only Socialism can guarantee the conditions of a life worth living for all. Because its establishment depends upon an understanding of the necessary social changes by a majority of the population, these changes cannot be left to parties acting apart from or above the workers. The workers cannot vote for Socialism as they do for reformist parties and then go home or go to work and carry on as usual. To put the matter in this way is to show its absurdity . . . The Socialist Party of Great Britain and its fellow parties therefore reject all comparison with other political parties. We do not ask for power; we help to educate the working-class itself into taking it”.

Pannekoek wished workers' parties to be “organs of the self-enlightenment of the working class by means of which the workers find their way to freedom” and “means of propaganda and enlightenment”.

Similar to the role and purpose as seen by the Socialist Party.

Also to be recommended is Anton Pannekoek's Lenin As Philosopher, an analysis of Leninism as a non-Marxist theory, the ideology of the development of capitalism in Russia in the form of state-capitalism.

For a flavour of Pannekoek is one of the articles he wrote for the Western Socialist, "Public Ownership and Common Ownership", where he differentiates between the two:

”The acknowledged aim of socialism is to take the means of production out of the hands of the capitalist class and place them into the hands of the workers. This aim is sometimes spoken of as public ownership, sometimes as common ownership of the production apparatus. There is, however, a marked and fundamental difference.

Public ownership is the ownership, i.e. the right of disposal, by a public body representing society, by government, state power or some other political body. The persons forming this body, the politicians, officials, leaders, secretaries, managers, are the direct masters of the production apparatus; they direct and regulate the process of production; they command the workers. Common ownership is the right of disposal by the workers themselves; the working class itself — taken in the widest sense of all that partake in really productive work, including employees, farmers, scientists — is direct master of the production apparatus, managing, directing, and regulating the process of production which is, indeed, their common work.

Under public ownership the workers are not masters of their work; they may be better treated and their wages may be higher than under private ownership; but they are still exploited. Exploitation does not mean simply that the workers do not receive the full produce of their labor; a considerable part must always be spent on the production apparatus and for unproductive though necessary departments of society. Exploitation consists in that others, forming another class, dispose of the produce and its distribution; that they decide what part shall be assigned to the workers as wages, what part they retain for themselves and for other purposes. Under public ownership this belongs to the regulation of the process of production, which is the function of the bureaucracy. Thus in Russia bureaucracy as the ruling class is master of production and produce, and the Russian workers are an exploited class.

In Western countries we know only of public ownership (in some branches) of the capitalist State. Here we may quote the well-known English “socialist” writer G. D. H. Cole, for whom socialism is identical with public ownership. He wrote:-

“The whole people would be no more able than the whole body of shareholders in a great modern enterprise to manage an industry . . . It would be necessary, under socialism as much under large scale capitalism, to entrust the actual management of industrial enterprise to salaried experts, chosen for their specialized knowledge and ability in particular branches of work” (p. 674).

“There is no reason to suppose that socialisation of any industry would mean a great change in its managerial personnel” (p. 676 in An Outline of Modern Knowledge ed. By Dr W. Rose, 1931).

In other words: the structure of productive work remains as it is under capitalism; workers subservient to commanding directors. It clearly does not occur to the “socialist” author that “the whole people” chiefly consists of workers, who were quite able, being producing personnels, to manage the industry, that consists of their own work.

As a correction to State-managed production, sometimes workers’ control is demanded. Now, to ask control, supervision, from a superior indicates the submissive mood of helpless objects of exploitation. And then you can control another man’s business; what is your own business you do not want controlled, you do it. Productive work, social production, is the genuine business of the working class. It is the content of their life, their own activity. They themselves can take care if there is no police or State power to keep them off. They have the tools, the machines in their hands, they use and manage them. They do not need masters to command them, nor finances to control the masters.

We do not speak here, of course, of a socialist or communist society in a later stage of development, when production will be organized so far as to be no problem any more, when out of the abundance of produce everybody takes according to his wishes, and the entire concept of “ownership” has disappeared. We speak of the time that the working class has conquered political and social power, and stands before the task of organizing production and distribution under most difficult conditions. The class fight of the workers in the present days and the near future will be strongly determined by their ideas on the immediate aims, whether public or common ownership, to be realized at that time.

If the working class rejects public ownership with its servitude and exploitation, and demands common ownership with its freedom and self-rule, it cannot do so without fulfilling conditions and shouldering duties. Common ownership of the workers implies, first, that the entirety of producers is master of the means of production and works them in a well planned system of social production. It implies secondly that in all shops, factories, enterprises the personnel regulate their own collective work as part of the whole. So they have to create the organs by means of which they direct their own work, as personnel, as well as social production at large. The institute of State and government cannot serve for this purpose because it is essentially an organ of domination, and concentrates the general affairs in the hands of a group of rulers. But under Socialism the general affairs consist in social production; so they are the concern of all, of each personnel, of every worker, to be discussed and decided at every moment by themselves. Their organs must consist of delegates sent out as the bearers of their opinion, and will be continually returning and reporting on the results arrived at in the assemblies of delegates. By means of such delegates that at any moment can be changed and called back the connection of the working masses into smaller and larger groups can be established and organization of production secured.

Such bodies of delegates, for which the name of workers’ councils has come into use, form what may be called the political organization appropriate to a working class liberating itself from exploitation. They cannot be devised beforehand, they must be shaped by the practical activity of the workers themselves when they are needed. Such delegates are no parliamentarians, no rulers, no leaders, but mediators, expert messengers, forming the connection between the separate personnel of the enterprises, combining their separate opinions into one common resolution. Common ownership demands common management of the work as well as common productive activity; it can only be realized if all the workers take part in this self-management of what is the basis and content of social life; and if they go to create the organs that unite their separate wills into one common action.

Since such workers’ councils doubtlessly are to play a considerable role in the future organization of the workers’ fights and aims, they deserve keen attention and study from all who stand for uncompromising fight and freedom for the working class.”