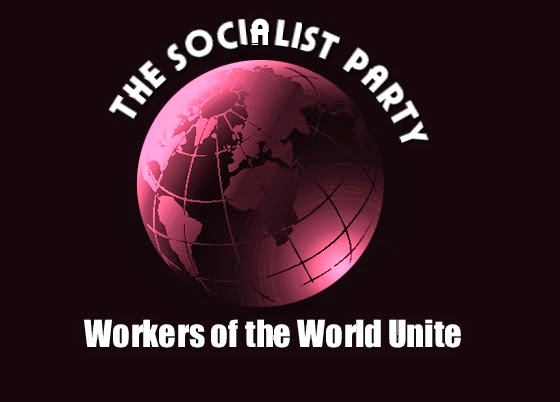 If survival as a human species is our primary goal, then deep changes are necessary to the way we organise ourselves socially. Many people believe that socialism means government or state ownership and control. Who can blame them when that is what the schools teach and what the media, politicians and others who oppose socialism say? Worse, some people and organisations that call themselves socialist say it, too—but not the Socialist Party. Socialism is something entirely different. Socialism means economic democracy. If socialist societies are to be run by, of and for the people, then the people have to be in charge and that includes within the economy. In socialist society there would be no wage system. No longer would workers live under the fear. We argue that socialism is the only solution. Marx opposed the leveling-down egalitarianism prevalent among the socialist and communist currents in the early 19th century. The goal of socialists is not to reduce people’s wants to some preconceived minimum. Rather, it is to realise and expand those wants. In a socialist society, everyone will have access to the great variety of material and cultural wealth accumulated over the course of civilisation. We socialists aspire to a future society in which all can pursue the creative scientific and cultural work hitherto restricted to a privileged few. The goal of socialist revolution is to resolve the contradiction at the heart of capitalism by collectivising the means of production, thereby making the bounty of society available to all and unleashing the productive forces.

Under capitalism the industries operate for one purpose—to earn a profit for their owners. Under this system, food is not grown primarily to be eaten. It is grown to be sold. Cars are not manufactured primarily to be driven. They are made to be sold. But if people lack money then these factories shut down and the country stagnates, no matter how much people need these commodities. Capitalism emerged from feudalism in Europe. Merchants or others were using accumulated wealth as means to hire workers. The latter, often refugees from feudal manors, survived in a new way: selling their capacity to work. The wealthy got wealthier by selling the outputs in emerging markets and taking the profits. Europe's transition from feudalism to capitalism took centuries and grew into today's capitalism. In all previous ages of human history, poverty for most of the people was inescapable. There was simply not enough to go around. But not so today. Industrial technology and scientific knowledge have so vastly increased our ability to produce what we need and want that there is no longer any excuse whatsoever for the poverty of a single member of society. Today we have the material possibility of abundance for everyone, and the promise of the leisure in which to enjoy it.

Limited resources are not the primary threat to humans; it is artificial scarcity – a social phenomenon – which threatens future survival by siphoning wealth to an infinitesimally small percentage of people thereby depriving the majority of people a sustainable living standard. Artificial scarcity is the engine of wealth concentration under capitalism. Socialists seek the end to artificial scarcity propose the common good. Socialism requires first and foremost a change in thinking from the idea that some people must always lose to the idea that everyone can win.

Freed from the restrictions of profit-making, modern productive techniques could provide the abundance that would allow a socialist world community to introduce free access, according to need so that no man, woman or child anywhere on the planet need go without adequate food, clothing, shelter, healthcare or education. Socialism means plenty for all. We do not preach a gospel of want and scarcity, but of abundance. We wish to abolish poverty and to provide abundance for all. We do not call for limitation of births, for penurious thrift, and self-denial. We call for a great production that will supply all, and more than all the people can consume. Such a great production is already possible, with the knowledge already possessed by mankind.

We conceive of socialism, not as an arbitrary scheme of society to be constructed from a preconceived plan, but as the next stage of social evolution. The architects and builders of the socialist society of the future will be the socialist generations themselves. We are quite sure of this and refrain from offering these future generations any instructions or blueprints. Tomorrow does not belong to us. We can only point out the general direction of development, and we should not try to do more. We can tracing some of the broad outlines of probable future development, if not the details.

The limitations on abundance are to be found in the social and political structures of nations and in the economic relations among them. Abundance already exists potentially today and it is clear that every new technological development makes the case for socialism even stronger. Socialism can only be built upon abundance -- which could only be achieved by pooling the combined industrial power and resources of all the world, not of just one country or region alone.
By ajohnstone at November 15, 2014