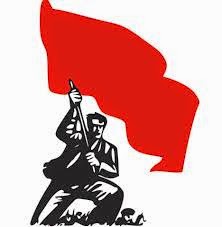 Would you help to abolish crime, disease and despair from the world? Then abolish poverty which is the cause. Would you abolish poverty? Then assist us in abolishing the wages system, the cause of poverty. Revolution and emancipation of labor from its wage slavery could only be accomplished once labor finally realized the capitalist system had outgrown its usefulness. The only system that could solve the plight of abused workers worldwide is socialism. However, socialism is only a valid answer if composed of workers, not leaders. The greatest need of the world today is men and women who can popularise the knowledge that is laid away in musty tomes in the libraries. We want free thinking men and women.

The Socialist Party asserts the current system cannot be patched up so the workers will get what is coming to them. The wage system is a slave system that supports more idlers, and keeps them in greater luxury, than any system of society in the past. Socialists say it must go, to make way for a system based on freedom, on equality, on mutual aid, on cooperation. Socialism is not a reform, it is a revolution.

When we speak of the means of production, the wealth of the country, we mean that wealth which is necessary for the production of the necessities of the people. The industries, the railways, mines, and so on. We don’t propose the elimination of private property in personal effects. We speak of those things which are necessary for the production of the people’s needs. Governments are primarily instruments of repression of one class against another. We visualise, as Engels expressed it, a gradual withering away of the government as a repressive force, as an armed force, and its replacement by purely administrative councils, whose duties will be to plan production, to supervise public works, and education, and things of this sort. As you merge into socialist society, the government, as Engels expressed it, tends to wither away and the government of men will be replaced by the administration of things. The government of a socialist society in reality will be an administrative body, because we don’t anticipate the need for the police, jails, repressions, and consequently that aspect of government dies out for want of function.

Socialism is not some "plan" that the Socialist Party is going to implement. We are often accused of that, but that's utopian system-building. Socialism is a system of society that the working class is going to establish by prosecuting the class struggle to a victorious conclusion. We today don't have to have the answers to everything. We haven't got them and it would be stupid and arrogant of us to think we could have. All we can say with certainty is that the common ownership and democratic control of productive resources would provide a framework within which all the problems humanity faces can be dealt with, certainly a better framework than the present one of minority ownership and control. The rest can only be speculation, interesting and instructive perhaps but not a "plan". Having said that, when the socialist movement is much larger and nearer to winning then, yes, we are sure, groups of workers will be drawing up plans on what to do when capitalism is ended, but we are nowhere there yet. Our role at this point in history is to "make” socialists and to keep the idea alive.

In this programme, the trades-union and the Socialist Party, the economic and political wings of the labour movement, should not only not be in conflict, but act together in harmony in every struggle whether it be on the one field or the other, in the strike or at the ballot box. The main thing is that in every such struggle the workers shall be united, shall in fact be unionists and no more be guilty of scabbing on their political party than on their union, no more think of voting for a pro-capitalist party on election day and turning the working class over to capitalist robbery and misrule than they would think of voting in the union to turn it over to the capitalists and have it run in the interest of the capitalist class. To do its part in the class struggle the trades-union need no more go into politics than the Socialist Party need go into the trades. Each has its place and its functions. The union deals with work-place problems and the party deals with politics. The union is educating the workers in the management of industrial activities and fitting them for co-operative control and democratic regulation of industry, - the Socialist Party is recruiting and educating the political force that is to conquer the capitalist forces on the political battlefield; and having control of the machinery of government, use it to transfer the industries from the capitalists to the workers, from the parasites to the people.

On the other hand, trade unionism is by no means the solution of the workers’ problem, nor is it the goal of the labor struggle. It is merely a capitalist line of defense within the capitalist system. Its existence and its struggles are necessitated only by the existence and predatory nature of capitalism. The organised labour movement has the instinct that the workers of the world are bound up together in one common destiny; that their battle for the future is one and that there is no possible safety or extrication for any worker unless all the workers of the world are extricated and saved from capitalism together.

Until the workers shall become a clearly defined socialist movement, standing for and moving toward the unqualified co-operative commonwealth, while at the same time understanding and proclaiming their immediate interests, they will only play into the hands of their exploiters, and be led by their betrayers. It is the Socialist Party that who must point this out in the right way. We do not to do this by seeking to commit trade-union bodies to the principles of socialism. All those ‘revolutionary’ motions put to trade union conferences of this sort accomplish little good. Nor do we take a servile attitude toward the unions , nor by meddling with the details or the machinery of the trade-unions. It is better to have the trade-unions do their distinctive work, as the workers’ defence against the encroachments of capitalism, as the economic development of the worker against the economic development of the capitalist, giving unqualified support and sympathy to the struggles of the union movement in the economic sphere.

But let the Socialist Party also build up the character and strength of the socialist movement as a political force, that it shall command the respect and confidence of the worker, irrespective of union obligations. It is urgent that we so keep in mind the difference between the two developments that neither shall cripple the other. The world socialist movement, as a political development of the workers for their economic emancipation, is one thing; the trade-union development, as an economic defence of the workers within the capitalist system, is another thing. Let us not interfere with the internal affairs of the trade unions, or seek to have them become distinctively political bodies in themselves, any more than we would seek to make a distinctive political body in itself of a tenants association.

But let us concentrate upon developing the socialist political movement as the channel and power by which workers to come to their emancipation and achieve their commonwealth. It is of vital importance to the trades-union that its members be class-conscious, that they understand the class struggle and their duty as union men on the political field, so that in every move that is made they will have the goal in view, and while taking advantage of every opportunity to secure concessions and enlarge their economic advantage, they will at the same time unite at the ballot box, not only to back up the economic struggle of the trades-union, but to finally wrest the government from capitalist control of the State.
By ajohnstone at November 20, 2014