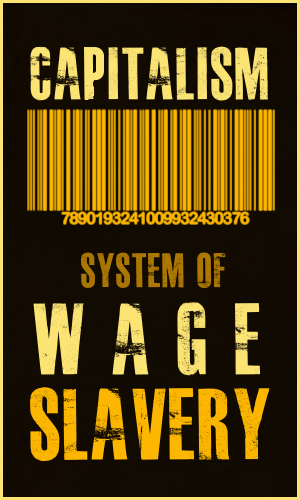 Long ago, technology promised that it would free us from the mundane tasks of life and work so we would have more free time to enjoy ourselves. It was long heralded the imminent arrival of the "post-industrial society" in which automation will have done away with work and our main problem will be how to cope with an excess of leisure. But it is only in a rational (i.e., socialist) society, where the means of life serve the community as a whole, that higher productivity will equal less work and capitalism is not a sane society.

Capitalist production is not primarily about supplying needs it is about making profit and accumulating capital. It can only work with a constant market pressure to renew its capacity for sales. Under capitalism a surplus of commodities, in excess of market capacity means they cannot be sold for a profit. This can bring about recession, workers thrown out of jobs, governments having to pay out more in doles when strapped for cash trying to finance a reasonable health service, it means companies going bankrupt. It means the whole mad market system being thrown into yet another crisis simply because the goods cannot be sold. These are some of the destructive features of a money-driven economy which is long past its sell-by date.

Work has been "rationalized" as well as increased. That means greater intensity of effort and reduced opportunity for rest, social interaction, and even going to the toilet during the workday. It means "variable" or "flexible" schedules flexible for the boss, not the worker with more night and weekend work to keep costly machinery in nonstop operation. Many couples now meet only to hand over the kids as they change shifts. And while some are mercilessly overworked, others are thrown out of work altogether, all in the name of profitability.

In socialism, with the abolition of the market, and acting with voluntary co-operation, people will produce goods and distribute them to stores without any of the barriers of buying and selling. The cash tills will disappear, shoppers won't be held up and the operators won't have to do their boring, meaningless jobs. What it also means is that for the production of component parts of machinery or household goods, etc, intense production runs using automated systems could supply not just sufficient components for immediate use but also stocks for anticipated future demand. These could be distributed as and when required and this would be an economical use of production facilities which could then be either shut down until when required again or with different tooling used for other production runs. The important point being that in socialism this could happen without any of the problems and chaos that an oversupply of commodities for the market causes under capitalism.

The problems of unemployment are huge – worldwide problems affecting millions in some countries and billions globally if we include the massive numbers of 'informal' workers, those recognised as outside of the system, many of them non-persons living on the very edge of existence with no access to even the basic services. Many are suffering the misery of unemployment while much useful, necessary work remains undone. One of the contradictions of capitalism. We want free time, to reduce the working day so that we can move beyond the tyranny of survival into free and creative mutual activity. Both employment and unemployment are capitalism preventing our human development in this direction.

If we were to approach the problem from a different angle we could see how to turn something totally illogical into something that would work better for everybody wherever they are in the world. Doing this would entail ridding ourselves of useless work and wasted time and effort and result in getting the work that is widely recognised as necessary to be done for the good of the people done, by the people. Useful includes the production and distribution of material goods and food, scientific research and development, aesthetic and artistic endeavours, service of all kinds including installations, communications, infrastructure, maintenance, health, education, recreational, technological and social; producing and providing the goods and services required and needed by society as a whole on an ongoing basis. Work that offers no product, service or benefit to society must surely be considered useless work. What cannot be considered useful or necessary includes all the jobs currently involved in the huge financial industry; jobs which are tied to the movement of money from one place or person to another. Being considered unnecessary because they produce nothing of use, provide no useful service and are of no benefit to society a large number of institutions would be redundant. All banking establishments, insurance companies, tax collection, benefits and pension offices, to name a few, would no longer be required and, as a consequence, many buildings would be freed up for use to be decided upon by civil society whilst technicians, office and other associated staff would be available for more people-beneficial work schemes.

In socialism everyone would have the opportunity to contribute to the community for as long as they could. Their contributions would not have to be strictly rationed nor controlled and all would be able to share in the common produce. The creation of second class cast-off workers known as pensioners would cease to be and in its place we could have a fair share for all. The struggle for such a society is in our immediate practical interest.
By ajohnstone at November 17, 2014

Email ThisBlogThis!Share to TwitterShare to FacebookShare to Pinterest
Labels: work