For a World Without Borders 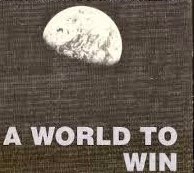 The large-scale movement of people has a long history. Migration has always been high on the agenda of the ruling classes, particularly in the core capitalist economies, as they have sought to balance the need for migrant workers to fuel expansionary periods of capitalism against picking up the bill for reproducing and maintaining these workers. The use of migrant workers also allows the receiver country to externalise the costs of renewing the labour force. The state uses migrant workers to fill gaps in the labour market but does not pay any of the costs of them or their families settling. Migrant workers play a distinct role in capitalism both as a “reserve army of labour” and as a means of raising the rate of exploitation for some employers will try to employ migrant workers even when indigenous workers are available because they assume that migrants’ status will make them easier to exploit. There is nothing new about the idea of a reserve army of labour. In 1845 Federick Engels wrote, “English manufacture must have, at all times save the brief periods of highest prosperity, an unemployed reserve army of labour, in order to produce the masses of goods required by the market in the liveliest months”. Under capitalism, immigration will always be a tool of the capitalists to maximise their profits. This has not always taken the form of encouraging freer movement. Sometimes it has meant the opposite. For example, in Capital, Karl Marx refers to the Lancashire cotton manufacturers successfully preventing starving cotton workers from emigrating to the colonies, to keep them as a ‘reserve army of labour’ and thereby hold down wages.

Migrant workers are especially useful as part of the reserve army of labour because they can quickly be expelled. The use of migrant workers is inextricably linked to the agenda of increasing labour “flexibility”. In the UK the supply of migrant workers from outside the European Union is turned on and off like a tap to provide flexible, seasonal, low cost labour. With the free movement of labour within the EU the stop-cocks to control the flow of workers has proved more difficult to turn. One section of the ruling class does not benefit from migrant workers and therefore does not want to bear the costs, while another section has been keen to defend the benefits of immigration. These tensions between different capitalists, with different labour market needs, creates difficulties for states as they attempt to manage migration. The capitalist world market developed in a contradictory fashion, from the nation state. At some stages, the importance for capitalism of ‘freedom of trade’ was to the fore. At others, the importance of national barriers. Today the productive forces have long outgrown nation states, and yet still remain partially constrained by them. Capitalism’s attitude to migration reflects this contradiction. This split was evident in the example of two reports. A Home Office report, citing the support of the Institute of Directors and British Chambers of Commerce, puts a strong case against linking immigration to depressed wages or increased unemployment. Another study tells yet another story, concluding that immigration has a positive effect on the wages of higher paid workers but lowers the wages for those in lower paid jobs. While there is pressure on the wages of the worst paid workers, it is not the case that migrant workers are responsible for this. The drive for “flexibility” and lower wages goes back much further than the arrival of workers from Eastern Europe. Privatisation, outsourcing and subcontracting have intensified competition over the past two decades in industries such as cleaning and other badly paid service sector jobs as well as construction. Undoubtedly, though, some employers in individual factories and workplaces have sought to employ migrant workers on poorer pay and conditions of service.

The existence of migrant workers offers the possibility of divide and rule, bosses have not always been successful in their unbridled exploitation of migrant workers. It is worth recounting a dispute in Sweden when Latvian workers were brought in to refurbish a school by the subcontractor on 9 euros an hour, rather than the nationally agreed 15 euros. The Swedish Byggnads union picketed the site and drew accusations of xenophobia from bosses and the Latvian government. The response of the Swedish union was not to demand “Swedish jobs for Swedish workers”, but to place a full statement in the leading Latvian newspaper inviting workers coming to Sweden to join the trade union. Solidarity between workers is not automatic AND the existence of separate racial and ethnic groups could lead to either unity or fragmentation, depending on the role played by workers associations. The disputes in the UK construction industry and in oil refineries in January 2009, under the slogan of “British Jobs For British Workers”, were a salutary lesson in the importance of uniting indigenous and migrant workers, and of the role of trade unions. While it is true that some sectors are dominated by these migrant workers, for instance in agriculture and food processing, they are also employed alongside British workers as bus drivers and on building sites. Where Polish workers have been in organised workplaces they have been on strike alongside British workers.

We should we see migrants in the way that employers do, as simply units of production:They don’t only migrate to work. The categories – asylum seeker refugee, economic migrant, long-stay tourist, family member, business visitor, student - merge one into one another, and people impose their own wishes on the system. All of them, apart from the very rich, need some means of material support, but this is not necessarily the only reason why they move, or stay. Capitalism is a system based on divide and rule, and successive governments in Britain have resorted to xenophobia to try to set workers against one another. Workers are rightly fearful of the attacks on their working conditions and standards of living  but the danger is that migrant workers will be used as scapegoats. It is crucial for socialists to argue that blame does not lie with migrant workers. The imposition of austerity across Europe has created cut-throat competition, which is compounded by a capitalist system with anarchy at its heart. History shows that migrant and indigenous workers can fight alongside each other for a better world and can win. As socialist internationalists we argue for the end of borders. A socialist one world would be one without passports, much less detention centres and deportations. It would also be a world without what is described as ‘push’ factors pressurising people to move to different countries: war, environmental disaster and poverty. A democratic socialist world plan of production would be able to harness the enormous science and technique created by capitalism, and the world’s natural resources, to meet the needs of the population in every part of the world. Those deciding to move to other parts of the world would therefore do so out of genuine choice.

While Tory and Labour Party politician talk ‘tough’ on immigration there can be no question of socialists supporting anything that would make it impossible for Polish, Romanian or any other workers to migrate to and remain in the UK. No capitalist government can implemented completely open borders, which would be too politically destabilising for them to contemplate. Capitalism is not capable of overcoming the limits of the nation state. Only by fighting for a world socialism is it possible to overcome the barriers of the nation state and to create a world without borders.
By ajohnstone at November 28, 2014

Email ThisBlogThis!Share to TwitterShare to FacebookShare to Pinterest
Labels: immigration