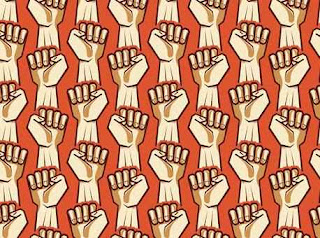 We are living in a time when the comforts of life, and all the material wealth needed to bring happiness to every human being, can be produced in abundance. There is no need whatever for one human being to go hungry or homeless. Man’s inventive genius has developed the tools that abundance possible to all. But between that abundance and its enjoyment by all men, women and children an obstacle is interposed. That obstacle is the modern social system, capitalism, and its defenders and beneficiaries are the capitalist class. Working people, young and old, male and female, black and white, instead of fighting the capitalist, with wealth and freedom as the prize at stake, fall to fighting each other; and the stakes in that conflict are: death to the loser; poverty, misery and wage-slavery to the winner.

What socialism proposes is the good things of life for everybody. No more poverty anymore with its filth and sickness and vice. In order to enjoy abundance for all, we must do something. Socialism proposes something very definite to do which is this: Take to ourselves the vast new technology and use it for producing new wealth for all instead of producing profits for a few. The only reason we are not all well off now is that a few people own these great inventions and refuse access to them except when they can make a profit for themselves. If we collectively owned the factories and transport and mines and mills ourselves and all of us worked at them to produce wealth for our own use and happiness, all the troubles of poverty would disappear at once. The only thing that lies between us and a positive future is this private ownership of the means of producing wealth. Socialism proposes to do, in order to get wealth for all, is to take possession of the instruments of wealth production and run them for the use of all. With the emergence of the era of abundance we have the economic base for a true democracy of participation, in which men no longer need to feel themselves prisoners of social forces and decisions beyond their control or comprehension. In socialism economic planning is to be done on a local level and the workers are to control the means and mode of production. Workers would be more motivated as they are creating products, not to fulfill the demands of a capitalist market but the needs of the community.

"Human nature" (i.e., what humans do) does vary a lot depending on social and economic conditions. However, we should not forget that we are evolved creatures and so we are not a blank slate (as some suggest). Luckily, evolution has made us co-operative, egalitarian apes which makes socialism a possibility -- indeed, we have lived as sharing social animals for most of our history as a species (property and state are relatively recent developments.) We know not what the people will do when they control the means by which they make their living, but we believe they will use them in their own interest and with a reasonable degree of intelligence. If they do, they can accomplish these results: