Socialism is the ONLY answer! 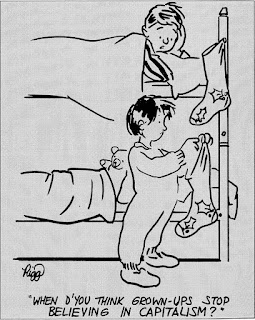 The future of humanity calls for an end of the profit system. Capitalism is an outmoded and exploitative system that needs to be changed for the salvation of humanity before it’s too late. We’d better learn and act now. Today the bosses own. Tomorrow the workers will own in common the means of production and would therefore be in a position to control and direct distribution in the interests of the majority of people. The working class must make its stand against the capitalist system – whose lust for profits and interest, for investments, markets and expanded capital, for raw materials and cheap exploitable labour, can mean only exploitation and abject wage slavery. Then ALL the peoples of the world will indeed be free.

With socialism, there will be no wages at all. There will be no prices or market in the sense of goods obtainable only on the basis of paying for them. Under socialism, men and women will receive a share of what has been produced by the common social labour. They will receive it on the basis of having participated in that social labour in one way or another, and not, as in capitalism, on the basis of the amount of expended energy which must be replenished. The latter is the way workers receives their “share” under capitalism; the capitalist receives his “share” because he owns the means of production and can buy the worker’s labour power. Under capitalism, workers, receives wages which simply go to refurbish him for another work-week or whatever. And so it goes on for the worker under capitalism – a continuous treadmill (perhaps only broken periods of unemployment or sickness. The exploitation of wage labour is the exploitation of one class by another class—the working class by the capitalist class—and is not necessarily the exploitation of the individual worker by his or her employer. Unless we understand this, the class struggle is only a meaningless phrase.

If you are a wage-working man or woman, your life is conditioned upon having access to a job; you must establish yourself as an employee to some employer. To establish this relationship you must possess something which the employer requires in the business in which he is engaged. You have the power to produce wealth—labour power. It is the only thing you have, but it is an essential factor in industry. In fact all capitalist industry is predicated upon the existence of men and women like you who have no other way to live, except by offering their life energy, labour power, for sale. The labour power of the workers in nearly all industrial occupations is used in connection with other expressions of power such as steam, electricity, gas, water, gasoline and horses. Labor power differs from these other powers in that it not only expends itself but expends itself intelligently and directs, controls and uses these other power expressions. The brain of the worker, as well as his arms and legs, is a factor of his labour power. The other powers would as likely injure as serve without the guidance of labour power. The worker sells his labor power and receives in return a wage, out of which he must provide the means of life for himself and his dependents. The boss buys labour power because he needs it to operate his establishment, whether that be a factory, a mine or a farm. The most up-to-date equipment is valueless as a means of producing wealth unless the magic influence of labour power sets it in operation. It is not a philanthropic motive that inspires the boss to employ the wage worker; it is because he must employ him, or fail in his enterprise. When he does employ the labourer he drives as hard a bargain as he can, which means that he will pay the laborer as little as the labourer will work for. But the least the labourer is inclined to accept, on the average, is a wage sufficient to maintain him and his family according to the standard of living obtaining among the workers. And this standard is what determines his wage. The labor time necessary to produce values equal to that required to maintain and reproduce the laborer sets the exchange value of his labor power, or the wage of the worker. As you will see later this is what determines the relation of all commodities to one another—the amount of socially necessary labour time contained in them—and, as labor power is a commodity, its exchange value is similarly determined. But labour power, unlike other commodities, besides being part of the worker is associated with the aspirations, hopes, ambitions and will of the owner. That is, as well as being a commodity, it has human attributes, and being inseparable from the labourer has the effect of reducing him to a commodity basis. In capitalist society he is not only a producer and seller of a commodity—labour power—but is himself practically a commodity—a package of labour power wrapped up in a human skin. As dead workers cannot be exploited it stands to reason that the workers must be kept alive if their exploitation is to continue. The boss is not at all concerned about how the workers live just so they are able to deliver to him the labour power for which he bargains with them. A favourite argument on behalf of capitalism is that “labour needs capital and capital needs labour.” This is not at all so, for capital in that connection is meant to disguise the capitalists. Labour does not need capital as capital. What labour needs, and will eventually have, is the instruments of production, without their character of capital. This character, which is a character imposed upon the means of production, the workers will destroy without injuring these tools, without so much as even scratching the paint on them. Only the instruments, without their capitalist ownership, are necessary to labour.

With socialism, goods are produced for people’s use and NOT for the profits which they bring in to bosses. Labour power is no longer regarded as a commodity to be bought and sold. It is not purchased at all, let alone purchased at the lowest possible price to keep it alive and able to produce more value. People, inside socialism, will work and produce useful goods. But they will produce these for their mutual needs and for their mutual development. The sufficiency of goods which people and machines can create will be given to men and women to develop their bodies so that their minds can grow rich in the wealth of human knowledge, esthetic appreciation and artistic creation. From day to day, from week to week, and from year to year, the spiral of possible individual activity will widen as human productive and intellectual achievements increase. Freed from the necessity of working for the bosses the time that each person must work will be small, yet the goods produced for all to enjoy will be plentiful. Once people have been freed from the capitalist system, they will also have been freed from wage labour, price and profit. That is why, instead of the conservative motto, “A fair day’s wage for a fair day’s work,” workers must inscribe on their banner the REVOLUTIONARY watchword: “Abolition of the wage system!” Socialism is the ONLY answer! 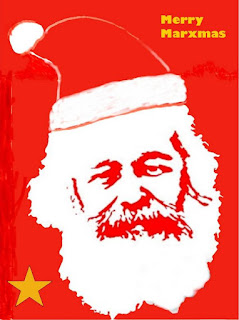