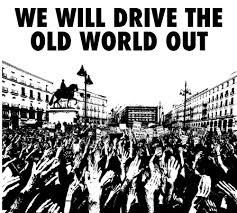 The socialist cause needs to be clearly articulated. People do not want the problems of capitalism but they still do not understand clearly what they want as an alternative. Capitalism is detestable – but isn’t socialism detestable also? Wasn’t socialism what they had in Russia which they rejected because it was even more unfair than capitalism? The Socialist Party argues that real socialism, is the only alternative to capitalism; and it is still worth fighting for.

It is necessary, at various stages, to re-examine and analyse the principles, policies and tactics of the World Socialist Movement to consolidate and refresh the ideas. The movement of the working class does not proceed in a straight line. The working class does not come to revolutionary conclusions easily. There is the problem of tactics as tactics, and not as for-all-time strategies. The most vital need for all socialists is a proper sense of history and an appropriate sense of proportion - without these we are lost. Our current strength and resources are extremely small. That has always been our curse. Nevertheless we have not succumbed to the reformist pressure constantly upon us.

As socialists, we supported no capitalist party. Voting for the Conservatives or the Labour Party means supporting both parties’ attacks against the working class and especially the most vulnerable. Capitalism is a decadent system that offers no future for workers. We are ruled by a minority against the interests of the majority.

“That this emancipation must be the work of the working class itself.” says our Declaration of Principles. No small groups of conspirators could bring about the changes we believe are necessary to change the world. This will take the power of the great majority of the people organised determined to introduce socialism. Of course there are some who believe that the people of our country are an unintelligent mass who can’t think for themselves, who will never move against the injustices that beset them daily, and that the fate of the people rests in the hands of a small number of the most intelligent or most courageous and active who will take action themselves without waiting for the “common herd”. According to such people it is inspired leaders who make history and not ordinary men and women. We, in the Socialist Party, oppose to such ideas. We recognise, of course, that some individuals have played a big part in making the history of the world, and there have been influential men and women in the socialist movement, but their ideas have only been effective when the people have been convinced that these ideas are correct, are beneficial for them. So all our efforts are directed towards getting the great majority of the people to right their own wrongs, to take action themselves in their own interests and we have confidence in the ability of the people to do this. We have always argued against those who have a contempt for the people and who take “short cuts” by acts of individual violence or terror which we know from bitter experience do not advance the peoples’ interests but hold them back.

The great majority are ruled by a small minority who, because they own and control the industries, mines, ships, banks, etc., also control the livelihood of the workers who work for them? This small minority is actually a dictatorship which decides, on the basis of whether it is profitable for them or not, whether a man or woman will work or not and how he or she will work. The worker has no say whatsoever in this vital matter.

The objective of the Socialist Party is a classless society where the people as a whole own the means of production (factories, mines, etc.) and where production is for people’s use, not for private profit. The principle of society is “from each according to ability, to each according to needs”. Production will be of such a high level that there are abundant commodities for every member of the community and each member helps oneself according to need.
By ajohnstone at December 04, 2015