We Can Build a Better World 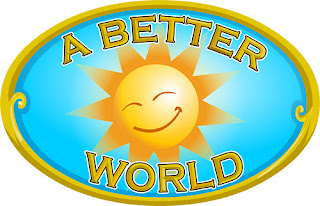 The amount of pollution that individual people contribute through their day-to-day activities is relatively very small and practically irrelevant. The main perpetrator is the business interests which control the corporations which run the industries which produce almost all the pollution. Yet in the face of the activities of such companies it is an absurd suggestion to expect the governments to turn and bite the hands that feed them. There is a need to recognise the fact that the source of most pollution is business and to acknowledge that the corporations are not about to cut its profits for anybody. Business has not cut its profits to end disease or to avoid wars. There’s no reason to expect them to do such a thing in order to stop pollution. There are forces in today’s world which are anti-life — the ruling class, which is content to maintain its rule as the entire society rushes towards oblivion. Climate change is the direct result of the crazy, profit-motivated system we live in. And so long as that system is allowed to continue, environmental destruction will continue and increase. Today we must look ahead to the future where socialism, as a more advanced social system, will be built on the powerful productive capacities now thwarted by capitalism.

A system of exploitation, violence, racism and war stifles our lives. Capitalism thrives on the private ownership of society’s wealth and production – production involving the interconnected efforts of millions of working people. The rich have one basic goal in life: to make more and more profits, and they accomplish this by dominating the economics, politics, and cultural life of the planet. The capitalist class will throw workers out into the streets to starve, promote violent racism, and build military arsenals that can destroy the world several times over – anything for profits! This is an irrational and unjust system. But life does not have to be this way. We can improve our lives and society, and we can eliminate exploitation and capitalist injustice, by overturning the capitalist system. We can replace capitalism with a rational and humane system – socialism. Socialism is a social system where social wealth is genuinely controlled by society and for the benefit of society; where the common good, not profits, becomes the chief concern; where the everyday working people become the rightful masters of society. If the working people, and not the owning and employing class, controlled the great resources of our society, we could improve all our lives.

The aim of socialist industrial production is not profits but the prosperity of the people. The pollution of water, food and air is caused by the greed for profit. This could be abolished if the resources of the countries of the entire planet could be organised rationally to produce a healthy environment. It is not a technical problem as some imagine. It is a class and political problem. While capitalism remains, the resources produced by the labour of the workers will be squandered. All the resources for a world of abundance, without pollution, disease and squalor, exist at the present time in skill, technique and science. They are the same resources used to produce pollution and destruction. They cannot be used for constructive purposes till the capitalist system of profit-making is overthrown. Grim reality teaches that the alternative posed by Marx and Engels of socialism or barbarism has been transformed into a world socialism or extinction. Against this insane capitalist system the Socialist Party raises its voice in protest and condemnation. A social order must be organised. It must be one in which production is carried on to satisfy human needs and wants. The socialist revolution has become a historical necessity and possibility. There is no other choice today but for the working people to organise to struggle and, one day, win socialism.
By ajohnstone at December 11, 2015