There is Another Way 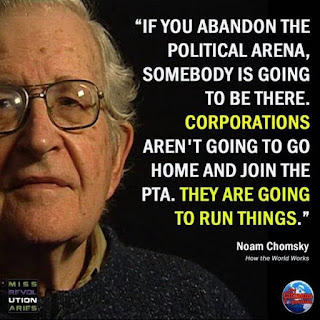 One of the basic proposition of socialists is that capitalism, even at its most liberal, remains a system of domination and exploitation. It is a system which involves the concentration of economic power, based on the private ownership and control of the main means of production and the maintenance and defence of this system possesses strong tendencies towards an ever-greater concentration of political power and a corresponding erosion of civic, political and democratic rights. There is an increasing centralisation of production and finance into fewer and fewer hands, while at the same time the dynamic of competition governs the system ever more ruthlessly as global corporate giants and anonymous financial markets compete over rates of profits. A vast reserve army of the unemployed has emerged even in the major capitalist countries. Old industries are abandoned or ‘rationalised’; and through constant mergers and speculation new areas of accumulation are fostered on a global scale. ‘Peripheral’ capitalist nations are weighed down by enormous debts, whose ‘recycling’ is accompanied by demands from creditors for ‘austerity’ measures on the part of the debtors; and these measures naturally fall most heavily upon already desperately impoverished populations. A ‘debt crisis’ continues to grow, and threatens to engulf the whole capitalist world in yet another economic cataclysm. All the while militarism is ever more blatantly a necessary prop of accumulation. Further still, the evidence grows daily of the undemocratic lengths to which capitalist governments are prepared to go to protect their interests and not only in foreign lands, but right at home domestically as the ‘strong state’ is combined with the ‘free market’. The ruling class seeks to its own view of how people should live – so that ‘virtue’ comes to mean accepting one’s social position, ‘honesty’ means leaving the rich to get richer, And the state, by using its power to try to make society cohere, in fact acts to make the exploited classes accept the rules laid down by the ruling class.

There is no doubt important differences between countries. More is done by way of welfare in Sweden than in Britain; and in Britain more than in the United States. But in all cases, social relations based on domination, exploitation and competition continued to structure the everyday experiences of the populations of advanced capitalist countries; and the reforms which were then achieved by dint of pressure and struggle remained limited by the social relations of capitalism. So long as the development of the welfare state and state intervention appeared to offer the possibility to alleviate some of the economic and social ills produced by the logic of capital accumulation for the majority, there are many people on the Left who believe capitalism could gradually be reformed out of existence by ‘incremental’ advances on many fronts. In short, the case for ‘gradualist reformism’ has been easier to make, even if the actual reforms that were achieved have serious limitations. Now, even these reforms need to be defended against the attacks and cuts. It is surely past argument that all such reforms, in the context of capitalism, are extremely conditional. The idea that reforms are in place forever once they are established and that the only remaining issue is the pace and scope of further advance, has been demonstrated to be no more than an illusion. Labour Parties have so far mainly sought legislation to regulate and constrain capitalist power but the point, however, is to dissolve it, and to replace it with a democratic, cooperative and egalitarian social system. The Keynesian welfare state reproduced the basic division between rulers and ruled, and did very little to tackle the undemocratic nature of capitalist democracy. Nor was it ever to be expected that it would or could.

Some critics of capitalism such as Richard Wolff and Gar Alperovitz talk about alternative socially useful production, based on the needs of society and (thus the needs of the employees and ordinary people.) alternative production is, not only what is to be produced, but also how it is to be produced. How the work is to be organised so that it’s not just fair but also pleasant. Within these new models of cooperative production goods shall be designed and manufactured more for the needs it fulfils than for the profit it might make and should not waste energy or resources, neither in its manufacture, nor in its use. The product should not harm the environment nor deprive workers of their initiative, creativity, or job satisfaction. Prosperity isn’t only higher living standards, but also the right to a meaningful job built upon the capability of workers to bring an endless wealth of ideas, knowledge and imagination.

The main lines of ‘new’ economic thinking emerge quite clearly. Wolff and Alperovitz have presented together two quite different things. At one level, they are concerned about propaganda about the superiority of life under socialism. This is nothing new and has always formed an important part of the socialist case. The other thing that they have done is to suggest an alternative for production under capitalism. Even if the alternative model of production is established in this or that factory it will not and cannot insulate the working class from the consequences of the compelling drive of capitalism to make profits and to increase profits. Capitalists, capitalist states, even worker-directors, cannot break loose from that objective necessity of speed-up, sackings, replacement of human beings by machines, cutting corners on health and safety, etc., etc., for that is the logic of the capitalist system itself. The dream of alternative production is not a panacea which neatly skirts all of these real constraints. There are two results from this alleged cure-all. First, the question of commercial viability is introduced into the argument by the workers themselves. Second, it hands to all other employers a golden opportunity for diverting the prospect of struggle into one of negotiation where a wonderful store of initiative and imagination is opened up to them, a host of new possibilities for profitable production are presented. But of course, they will grasp it in their own way. Reformism is strengthened by giving workers a place in the capitalist economic system through the development and articulation of cooperatives, but such is not the road to a socialist revolution by the working class. Socialists have always argued the case for alternative production in one sense: the idea that in a socialist society production will be for need and not for profit. Devoting time, energy and resources to drawing up detailed plans for such production in a capitalist society will ultimately be disillusioning and demoralising at best or strengthen capitalism at worst.