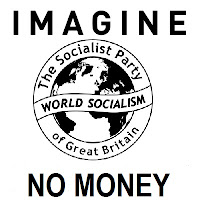 We know that most workers today do not consider themselves revolutionaries but isn’t it time to give a revolutionary party an opportunity to be heard? While today only a few workers are revolutionaries, over time through workers seeing their own power in action, more and more workers will see that we could run society ourselves and do away with capitalism. The socialist alternative that we advocate today will become more widespread. More and more workers will join to build a true party of the working class. But we freely confess that presently the weakest point of our organisation is the serious lack of roots in the working class movement.

Throughout the world workers are threatened by the capitalists. When workers protest against lousy pay and lousy working conditions, the bosses remind us that there are millions of workers without jobs who would gladly take our positions. Workers are pitted against each other for a shrinking number of jobs. Only the bosses can benefit from that. By uniting against its real enemy, the ruling class, we can fight against the growing racism and anti-immigrant agenda which is dividing workers in today’s capitalist society. Gradual transition to socialism, to gradually implement socialism through parliamentary reforms are doomed to fail. Socialists offer a critique of the limited nature and palliative character of reforms

Critiques of capitalism on the Left have increasingly tended in recent times to be piecemeal, and specifically related to immediate ‘problems’, shortcomings and failings over a multitude of issues. In other words, criticism on the Left tends to be directed at one aspect or another of the workings of a social order dominated by capitalism, without this criticism being related to the nature of the system as a whole. A socialist critique, on the other hand, is distinguished by the connections which it always seeks to make between specific ills and the nature of capitalism, as a system wholly geared to the pursuit of profit, whose dynamic and ethos suffuse the whole social order, and which necessarily relegates all considerations other than the maximization of profit to a subsidiary place, at best, in the scheme of things. There are many people on the Left who accept all this, and more, but who go on to argue that the failures, shortcomings and derelictions of capitalism require by way of remedy greater state intervention, regulation, direction and prohibition, rather than common ownership, which is declared to be irrelevant. It is an attractive argument, since it appears to dispose so easily of all the great complications and problems which are certain to attend the implementation of common ownership and the argument is all the more attractive since it has been possible to achieve a good deal of regulation of capitalist enterprise. The trouble, however, is that this intervention has not normally impaired very materially the power of capitalists to make decisions of major local, regional, national and international importance without much or any reference to anybody. A more radical measure of interventionism is possible in crisis circumstances, but is difficult to maintain effectively, at least in capitalist-democratic conditions, against the opposition, ill-will, circumvention and sabotage which it is bound to encounter on the part of business. Nor obviously does interventionism change the essential character and dynamic of capitalism. In short, intervention and regulation, are no substitute for democratic common ownership, if the purpose is the radical transformation of the capitalist system.

Socialists share the understanding that all social institutions and historical processes are in the last analysis determined and structured by social relationships which in turn are determined by the relations of production which are dominant in the society. Thus all social institutions and historical processes must be ultimately explained by their contribution to the mode of production or, to contradictions in the mode of production, or among different modes of productions. Also agreed by socialists is that since the decline of primitive communism and until the overthrow of the last class society the historical process and social institutions are permeated with the struggle between different classes (as defined by their relation to the means of production). Classes are the primary historical and institutional actors and thus an analysis of all major social struggles and processes must be a class analysis of which class is acting on what other classes. The labour Theory of Value/The Theory of Surplus Value developed by Marx explains that virtually all wealth in a class society is produced by the productive class which does not own the means of production, but which must produce for the owning class as a condition for its eating. The owning class always requires that the producing class produce more than is returned to it as the condition of its labor. Thus the wealth owned by the owning class is a result of the exploitation of the surplus value from the producing class. The state in all class societies tends to be a dictatorship of the owning class and operates in the interest of the owning class against the interests of the producing class.

It is necessary to patiently educate our fellow workers as to the necessity of taking power into their own hands. The revolutionary transformation of society need not be bloody violent revolution and to maintain this is both historically faulty and dangerous – since it might provoke adventurism, scare workers away and needlessly call down repression. If more workers are to be won to the cause of socialism it is clear that we must greatly advance in our ability to explain the advantages of a socialist world and how we can achieve it. Today, with the economy still suffering from the protracted slowdown, rising unemployment as well as an obvious crisis of ideological and social values, working people are increasingly dissatisfied with the status quo. However, this discontent does not necessarily translate into support for the revolutionary socialist option. While there are many reasons for this, one of the most important is that at the present time the socialist alternative does not appear so attractive to many. First of all, the word “socialism” was in the popular consciousness closely associated with the USSR and Eastern Europe. While these regimes are not socialist we still never stop hearing that these countries typify what socialism means. Not only did the old Soviet Union and its satellites repeat this endlessly to cover up the fierce exploitation of workers in their societies, but the Western media also take up the same refrain, point their fingers at Russian despotism and saying, “Look, that is socialism.”

It is clear we must improve our explanation of socialism. We must repudiate the stereotypes and distortions of what socialism is and show working people the very real achievements of our class. We must make a start because the study, debate and discussion of these issues are essential if the socialist movement is to win more workers. Working people remain open to socialism and are looking for change. But they remain to be convinced that socialism can provide them with a better life – greater democracy and improved material well-being. To respond to their hesitations and answer their objections socialists must debate the definition of the type of society we would like to see established. We must be sure to stress that the blueprint of this new society does not exist in some text, nor can they be mechanically imposed from above. It will be forged by the working people as we advance in our struggle.
By ajohnstone at December 03, 2015