Is there life after capitalism 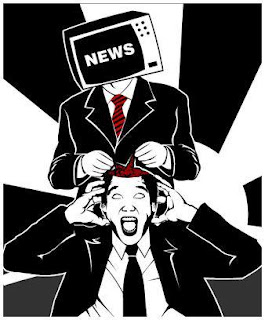 The Socialist Party members regard themselves first and foremost as practical people dedicated to changing the world. We are rightly suspicious of those who merely talk about the injustices and the evils of capitalism and never seem to translate their words into political action. Changing the world implies knowing about it in the process of changing it, and change implies self-change and self-consciousness. In demystifying capitalism, socialists shows how humanity can bring about its own emancipation. The first step in the words of Marx is ‘to raise the proletariat to the position of the ruling class, to win the battle of democracy.’

Who are we? Where do we come from? Where are we going? What are we waiting for? What awaits us? Many only feel confused because they do not know why and with what. Theirs is a state of anxiety and fear. When workers first begin to study history and social development from the Marxist point of view known as historical materialism it is as if a blindfold was suddenly stripped from their eyes. For the first time the past - and not only the past but the present -begins to make sense, and events and affairs which before were incomprehensible become clear. One can in fact begin to acquire a new insight into political and economic systems, into governments and their policies, into the origins of wars and revolutions, into the activities of nations and the social forces within them: in fact, into all of the major spheres of human activity and knowledge. One can begin to understand, almost literally, what makes the world tick. We hold that socialism is moreorless inevitable. But whether it comes in our lifetimes or 500 years hence is a matter of how much people desire it and are willing to struggle for it and by no means does it follow that mankind only has to sit on his hands and await the inevitable. The question of active work to promote socialist consciousness is decisive. Hence the need for a genuinely socialist party but it is people who are the real makers of history.

Working people throughout the world are experiencing deteriorating conditions both at work and in society in general. The capitalist system dominates our lives. What is this domination based on? It is based on the fact that the means of production – the mines, the buildings, the machines, and the land – is the private property of the small but powerful capitalist class. Workers do not own the means of production. Therefore workers are forced to sell their labour-power to capitalists in order to survive. We all know that the capitalists do not pay us for the amount of work we do. They are only willing to pay us wages for part of the value we produce, only the wages which are absolutely necessary to maintain ourselves and our families. The rest of the value we produce, the surplus value, gets converted into their profits when they sell the products, the goods and services, we produce for them. This process is the exploitation of labour...where a portion of our labour becomes their only source of profit! It is the law itself that upholds the rights of private property, especially their right to rip off part of the value of our labour. It is the law itself which upholds the oppressive authority of the bosses over us in our work. And it is the force of the police, the courts, the prisons, and the armed forces that are used against us when we resist. The entire government is a tool of the capitalist class. History has shown that ownership of the means of production is decisive in determining who has power in any society. Putting that control in the hands of those who produce the wealth, the working class, is the first step in creating the basis for real equality among all people.

The history of the exploitation and oppressive character of capitalism is also a history of the revolutionary workers’ struggles to abolish capitalism and build socialism. The history of capitalism is also the history of workers spontaneous militant resistance. At first individually and then collectively in unions, workers have struggled for a greater share of the wealth they produce. The wages and benefits we enjoy above subsistence are largely the result of militant struggle by the working class. The economic struggle has had to take on the government – police attacks, court injunctions, spies in the unions, government troops. Concessions have been wrenched from the capitalist class – the right to form unions, the right to strike, protective legislation. But concessions are never permanent and we see them being constantly chipped away. We are losing what our class has won in the past. Our understanding of capitalism shows that the interests of the propertied capitalist class are opposite those of the property-less working class. Greater profits and wealth for them means lower wages and deteriorating living conditions for working people.

Talk! talk! talk! Hypocritical cant is filling the airwaves to the confusion of many people. Young workers do the fighting and dying for the greater glory (and profit) of their capitalist masters. The world is bristling with armaments. Under capitalism war is inevitable. If you, fellow-worker, desire to abolish war, we say: Abolish capitalism with all its misery and replace it with a system of production for use and not for profit – all over the world. War calls for a radical cure, for a revolutionary surgeon’s knife to exterminate class society, and not a reformist salve to heal the ulcer and retain the body of capitalism. As long as capitalism exists we will continue to suffer wars. These wars bring profits to the industrialists. They bring death and destruction to the people. It is the propaganda of the ruling class that promotes national chauvinism, the idea that people of one nation are superior to the people of other nations. This is the same nationalism, a false patriotism, which, in effect, advocates that workers from the various nations should destroy each other for the sake of profits ... profits that go to the very people who exploit all workers! We oppose those ideas that seek to divide the peoples of the nations! We oppose all war! But only when we abolish private ownership of the means of production, only when we abolish imperialism itself, will we abolish the conditions it creates, including war. The worldwide struggle for socialism is also a worldwide struggle to end all imperialist wars.
By ajohnstone at December 18, 2015