What is the difference between "socialism" and "communism"? 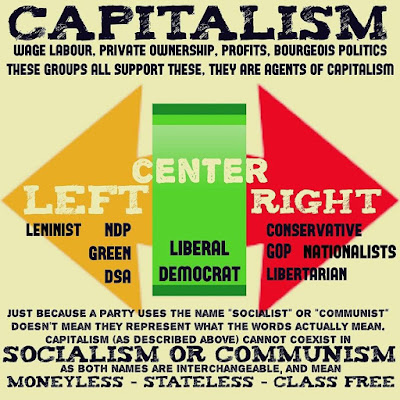 The answer is Nothing. The two terms are interchangeable: both describe the class-free, state-free society of equal producers advocated by the co-founders of scientific socialism, Karl Marx and Frederick Engels. Initially they used "communism" to describe the future classless society because of the popular association of "socialism" with the Utopian "socialists" of that time.

As Engels explained in his 1888 preface to the English translation of The Communist Manifesto:

"When it [the Manifesto] appeared, we could not have called it a socialist manifesto. Two kinds of people were regarded as socialists in 1847. On the one hand were the followers of the various Utopian systems, especially the Owenites [followers of Robert Owen] in England and the Fourierists [followers of Charles Fourier] in France, both of which at that time had dwindled to mere sects that were already dying out. On the other hand were the numerous social quacks who, with their various panaceas and every type of patchwork, wanted to do away with social evils without, in the slightest, harming capital and profit. In both cases they were people outside the labour movement and looked far more for support from the 'educated' classes.

"On the other hand, that part of the working class which was convinced of the inadequacy of a mere political revolution and demanded a fundamental transformation of society -- that part at the time called itself communist.... In 1847 socialism signified a bourgeois movement and communism a working-class movement. Socialism, at least on the Continent, was respectable enough for the drawing room; communism was the exact opposite. Since we were already then definitely of the opinion that 'the emancipation of the workers had to be the task of the working class itself,' we could not for one moment be in doubt as to which of the two names to choose. Nor has it ever occurred to us to renounce it since then."

Subsequently, as the Utopian "socialists" faded into oblivion and were largely forgotten, Marx and Engels generally preferred to use the term "socialism" in their writings.
Today, both "socialism" and "communism" have been wrongly associated with false and pernicious definitions. Thanks to the so-called social democrats, or reformist "socialists" (for example, the Socialist Party of France, the Labour Party in Britain, the Democratic Socialists of America, in the United States), many people have come to equate "socialism" with any industry or program that is administered by the capitalist political state, be it a nationalised healthcare system, the postal service or a welfare program.

"Communism," meanwhile, has come to be associated with the system of bureaucratic despotism, the state-capitalist command economy run by the so-called “Communist” parties, that unraveled in Eastern Europe and the Soviet Union, but which still prevails in China and Cuba.

Further adding to the semantic confusion is the false concept that the Communist parties and other Leninist organisations have promoted for many years -- the concept that a post/capitalist society first goes through a lengthy "socialist" stage, before arriving at the classless society of "communism."
This is a distortion of Marxism, invented by Lenin in his work, State and Revolution. Marx did describe a "first phase" and "higher phase" of "communist society" in his Critique of the Gotha Program. But he was not describing a "transitional" stage in which classes and the state would still exist, and a "higher" stage in which they would disappear, and he did not describe the "first phase" as "socialism" and the "higher phase" as "communism." Rather, he was describing a development that would occur after the classless society, based on social ownership and democratic workers' control of the means of production -- a society that could be described as either "socialism" or "communism" -- was fully established. In the "first phase," some measure of labour time would still be needed to govern the exchange and distribution of the workers' product; in the "higher phase," distribution could be conducted according to the principle: "From everyone according to his faculties, to everyone according to his needs."

Lenin described Marx's two "phases" as "the scientific difference between socialism and communism." Subsequently, in the ideology of the Soviet Communist Party and its progeny, "socialism" became associated with the state-ruled society of bureaucratic state despotism, and "communism" with the classless society that somehow would arrive some day in the distant future. But these false and confusing definitions of "socialism" and "communism" have no basis in Marx's writings or in scientific socialist thought.

Naturally, the capitalist class and its leading propagandists in the United States have been all too happy to seize upon any and all of the false definitions of "socialism" and "communism" in order to confuse the working class and discredit both words in workers' minds.

Standing against such misinformation, the Socialist Party have a well established history of fighting to uphold the correct, scientific, Marxist meaning of socialism or communism. In defending and advocating Marx's and Engels' conception of the future class-free society, though, we have focused on winning over workers by using the term that Marx and Engels preferred in their later years -- socialism. You've heard bad things about socialism. It's because the capitalists who own the industries don't want people to know that there is a better and fairer way for society to be organised. They don't want socialism because socialism would mean that they would have to give back all the wealth they've made off the backs of working people. So they spread a lot of lies and confusion about socialism.

If you want to know what socialism is really about, get in touch with the Socialist Party. Take a look at what we have to say, learn the truth about socialism, and give it a fair chance in your mind. 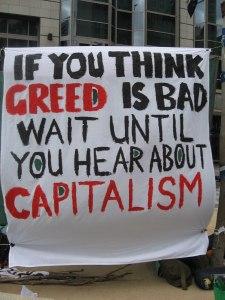