Arise and the work for your emancipation 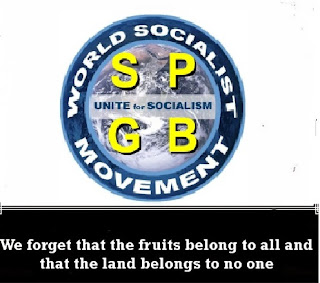 Very few people would deny that the present state of the world leaves a lot to be desired. Humanity staggers from one crisis to another. Owing to the failure of our fellow-workers to understand their position in society, we have often pointed out that so long as the workers fail to make a serious study of the socialist proposition they easily become the victims of any political charlatan who desires to grow fat on their ignorance. Class consciousness was never more needed than now. To the Socialist Party, class consciousness is the breaking-down of all barriers to understanding. Without it, militancy means nothing. The conflict between the classes is more than a struggle for each to gain from the other: it is the division which reaches across all others. On the economic field there is constant conflict between the masters and the workers, each in turn fighting to reduce and increase this common standard of subsistence. The class-conscious worker knows where he or she stands in society. Our interests are opposed at every point to those of the capitalist class; our cause can only be the cause of revolution for the abolishing of classes. Without that understanding, militancy can mean little. It is not mere preamble that the Socialist Party’s principles open by stating the class division in capitalism: it is the all important basis from which the rest must follow.


In human history the principle of change operates. Social systems arise, grow, and decay, just as animals and plants do, the new system being a growth out of the older system. A glance along the path humanity has traversed in its development brings to light the fact that there have arisen at different times certain fundamentally different social systems, and in each epoch the people of the period have had their own particular outlook on life; as the epochs have been fundamentally different, so have the ideas of the times. Each social system has had at the back of it an older one, right away back to the time when our ancestors forsook their tree-top abodes for the solid ground. Just as each social system has given birth to or foreshadowed a later system, so capitalism at the high tide of its development foreshadows another system in which the evils that flow from the economic foundations of capitalism will cease to exist; economic insecurity will be as remote as the marvellous development of science can make it; no longer will those toiling myriads be bowed down with the weight of economic troubles, and the miseries we know to-day will disappear as snow before the sun.

The present social structure was not conceived by any one man or number of supermen. It is the result of slow, steady evolutionary processes. So with the new order—the socialist society of free men and women—it will come when the time is ripe, when the productive forces are developed to the point when a change will be inevitable. Our message to the workers is: Be prepared for that time to welcome the birth of the new social order; to herald in the co-operative commonwealth.

Socialism means the common ownership and democratic control of the means of production and distribution. In spite of a superficial similarity of words, the Labour Party is not aiming at common ownership, but at State control with private owners. The capitalist class are not, according to the Labour Party, to be dispossessed, but are to remain as a property-owning class, but are to be deprived of their immediate control over the management of industry. The country is to remain the same in all essentials. There will still be a working class and a class living on property incomes. Goods will still be produced for sale and profit-making, but the management will be in the hands of a series of so-called public utility corporations, directed by highly-paid business men. This is a grotesque representation of socialism. It is capitalism in a thin disguise. It solves no working class problem. It is not socialism and as such docs not bring socialism one day nearer.

The object of the Socialist Party is the establishment of socialism, a system of society wherein the means of production will be owned and controlled by the producers, working people. It is because these means of production are privately owned by the capitalist class to-day that millions of the workers throughout the world are in need of food, clothing, and shelter. Wealth is socially produced; it is the result of the co-operation of effort of the workers of the world applied to natural resources. But this wealth and the means for producing it are privately owned. It is this antagonism which the Socialist Party is out to abolish. In the socialist system harmony will take the place of the existing chaos, because there will be social production side by side with social ownership. This change in the social order is the revolutionary ideal of the socialist. All else is illusion.