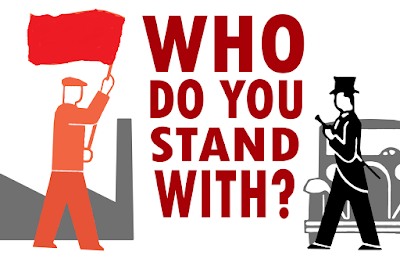 A socialist system of production will by its superior efficiency make available  a greater variety of ordinary goods but what is of infinitely greater importance also a  greater amount of leisure and increased access to all the cultural achievements of humanity. Socialism is not just a question of bread, although it may be that. It is in the first instance a question of mankind’s human dignity. In a class society, social equality is impossible. If you ask how it will be reached, we answer in the words of William Morris:
“Give us Imagination enough to conceive; courage enough to will; power enough to compel; and then I say, the thing will be done.”

The Socialist Party is not prepared to associate with organisations which carry on propaganda for the reform of capitalism, recruit members on that basis and seek the votes of reformists. Our case is that work for socialism is the essential end and it cannot be combined with reformism. Socialism cannot be achieved without a social revolution, that is a change in the property basis of society, from private ownership to social ownership and democratic control. Alone, we have stood for a social revolution to overturn capitalist society and replace it with socialism.


The Socialist Party stands for putting an end to this profit system. For replacing it with a society based on the common ownership and democratic control of the world’s natural and industrial resources.
We live in a world of potential plenty, where we could meet our needs by freely cooperating on the basis of ‘from each according to their ability, to each according to their needs.’ There is no need for anyone anywhere in the world to go without what they need to live a happy, healthy and fulfilled life. What prevents this is the ownership of resources today by a privileged few and production for sale with the aim of making a profit.

The parties committed to running the market system – and that includes the Labour Party and the Greens – are making empty promises.

It cannot be stressed enough, that without a widespread and clear idea among workers of what a socialist society entails, it will he unattainable. The reason is simple. The very nature of socialism—a money-free, wage-free world of unrestricted access to the goods and services provided by voluntary cooperative effort—necessitates understanding. There is absolutely no way in which such a sweeping fundamental transformation of social relationships could be thrust upon an unwilling, unknowing majority by some minority, however enlightened or well meaning.

1. For a worldwide society based on the common ownership and democratic control of the means of production and the consequent abolition of the whole market economy, the wages system, money and the political state, with free access to goods and services according to individual wants.

2. Only within this framework can people live in harmony with each other and the world about them, and have the opportunity to fulfil their human potential, as individuals and as a community.

3. Socialism involves major changes in everyday life—in education, work, the family—as well as in the ownership and control of the means of production; the new, free, non-authoritarian social relationships being formed in the course of the struggle for socialism.

4. Socialism can only be established by the revolutionary transformation of society through the conscious action of the working class, democratically organised in all areas of political, economic and social activity.

5. The working class are all those who have no ownership and no control of the means of production, either directly or indirectly, on a wage or salary, and so includes office, shop and farm workers as well as industrial workers, and their dependents.

6. The working class gains the knowledge, confidence, and democratic organisation necessary to carry out the socialist revolution in the course of their struggle to assert their needs, in every sphere of social activity, against the profit-seeking needs of capital and its functionaries, the ruling class.

7. The task of socialists is to encourage, both by revolutionary propaganda and, where appropriate, active participation, working class struggle, with a view to the emergence of socialist consciousness, the democratic self-organisation of the working class and the militant defence of working class living standards.

8. An organisation of revolutionary socialists must always maintain its independent identity and must not itself put forward any programme of reforms to be implemented by the capitalist state.

9. Anti-racism and anti-sexism must form an important part of socialist propaganda and other activity. A revolutionary socialist alternative must be built to counter the divisive separatist ideologies of black nationalism and radical feminism.

10. Socialists must oppose all governments as representing capitalist and ruling class interests, including those of state capitalist Russia, China, Yugoslavia, Cuba and other such places.

11. Socialists must oppose reformist movements which seek government power to modify capitalism, or which rely on the capitalist state to deal with working class problems.

13. Socialists must oppose all imperialism, and also so-called “national liberation” movements as reactionary movements seeking to establish new ruling classes in power and to re-divide the world into different, but equally irrelevant frontiers.

14. Socialists must oppose all wars as conflicts between rival ruling classes over capitalist interests not worth the sacrifice of a single working class life.

15. An organisation of revolutionary socialists must be a fully democratic and free association of people, and must always be on guard against the emergence of forms of organisation and relationships that help perpetuate capitalism. 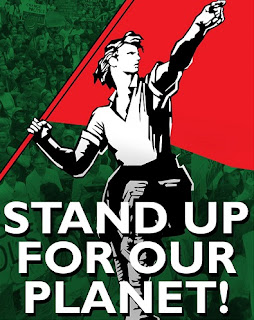