Capitalism will not collapse. 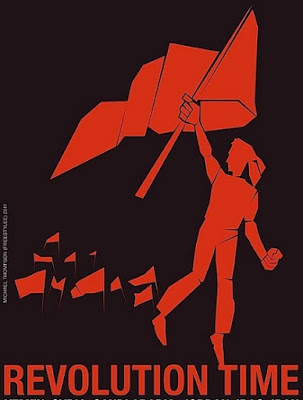 We live in a system of society known as capitalism, and whose outstanding features are private property and wage-earning. A certain few fortunate individuals are the owners of the land, the railways, factories and other means of production, and the non-owners have to work for a wage or a salary in the service of the owners of property. Society is divided into a class of workers who must work to live, and a class of capitalists who can live without working. We know from everyday experience that there is no wealth without work, yet the workers are poor and the non-workers are rich. Wealth (excluding the air and other things abundantly supplied by nature) is produced by work. The work is performed by the great propertyless mass, the working class, but the means of wealth production, the machines, the land and so on, are owned by a class of non-workers, the capitalists. From this arises a great cleavage of interests, for it makes the workers dependent upon the owning-class since they cannot live except by entering the service of the owners. Out of the total wealth produced by their labour, the workers receive but a part as wages, the remainder being retained by those who employ them. The one class lives by selling its services and the other by owning property. The everyday struggle over the division of the product sets these classes in perpetual antagonism, but the Socialist Party urges the workers to aim consciously not merely at increasing their share but at destroying the system of society that compels them to maintain a propertied class at their expense.

For the socialist all forms of "living by owning," rent, interest and profit are in effect nothing more than forms of exploitation, or robbery, of the wealth producers.

If this is correct, then it follows naturally that it is in the interest of the workers all over the world to act jointly in resisting any attempt to heighten the degree of that exploitation, and in overthrowing the system which is based upon exploitation. The Socialist Party says that the poverty of the poor and the riches of the wealthy are the results of the system of private property, and the only remedy is its abolition. The enemy of the working class is the capitalist class. The only safe rule of conduct for the workers is to stand firmly on the basis of their class economic interests. From this standpoint, there can be no circumstances requiring them to participate in capitalist wars or trade rivalries. Even the supposed hardships resulting from military defeat do not outweigh the arguments in favour of the socialist course of action. Workers should not fight for "country and empire," because they have nothing to fight for. They should refuse to help solve the economic problems of capitalist industry, or the political problems of capitalist empires and concentrate all their energies on the fight for socialism. The duty of socialists is to keep this issue always to the fore, not to rouse deadly national hatreds which obscure the class divisions in society and slow the growth of socialism.

Workers can solve their problems only by gaining control of parliament for THE EXPRESS PURPOSE OF INTRODUCING SOCIALISM. A party that seeks to gain political control for any other purpose must therefore be anti-socialist and anti-working class. The Labour Party seeks to gain control for a variety of reforms, including such capitalist schemes as nationalisation. Some reforms may in themselves be good, most are indifferent and some, like nationalisation, are for the working class wholly bad. But whether good, bad, or indifferent, they are not socialism, and do not, and cannot, aid in hastening Socialism. Socialism presupposes a socialist working class. The propagation of reforms does not make socialists. First, it makes reformers and then drives them through disillusion to despair. The Left has not socialist aims. Its guiding belief is in its ability to administer capitalism better than the capitalists themselves. This may be true, but it is not socialism.

Let us face the facts. Capitalism is strong, and the capitalists are growing wealthier. They have forgotten their post-war panic and are confident of the stability of their system. The machinery of capitalist organisation, the banks, foreign trade, etc., may bring their problems, but it is absurd to suppose that the capitalists will, in the long run, allow members of their own class to imperil the system by persisting in methods, such as unrestricted competition, which have become more dangerous than useful. The confidence of the capitalists in the stability of capitalism rests on the docility of the working class. Capitalism continues because the workers unthinkingly accept it. To devise means of prolonging this convenient condition of the workers' minds is the chief and the potentially fatal problem of the capitalist class. Capitalism will not collapse.

It will end when the workers organise to bring it to an end. To educate and organise the workers for that purpose is the only problem with which socialists should concern themselves.