The Insanity of Capitalism 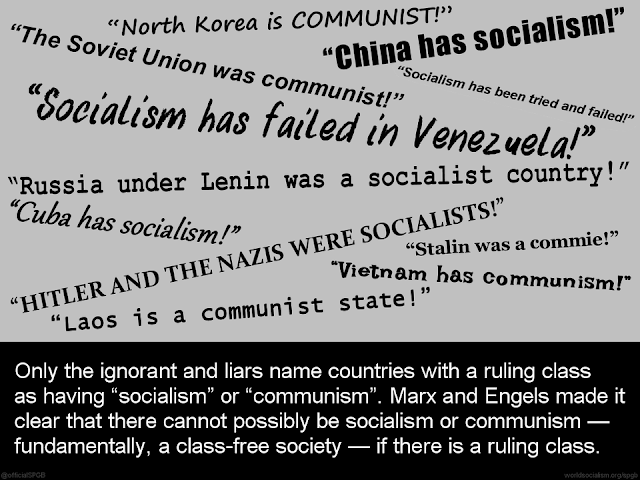 It has been argued by those on the left that a "workers government" and a “workers state” could be formed to run society in the interests of the working class and to carry out measures that would change the structure of society. Such a system would enact a programme of reforms to improve conditions of work, create shorter working hours, expand health and education services. There would be a massive programme of house building and generous pensions for the aged, the disabled and the disadvantaged. Unemployment would be abolished. Nationalisation would be the beginning of common ownership of the means of production and fiscal measures would ensure that the rich would be taxed out of existence.

The reality is that in any system of commodity production and capital accumulation, irrespective of whether it is privately managed or run by the state, there is an irreconcilable conflict between the value factors and the socially useful factors of production, in which the value factors must always predominate. The driving force is capitalist accumulation and this works within a set of constraints that limit time action in every social, economic and political sphere. Whatever may be done in any of these spheres is conditional on the governing factor that capital should accumulate through the economic exploitation of workers involved in the exchange of labour time for wages. Workers generate value over and above the value of their own labour-power and this surplus value is realised through the sale of commodities in the market. In this way, the original capital investment is expanded and realised in its money form. It makes no difference whether it is state capital operating through a state enterprise or private capital operating through private enterprise, the profit motive and the conditions of the world capitalist market limit the social possibilities of society under capitalism. In the light of this hard economic reality, the reformist dreams of left-wing movements are shown to be completely impractical. In power, as we have seen over and over again, a left-wing regime would mean the now entirely discredited policies of nationalisation, the retention of capital, the wages system, commodity production, the market and the profit motive. It would mean all the sectional privileges arising from this, imposed on the working class by the forces of the state.

Working-class struggles will always be fought on a battleground where the forces of capitalism will always win. While the capitalist holds control of the state and commands the forces of repression — the police and the armed forces backed by the law — workers must always face ultimate defeat. On the other hand, a socialist majority would win because it would, in the most determined democratic manner, take political power and bring all the powers of government under its own control. It would then enact common ownership and replace the state with a system of democratic administration, concerned solely with the organisation of production for use. A socialist society can only be established and operated by a majority of men and women who have decided that a world organised solely for human needs is the world they want and prepared to act on that basis. Therefore socialism can only be established by a majority of conscious socialists.

Production solely for human needs will replace the present capitalist system of exploitation where workers sell their mental and physical abilities for wages or salaries and produce commodities for sale on markets. Production solely for human need on the basis of common ownership will mean people cooperating to produce goods and maintain services directly for needs and in line with democratic decisions. This will be a practical and straightforward system of useful work producing useful goods free from the economic constraints of production for profit, without any exchange of any kind and without therefore the use of money.

Production will be humanised in the sense that human beings won't have a price put on either their ability to work or the product of their work. Jobs won't have a price on them, nor will goods, nor will needs. Instead of working for wages, people will cooperate, and this will bring work under the control of those who carry it out. It will be the self-determined activity of individuals responding to the needs of the community of which they form a part and who have the responsibility and the real power of decision-making and action.

That is the sane system we must establish and it is the only sensible definition of socialism. 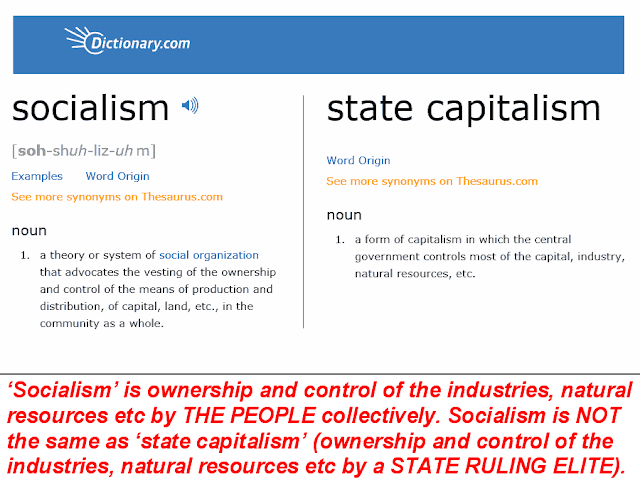