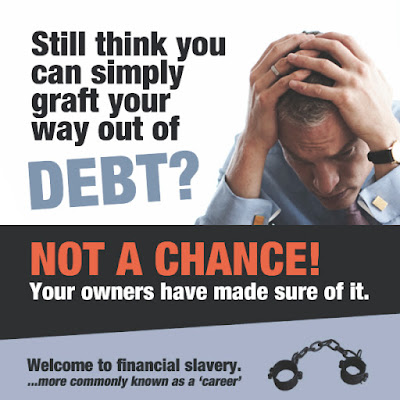 Today’s politics is in a state of great confusion. There is uncertainty, disillusion, a prevailing sense of failure and, above all, a lack of clear direction. It isn't enough just to have a clear understanding of what causes the problems of the working class; we must also have a very clear understanding of how they could be solved. That solution is socialism.

It can be said that we now live in a "global village". What this means is that socialism would have no difficulty in organising the world as one productive system directly for human needs.

It is likely, however, that when socialism is established some populations could enjoy greater advantages arising from prior development within capitalism. These populations could benefit from developed industry, manufacture, agriculture, energy supply and systems of transport and distribution. Together with this, there would already exist health and education services, a highly developed system of administration including planning departments, local services and an accumulation of statistical information which would be immediately useful in the organisation of society directly for needs.

In many parts of the world, these useful facilities may not exist.

One of the first priorities of world socialism would be to rapidly expand food production in line with needs. World action would include assistance with any local agriculture that was poorly developed in relation to local needs. In South America, where food production could be vastly increased through irrigation schemes. Similarly in Africa.

Another problem that would require urgent world action in socialism is the housing problem. Even in Europe, the housing problem is bad enough, with many homeless families and chronic urban blight. Throughout the world, particularly in Asian capitals and such cities as Mexico City, millions of people live in the squalor of shanty towns, with no sewage, supplies of clean water or decent services.

Free from all the constraints of capitalist production, people throughout the world would concentrate their energies on solving these problems, taking the necessary initiatives in their own areas. It is likely, however, that the world centres of developed industry and manufacturing would initially need to supply machinery and equipment, installations, storage facilities and technical know-how to the underdeveloped areas, to assist with such projects as housing development and irrigation schemes for food production. As well as this it is likely that there would be an urgent need to set up education and health services, and infrastructures for transport and communications.

As a world system organised directly for human needs socialism cannot be conceived in any exclusive regional context. Concern and action for need would be universal. Notwithstanding any particular advantages which may exist in some regions as a result of capitalism having previously developed the forces of production there, in socialism such advantages would be at the disposal of the whole world community. This is what the socialist object spells out when it speaks of common ownership and democratic control of the means and instruments for producing and distributing wealth by and in the interests of the whole community. The whole community is simply every person on earth. The days of national politics are long since ended as a useful framework of political action. The existing parties offer nothing more than a destructive future within a framework of national divisions.

In a socialist society, for the first time ever, the globe-spanning communications networks - which capitalism itself has built up and which socialism will develop even further - will be used to ensure that everyone can have an input into the decisions which affect their lives on a global, regional and local basis. A united humanity, sharing a world of common interests, would also share world administration.

In socialism, for the first time, local communities will be free to make decisions about the development of their areas. With the release of productive resources solely for needs, for the first time, they will enjoy real powers to act on those decisions. These would be decisions about local services such as health, education and transport, public facilities such as parks, libraries, leisure centres and sports grounds; local housing, the location of production units, management of farming, care of the local environment, cultural events, and so on.

We anticipate that with people being able to co-operate much more in their own interests there would be a stronger and more active sense of local community than exists now and this would be expressed through bodies adapted from present parish and district councils. The principle determining the practice of local democracy would be that decisions affecting just local populations would be made by them and not for them by any larger or outside body. The importance of local democracy has to be seen in the context of modern production which is worldwide. There may be some scope for local production for local needs but in the mean, even simple articles of use are made with additions of labour that extend across the globe. For example, a simple basic ball-point pen needs world mining, the oil industry, chemicals and world transport, etc. We eat fruit, vegetables and spices from every climate. Our lives would be much more limited if we were restricted to what could be produced or grown in our local areas.

With the abolition of capitalist corporations many of which duplicate their operations on a world scale it is likely that socialism would want to use the most economical and structure of production. This could operate from world-scale extractive industries like mining to regional centres of industrial processing and manufacture and final distribution to local populations. This could correspond to a similar network of administrative levels on world, regional and local scales. This is not to suggest that such a single agency based in New York or Geneva or whatever would be making policy decisions for everyone on the planet. Its function could be to provide information and propose various development strategies so that alternatives could be decided democratically. From where we stand now a lot of people would say that priority should be given to ecologically benign methods such as wind, wave, solar power, etc. With the freedom to make such a decision without the economic constraints of capitalism, socialism could do it. The sole motive would be the needs of people and this would be in sharp contrast to the way in which governments decide matters now from the point of view of national economic and military interests.

As well as the face-to-face contacts of our daily lives at work, home, at the shops, in the library, at the football pitch or leisure centre with friends, neighbours and relatives, and as well as our part in local affairs, at the same time, we would be involved with all other people in world issues and events of every kind. 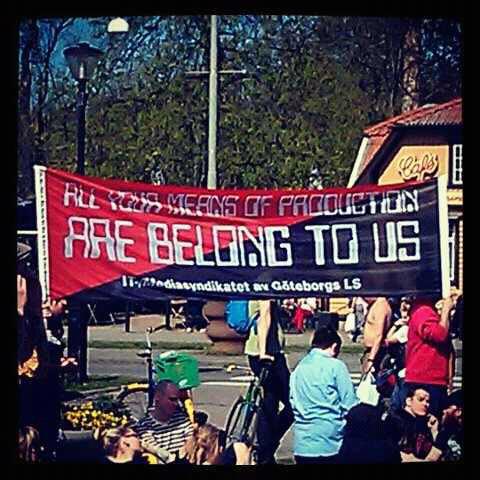