Wage slavery. What to know 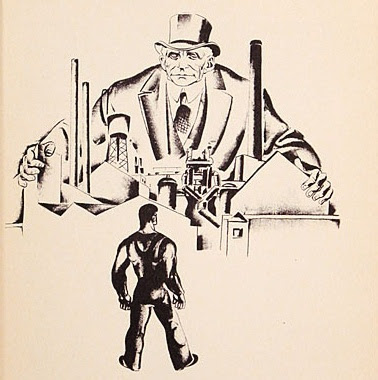 A capitalist is one who owns wealth in the form of capital: A socialist is a member of the working class who realises his or her slave position and works for socialism. Like the rest of the workers, he or she is poor. It is his or her class whose wage labour applied to nature’s minerals provides the wealth which the capitalist class dissipate in luxury, spend on wars, armies, navies, etc., or accumulate in the form of capital in order to further exploit the workers for profit. Wage slavery never permits more than a continued poverty existence. The workers’ accumulation is one of misery and insecurity. The socialist doesn’t deny the “right” of the capitalist to possess capital because he knows that “right” is backed up by the political control of armed forces. When the workers organise to control that might the masters will be welcome to the right. We stand for the common ownership of the earth and its control by the whole people, i.e., the abolition of capitalism and its corollary capital.

Immediately after the Bolshevik seizure of power, there was some excuse for the misconceptions of the significance and causes of that event, which were prevalent. Reliable information on Russian affairs had been lacking. People outside Russia erred in crediting the Bolsheviks with achievements that were hardly dreamed of by Lenin and others. No story of what happening behind the wall of censorship was too fantastic to be believed.

At the end of the war, there were sections of the ruling class which had lost their grip on a situation which they could not control. The moment passed.

The Socialist Party is organised in the interests of all working people regardless of gender, sexual orientation age, nationality or colour. There are two classes: those who seek jobs (the working class) and those who own the factories, workshops, and mines and have the jobs to offer (the capitalist class). Now it is in the interest of that class (the capitalists) that have jobs to offer, to have more job-seekers than there are jobs to be had. Consequently, these workers with labour-power to sell are constantly underbidding one another for these jobs to be had so that they can live.

As there are more job-seekers than there are jobs to be had, this causes a glutted labour market. The job owners want to hire workers as cheaply as possible, and the job-seekers want to get as high a wage as possible for their labour. This is what is called the class struggle because the interests of both these classes are directly opposed to one another.

The job-seekers to protect themselves against the job-owners and make it possible for them to get a higher wage, have organised themselves into unions. However, bricklayers are not as numerous as printers, therefore they can get a higher wage from the job-owners. And the printers are not as numerous as the machine-operators, consequently, they are able to get a much higher wage than the machinists.

We must lay aside what keeps us divided among ourselves. When we go on strike, we all go on strike together. And then we must all get into a political party that stands for the principle of unity within its organisation. The Socialist Party is organised for this very purpose: the social ownership of all the tools of production and distribution.

To be truly meaningful, socialism can no longer be conceived as just the liberation of the existing productive forces from the fetters of capitalist social relations, nor an expansion of consumption but rather as a qualitative growth remaking of existing forms of production and consumption. Socialism against capitalism cannot but have an ecological dimension. Capitalist accumulation is limitless in the pursuit of profit and leads to daily misuses of the environment. Nevertheless, the reforms advocated by many in the green movement leave us disarmed for the struggles needed to create an environmentally sustainable society.

The World Socialist Movement offers some of the answers to important questions such as the way to the satisfaction of needs for all, the levelling of living standards between the developed nations and the rest of the world, and how humanity can keep expanding production. 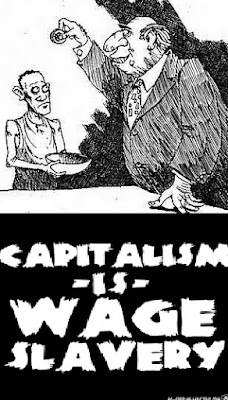