What we hold to be revolutionary 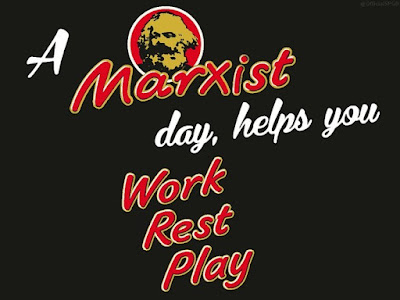 (1) As the centre of power is parliament, and members of that body are returned by the votes of the working class, it is quite clear that the first step is the conversion of a majority of the voters to a recognition of the need for the establishment of socialism.

(2) The next step is the organisation of that majority into a political party for the purpose of returning delegates into control of parliament.

(3) The socialists, being in a majority, would pass laws for the purpose of converting the great means of wealth production and distribution into social—or common—property.

(4) If necessary force will be used to carry out these laws, but this use will depend not upon the socialists, but upon the capitalists, who may turn rebels against society and law.

The raw materials would be obtained by setting men and women to work for that purpose. An illustration, though perhaps not a very good one—was the action of the government in taking control of materials during the war. Distribution would be according to the needs of the members of society, the details being dependent upon conditions at that time.

The Socialist Party is sometimes asked why it does not seek alliances with other bodies professing themselves socialist or labour. The programmes and actions of these various parties have been frequently examined. None of them agrees with our idea of the socialist principle. Therefore affiliation, if obtained, would be unfair to their members, confusing to those outside.

The other reason is that the movement towards working-class emancipation would not be strengthened thereby. We want the greatest possible number of our fellow workers with us, but the purely formal organisation is useless in any sphere of action.

Organisation must be the expression of real unity of purpose, whether the purpose be the felling of a tree or the building of a new society. The more momentous the work, the more important it is to remember this. In the case of the class war, formal unity is worse than useless. It is a pretence and a danger. If it were possible to form a vast and disciplined organisation of workers with their present degree of class-consciousness, it would be but a more convenient instrument of exploitation for the master-class. In short, organisation must follow education, not precede it.

This is true alike in the industrial and political fields. In industry, we workers must learn the meaning of the tasks which emerge in the daily fight over conditions of labour. That we cannot hope to placate the exploiter, nor look for impartial arbitration. That we have to expect capitalist aggression —with fleeting exceptions, progressively more vigorous every year. That we have but one weapon on this field, the strike, and even that will fail us whenever the master class decides to fight an issue out. That to make the best use of the strike we must have, not many unions for one industry, nor one for each industry, nor even one for each national group—but a worldwide workers’ union. And that this day to day struggle must be waged, not for us by leaders, but by us through delegates.

We shall not have advanced far on this road to industrial solidarity before we are forced to see that the utmost we can do by these means is to resist attacks on our already poor standard of living. We cannot improve our standard to any appreciable extent, much less entirely free ourselves from exploitation. To do this we must take the vast machinery of production into our own hands. And since this is an issue which our masters decidedly would fight if they could, we realise that direct action on the industrial field will no longer suffice for us. We do not intend that the capitalists shall be able to starve us by commandeering the food supply, nor slaughter us by using the army and police. While we hope that in that day our fellow workers in the armed forces will be with us—while we are going to do our utmost to make them so—we do not mean to take risks by allowing the capitalist class to give them orders.

We find that we need political power. We need an assembly of workers’ delegates, with a mandate for socialism; and we organise in the Socialist Party with the object of getting it.

Thus our industrial and political activities must be two sides of one movement: the industrial for safeguarding conditions with in the capitalist system, and probably form the basis for the industrial organisation of the socialist commonwealth; the political for the expropriation of expropriators.

These things we have to learn, and only on the basis of this knowledge can organisation proceed.

The Socialist Party devotes its energies to education, assisting no reformist activity, but rather making clear the worthlessness of such endeavours, and the true remedy for the distress which gave rise to them. In this case, the minimum prerequisite of a seizure of political power would be the majority of socialists. That is not to say that the majority need be profound Marxian scholars, but they must understand well the basic principles of capitalist and socialist society respectively and have freely decided to end the former and set up the latter.

To count on the support of people who do not understand your purpose is to build your house on the sand. At your most need, they may desert you. If they can be influenced by you, they may be by your enemies too; and, in the hardships and uncertainties of the transition period, will they not be fruitful ground for the seeds of counter-revolution? Moreover, if you surmount the first dangers, are these the men and women who successfully work a socialist system of industry? Accustomed to leaders, how shall they show the qualities necessary for democratic control—the independence, the responsibility? Not understanding how the system should develop, where is the safeguard against their wrecking it by unsound decisions? And if to prevent that you must govern your fellow-workers after all, what is it you have established? Not a co-operative commonwealth, but a bureaucratic state —a sorry achievement of leadership, which leaves the task of education still before you.

For this reason, believing that no genuine and enduring transformation of society is possible until the majority of the workers have embraced socialist principles, the Socialist Party directs all its actions towards organising an ever-growing body of socialist conviction. It takes no part in reformist agitation but calls on the workers to come together for the one action that can help them. We seek to ensure that new comrades join us with their eyes wide open— knowing the road without the need of a leader.  All are not equally gifted, but the field of selection is as wide as the party, not limited to a small vanguard. Leaders, however strong and courageous, cannot guarantee victory, and a defeated insurrection would sow despair and defer what it sought to hasten. But a resolute majority, equipped with the knowledge, is invincible.