Solidarity with the Dispossessed and the Downtrodden

What the Socialist Party means by socialism is the same as the pioneers meant—the ending of the exploitation of man by man, the abolition of the system of rent, interest and profit, planned production for use instead of profit, and the ownership of the means of production and distribution by the working people. We reject the view that capitalism can reform its way out of its problems. We are living under a system that is more and more clearly revealed as the enemy of humanity.  It imposes draconian cuts in living standards on the already poor, simply in the interest of still greater profits for the capitalist class. Capitalism plunders the resources of the planet. Its armaments industry directs most of the world’s research and development and the arms trade cynically profit from a series of local wars of unparalleled destructiveness. Capitalism’s guiding principle, the quest for profit, takes precedence over any human interest. Capitalism jeopardises the future of humanity.  It threatens the genocide of whole peoples. Capitalism cannot be reformed. It has undergone many changes in its history, but these have simply meant finding new ways to exploit the people.

The world is capable of satisfying the needs of all its people. But today the great majority of our people are faced with the threat of poverty, deteriorating health, education and other welfare services. Capitalists control our world and make vast profits off the backs of the working people and from the natural resources of the land. All the major means of production - the factories, forests, farm and fisheries are in the hands of a few hundred capitalists. Capitalism is a system of exploitation. A handful of parasites benefit from the labour the workers. The capitalists get rich from our toil. At the end of the week, a worker collects their pay. The capitalists claim this is a fair exchange. But it is highway robbery. In reality, workers get paid for only a small part of what they produce. The rest, the surplus-value, goes straight into the hands of the capitalists. The bosses get rich, not because they have "taken risks" as they would have us believe. The more they keep wages down and get fewer workers to do more work, the greater their profits. If the bosses think they can make more profit somewhere else, they just close their factories and re-locate. People live in misery so a small clique of very wealthy individuals can live in luxury. The idea that everyone can get rich under this system is a lie invented by the rich themselves. Under capitalism, the only way to get rich is to trample on someone else. There is only room for a few capitalists - at any time the great majority must work and be robbed. This is why workers have only one choice: either submit to this wage slavery or abolish the wages system.

The only solution is to end it and build a new social system. Only socialism can end the contradiction between social production and private appropriation, abolish the exploitation of man by man, make possible long-term planning, and utilise resources and every new development in technique and scientific knowledge for the benefit of the people. Socialism will be a better society, one which will present unprecedented possibilities for the improvement of peoples' lives. Rational planning will replace the anarchy of the market. We hold that poverty and war are not inevitable. The socialist society of the future will draw its strength from the new organisational forms thrown up by a mass class struggle movement. When working people gain control of the great wealth they produce, they will be fundamentally able to determine their own futures. The end of exploitation of one person by another will be a liberating and transforming force. With socialism, goods and services will be distributed on the basis of from each according to their ability, to each according to their needs. We are internationalists. We are carrying out the socialist revolution to make our contribution to the struggle for world socialism.

Socialism will not come into existence unless the majority of the people are willing to struggle for socialism and that means that they have some idea of what it is. If a person who votes for a Socialist Party candidate does not do so because he or she is a socialist but because they do not know what socialism is, of what good can that be for achieving the socialist goal? Socialism must depend upon the consciousness of the working people and not upon their lack of knowledge. The idea that we should first be elected to office and then teach socialism to the masses is so absurd that it should not even be contemplated. It can be stated with the greatest of assurance that a Socialist Party candidate who refrains from teaching socialism during the campaign, with the idea that it can happen once elected will forget all about socialism when in office. From the point of view of achieving socialism one hundred votes, obtained conducting a campaign where socialist ideas and the Socialist Party are stressed, are worth more than a thousand votes polled in a campaign where socialism has not been at the forefront of the campaign and left in the background. 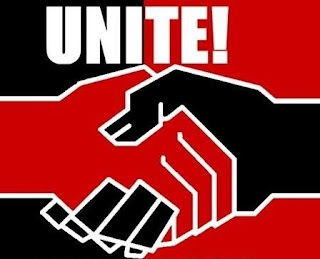