The War for Hearts and Minds 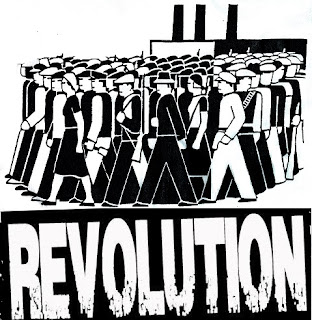 What the Socialist Party means when it is referring to the social revolution. By the term “revolution” is meant that complete change in the relationship between the classes in society, and the fundamental change in the institutions of society that are brought about by the rise to power of a class that has hitherto been held in subjection. And socialists, when we speak of the social revolution, refers to those changes in society which will be brought about when the working class, holding political supremacy, is the dominant class in society, and takes possession of the means and instruments of wealth production and distribution.

The Labour Party is a reformist organisation engaged in advocating the patching up of the present system of society. Although some of its leaders are termed socialists, and at times have claimed that title, they have time and time again made it quite clear that they are nothing other than reformers. The real cause of the slavery of the working class is not touched by any reforms. The cause of that slavery, with its poverty and insecurity, is the private ownership of the means and instruments of wealth production and distribution. It is true that the capitalist mode of production, with its property basis, was necessary for the development of the instruments of production to their present stage of efficiency. But the development of the machinery of production has long since reached the stage necessary for the production of the means of life in abundance for the whole of society. The present system is based, however, upon the production of commodities for profit. The struggle for markets wherein to sell these commodities becomes keener and keener, especially as the capitalist mode of production, with its more and more efficient machinery, extends in the one-time backward countries. Wars, commercial crises extending over long periods of years, unemployment, and the reduction in the workers’ standards of living—these are some of the consequences of this struggle for markets. More commodities are produced than can be sold for a profit. Therefore restrictions are deliberately put upon production itself. This is not always done openly, but cases occur, and have been restored in order to promote an artificial scarcity.

Socialism, the remedy for the workers’ slavery, cannot be brought about gradually, as the reformers would try to persuade their dupes. It can only be brought about by dispossessing the master class of the means of wealth production, and that cannot take place until the working class has made itself the ruling class in society. To accomplish this the proletariat must win political power, which means the control of the armed forces of the State. By this revolutionary method alone will it be possible to abolish private property in the means and instruments of wealth production and to substitute production for use for production for profit.

What are we organised for? What is our chief bond of unity? What is our avowed object? The abolition of capitalism. We work for the coming of the cooperative commonwealth. Our first aim must be winning to our cause the majority of working people by promoting revolutionary principles in the struggle for emancipation that must be fought along political lines, using in the immediate struggle the parliamentary phase of political action by electing where possible our representative to political office. A socialist movement unites and is guided by a cause. That cause today is a vision of humanity crossing into a new world of human freedom, peace and brotherhood, a world free of exploitation, ignorance and strife. No force exists that can prevent the people struggling against intolerable conditions from coalescing. The socialist vision is one of peace and harmony. Today, the level of the means of production makes realising this cause possible.

Manipulation of people’s thinking has relied upon the old tactic of divide and conquer. Working people are confused. They don’t know where to throw a blow or who to blame for their poverty and misery. The ruling class understands that as long as people lack a vision and remain confused about who is their friend and who is their foe, it can maintain its supremacy. The ruling class is waging a vicious, relentless campaign for the hearts and minds of the people. It emphasises “me, me, me, and to hell with everyone else.” Socialists must win the war for the hearts and minds of the people. 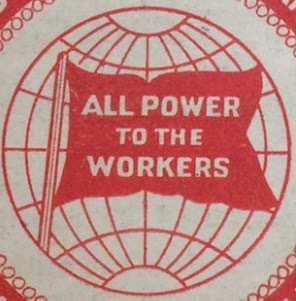