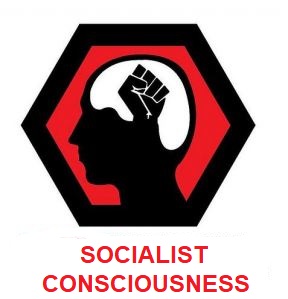 Why is there hunger? It’s nothing to do with a lack of food.The fact there’s enough food to feed everyone has been acknowledged by the numerous  institutions and NGOs such as the UN’s Food and Agriculture Organisation (FAO) and Oxfam

The difference between "what is possible and what is possible in capitalism" has failed to imprint itself upon the experts who assume  food is both produced to sell and to satisfy hunger.

Capital must always have wage-labour and it has always been ruthless in the methods by which it has built up its armies of wage workers.

Labour power is a commodity, the price of which is determined by its cost of production. All commodities are subject to this law. There may be temporary fluctuations in the price of a commodity due to variations in supply and demand; but these compensate one another in the long run, and a mean level can be traced through the ups and downs which is the actual cost of production.

As there are always more workers than jobs, competition for them is so keen that wages can always be kept down to a point which, for the bulk of workers, represents a meagre portion of the necessaries of life. It therefore seems to them, that if the cost of necessaries were lower their lot would be improved. The same result would follow if wages were higher and commodities remained the same in price.

The workers, only seeing this much, are between a rock and a hard place. They can struggle for higher wages, or reduced prices; or both. To concentrate on price reductions is a fallacy; because cost of production determines prices. True the price at one time may be above the cost of production, but that very fact induces greater production and thereby reduces price. While some commodities are rising in price others may be falling. In the first case the capital is increased, in the second it is withdrawn. In this way the fluctuations compensate each other, and the cost of production is shown to be the real price. Hence the fallacy.

On the other hand, if the workers concentrate on wages they are met by stubborn opposition from the masters, and are powerless to effect any real improvement in their standard of living. Only by constant struggle, even, can they prevent reductions in their standard in living. On either hand they are faced with forces that are invulnerable to their puny weapons. Hence the need for them to understand socialism.

Almost hopeless as is the struggle for higher wages any agitation for reduced prices is still more so. While Capitalism lasts your social suffering whatever its form is the necessary accompaniment of your slave existence, it must continue while you tolerate that system. There is nothing to choose between deterioration as a slum dweller, an unemployed worker, or an employed one for that matter. Your choice must be between freedom or slavery.

A study of socialism will teach you that it will be just as hellish to be sweated and robbed of life under a Labour Party administered capitalism as under any Tory government.

There is no way of running capitalism beneficially to the masses and without conflicts and crises. To abolish capitalism is the only way to peace, plenty, happiness and security. Socialism is the solution, common ownership of the means of life and production for use the world over. Socialism is the solution and the urgency for its establishment is now. So don’t be fooled, fellow workers. It's your votes they are after. Socialism requires your understanding. It may be a long road, that depends on you, but until you bring about socialism you have nothing to look forward to saving a fate worse than death and lots and lots of promises. 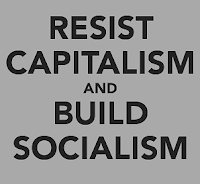