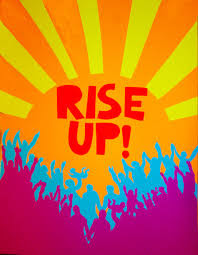 Socialism opens up a great range of new possibilities. With the populations of all countries co-operating as one people, working together in their common interests whilst celebrating their cultural differences and joining in democratically deciding a new future, the prospects can only be seen as exciting. Decision-making would not be confined to the serious work of production and the running of the workplace. People in socialism will be free to create sporting and other cultural festivals. The entertainment of visitors from other parts of the world would bring diversity and richness to local life. The possibilities for decision making and the planning and enjoyment of such events are endless. It is the ideas of capitalism that are dead because they have nowhere to go and represent an ideology that is incapable of being developed as principles for a better world. But the ideas of socialism are rooted in the constant need of all people to live in peace with each other and to co-operate in creating a life of material security. Co-operation is sometimes said to be impossible because there is an inherent conflict between self-interest and the interests of others. In fact, the reverse is true. The interests of the individual are best realised when people are working together. The best achievements of one person can enhance the lives of all people.  It is through co-operation that we develop as individuals. Our individuality grows and finds its expression in relation to others and this would be impossible in social isolation. In this process of individual growth, we draw not only on personal relationships but also draw on society in general and even on the lives of those who lived in the past.

In practical terms, the change from capitalism to socialism will not mean the introduction of anything materially new so much as the immediate removal of redundant features of an existing structure of production and social organisation. The establishment of common ownership does not and could not imply a sudden transformation of all the material processes of living. There could be no sudden change in the actual work processes of people in mining, industry, manufacture, transport and distribution, farming, building and construction, energy supply, health services, etc. All these people would carry on with what they are doing but within the new relationships of voluntary co-operation. From this point, a period of rapid re-organisation and development would also be commenced after production and administration have been released from the economic constraints of capitalism. This will necessarily take time. Seen in this practical perspective the change from capitalism to socialism can be seen as combining elements of both short and long-term change.

We depend on the richness of all the Earth’s resources, industrial as well as natural. What is vital are all the means of producing and distributing wealth. These means of life are also a common inheritance. They result from the development of productive techniques that began at the dawn of history with flint implements and continued down to the automated systems and electronically controlled robots of today. These are not the products of individuals or of a tiny class. Each new advance rested on the accumulated efforts of many previous generations. This has been a human achievement and that is why it can be said to be the common inheritance of us all.

Surely, therefore, the fact that these means of life are owned and monopolised by a tiny section of society, and used by them for their own enrichment whilst the vast majority of non-owners have to struggle to live and countless millions live in desperate poverty and many starve, is an obscenity that cannot be defended in any kind of moral or rational sense? It can only be remedied through their common ownership.

Socialists do not hold a monopoly on social concern. For example, many people are concerned with the plight of the hungry and they try to do something about it. We share that concern, this is something that we have in common with them. So it is not true that we are hostile to all non-socialists. So how can we be more engaged with these people with whom we share some common ground? we should build on our economic and political analysis and apply its logic to the fantastic development of all the socially useful factors of modern world society in setting out how socialism could operate. Then armed with this set of practical proposals we make every attempt to be more positively engaged with the many non-socialists with whom we share a common ground of concern and indignation and the need to establish a world of equality, democracy and cooperation.