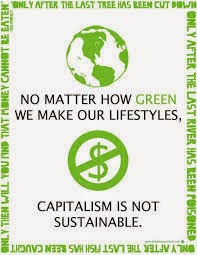 The Amazon rain-forest has degraded to the point where it is losing its ability to benignly regulate weather systems and is likely to lead eventually to more extreme weather events, according to a new warning from Antonio Nobre, researcher in the government’s space institute, Earth System Science Centre, one of Brazil’s leading scientists. The Amazon works as a giant pump, channeling moisture inland via aerial rivers and rainclouds that form over the forest more dramatically than over the sea, the author says. It also provides a buffer against extreme weather events, such as tornados and hurricanes. In the past 20 years, the author notes that the Amazon has lost 763,000 sq km, an area the size of two Germanys. In addition another 1.2m sq km has been estimated as degraded by cutting below the canopy and fire. As a result, the deterioration of the rainforest – through logging, fires and land clearance – has resulted in a decrease in forest transpiration and a lengthening of dry seasons. This might be one of the factors of the severe drought affecting south-east Brazil. São Paulo – the biggest city in South America – is facing its worst water shortages in almost a century. October, which is usually the start of the rainy season, was drier than at any time since 1930, leaving the volume of the Cantareira reservoir system down to 5% of capacity. “Amazon deforestation is altering climate. It is no longer about models. It is about observation,” said Nobre.
Forest clearance has accelerated under Brazil’s president, Dilma Rousseff, after efforts to protect the Amazon were weakened. Last month, satellite data indicated a 190% surge in deforestation in August and September. The influence of the “ruralista” agribusiness lobby in Congress has also grown in recent years, making it harder for the authorities to push through new legislation to demarcate reserves.

A new United Nations report that has found that the destruction of the environment has left an area of farmland the size of France useless for growing crops. 7.7 square miles of agricultural land being lost every day because it has become too salty. Climate change is making the situation worse because warmer temperatures require more irrigation and increase the speed at which the water evaporates, the report warns. A total of 240,000 square miles of farmland worldwide has now been contaminated. The Indus Valley in Pakistan is one of the worst hit areas, with salinization cutting rice production by 48 per cent in recent years, while wheat is down 32 per cent. Salty soils also cause losses of around £469m annually in the Colorado River basin, an arid region in the south west of the US. In Turkmenistan, more than half of the irrigated land is damaged by salt. Salt damage can also be reversed through measures such as tree planting and crop rotation using salt-tolerant plants, but these measures are extremely expensive.

Eco-socialism should not be mistaken for anti-technology or an anti-civilisation critique that strives to find balance with nature by returning to some kind of pre-industrial tribal society. ‘Primitivism’ can be described as seeking social transformation along these lines.  Eco-socialism  seeks to synthesise what might be regarded as some of the most desirable aspects of more primitive societies, such as their decentralised and ecological means of existing, with some of the most desirable aspects of modern society, such as its science and technology. Green socialism is not some misanthropic back-to-nature utopia.  Our environmental crises have their roots in the social system of production so  the solutions to these ecological problems must be  radical of social relationships. The goal of a future socialist society will be to maximise human potential in order to stimulate a flourishing of humanity achieved through the free association  of producers within society. Human flourishing cannot be achieved, if we are constrained from exercising or capacities. I cannot quench my thirst without water; I cannot nourish my hunger without food; I cannot protect myself from the elements without shelter.

The political-economic system has overridden our genetic and social makeup, the result of that combination determines all our relationships, and it’s also the greatest influences in the way we think, evaluate our life and nature. The many hunter-gatherers the Arctic, the tropical forests of Congo and Amazon, also of the deserts of the Kalahari and of Australia, relate to one another cooperatively and fairly. Their relationship was due to the political-economic system they had, that system also helps to give those people the feeling of being a part of nature. Best of all is, it’s the way of life our genes evolved for hundreds of thousands of years, therefore that political-economic system suits our make-up, and furthermore, it was very successful. That system was what enabled people, with the most elementary tools and material, to live on all continents, except Antarctica. It was efficient; it allowed plenty of time for social and artistic pursuits. Today, with those attributes, we  have the advantage of our technology.

Agriculture gradually introduced private property. That private property gave an opening to the warrior class to seize properties; it also reduced cooperativeness and increased competitiveness. To deal with competition within our human social needs, a class structure appeared starting with chiefs then proceeding to more complex hierarchies based on hereditary. Fairness for present and future people no longer dominated decisions – they were increasingly based on power of violence and belief. This hierarchal system produced civilisation, that’s centralised control, with objects being more valuable and important than relationships, resulting in continual oppression with periodical slaughters in wars. To hold society together it required both a brutal domination by a hierarchy and a fervent belief in it and in a deity all the more sacred as it was inscribe.

We see life in fragmented segments. Each bit examined in isolation and detail looks easy to manage. But life isn’t like that. It’s highly interconnected, and it’s that inseparability that has produced and maintains our wonderful divers living planet. Competitions in a social setting, is either overt or covert violence, if it’s physical it will also be psychological violence. Its extent of its potential hurt is proportional to its competitive intensity. The exaltation of winning is counter balance by the pain from other people’s loss and at times of many people. This is so between nations, companies, individuals, and sport people in boxing or playing chess. The intensity of the gratification or distress is dependent on the intensity of the competition.  Winners in capitalist societies gain more power due to “their” wealth, which creates the unseen link to power. This gives them a competitive advantage, over the bottom section of the wealth hierarchy of capitalism in a “classless” unpredictable world.

The capitalist system cannot tolerate nor adapt to declining resources and at the same time increasing demands from the effects of global warming and a growing population. To survive we must gradually but quickly change from a growth economy of capitalism to an economy that can manage its shrinkage until we reach a sustainable life. This can only be achieved by progressing from the unfairness of a competitive economy to the fairness of a cooperative one. This would also improve our physical and mental wellbeing.

The competitiveness turns potential friends into enemies and that has detrimental effects on people’s psyche, which is becoming obvious. Those emotional dilemmas are largely caused by the necessary loneliness of competing. Even when one is in a team, the ideology of competition creeps in, so relationships are still chancy. Solitary confinement can have a permanent injurious outcome according to the time of aloneness, but one can feel alone in the midst of a multitude of people that competition creates. Competition is a factor that produces that overwhelming multitude of people, it’s the most serious problem we will have to face when or if we come to our senses. The competition is spurred on by religious, economic, and military needs, of the necessity to have the greatest number to be the strongest.

It’s in everyone’s interest to change course as quickly as one can. The reality is we have a common interest of survival, but we believe we have diverse interest. Therefore we see a need for a competitive advantage over other people, which overrides the knowledge of the planet’s depleting resources and global warming. Namely under capitalist philosophy, we see people as opponents, even enemies instead of potential colleagues and even friends.

We all have to live under a faulty system, we do the best we can. Change the system and people will change to live under it. People are extremely adaptable if given accurate information we will respond to it.

ADAPTED FROM THIS ARTICLE