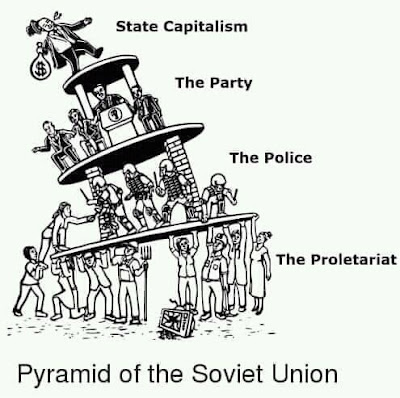 It is not in the nature of capitalist society to provide better conditions for its slave class. The efficient operation of the capitalist industry requires not only a capable working class, it requires a working-class always at the beck and call of the master class. Only by keeping the workers bordering on necessity at all times can this condition be assured. The whiplash of poverty is far more effective than any coercive force could be in keeping them tied to the machine and subservient to their masters.

Those who would administer the affairs of capitalism are limited in their endeavours by the requirements of capitalism, and even though they would bend every energy to lighten the burdens of the workers, the system itself inevitably reduces the results to disheartening proportions.

Practically all of the reform legislation on the statute books of the capitalist world has been placed there by capitalist parties. The capitalists have never been noted for their generosity towards the workers, but they are practical gentlemen and they have long known that the smooth and economical operation of their system requires periodic additions to the mountains of reforms. Reforms to them are like a vile tasting tonic that must be taken from time to time for the protection of their health and well-being. Workers who live under poor sanitary conditions are ready victims of ailments that often develop into communicable diseases, and diseases do not respect the superior and necessary persons of capitalists. Moreover, workers afflicted by ailments spend time at home that could better be spent in the factory turning out surplus values for the factory owner. They must be protected against these conditions. They must also be protected against malnutrition, accidents, etc., in order that their efficiency as cogs in the wealth-producing machine may not be impaired. They must even be provided for when they are unemployed, for the repressive measures of bygone days are no longer sufficient to deal with the vastly increased number of workers thrown periodically into the scrap heap by modern industry. It is now more economical to provide them with necessities than to maintain a coercive force great enough to prevent them from helping themselves. Besides, as in times of war or other periods of trade expansion, their services may be required again.

Hence the measures dealing with sanitation and housing, sickness and accidents, health and unemployment! Hence the reforms piled upon reforms, reaching to the heavens! Hence the gradual conversion of the workers into destitute wards of the state!

There is a further reason for the acceptance of reform measures by the parties of the capitalist class. The workers form the immense majority of the members of society. They are the ones who suffer most from the evils of capitalism. They are only too conscious of the existence, if not the cause, of these evils, and they are ever ready to lend their support to whoever will promise redress. No party can govern without the consent of the workers. The capitalists, in consequence, must be ever ready with the required promises, if they are to protect their exclusive right to govern. Reforms that are not desirable to them can frequently be sidetracked afterwards, together with flattering appeals to the workers for loyalty, understanding and co-operation. Where they cannot be sidetracked, these reforms can always be watered down and presented with fanfares and glowing self-praise. It is an easy game to play, and while it does not give the workers very much, neither does it cost the capitalists very much, and it frequently assures for them a period of contentedness on the part of their slaves.

The class struggle is the product of a class-divided society. It exists no less today than in the class societies of history. By means of political action, the oppressed classes of the past strove to gain their emancipation. The form that this action took was dictated by the conditions then existing. By means of political action – and by no other means – can the workers gain their emancipation. The politics of the working class form the subject matter to be discussed below.

Society rests on an economic basis. The manner in which wealth is produced and distributed determines the form of existing society. The development of the productive forces calls periodically upon mankind to adapt society to the changed economic conditions. Modern industry ushered capitalism into existence. It now demands that capitalism pass out of the picture, to be replaced by a new form of society, one that will conform to the needs of the developing means of production, and, therefore, to the essential needs of mankind. It is the duty – the imperative mission – of the working class to undertake this task.

Capitalism has outlived its usefulness. Within its confines can be found no solution for the wretchedness and insecurity endured by the workers. Not more than momentary relief has ever resulted from the generations of effort to improve their conditions of life. Even their trade unions – their most potent weapon in these activities – have been forced to remain for the most part on the defensive, struggling not so much to improve their conditions as to prevent these conditions from becoming worse. Socialism offers the only way out. The failure of the workers to recognise this fact – no matter what else they may do – can result only in the preservation of things as they are, with the prospect of darker days ahead.

In the main, the world’s workers have in the past given their support to parties openly representing capitalist society. The principal agencies for spreading education and information have, throughout the period of capitalism’s existence, been under the control of the capitalist class and have been used for the purpose of fostering and preserving the illusion that there is no practicable alternative to capitalism. Incessant, insidious propaganda is levelled at the workers from the cradle to the grave, designed to cloud their minds in their own interests and protect the dominant position of the capitalist class. They are taught that their interests are tied up with the interests of their masters and that only in the solution of the latter’s problems can the solution of their own problems be found. It is no wonder, therefore, that for generations they have been only too willing to give their support to one or another of the various capitalist parties.

Capitalist parties represent, first of all, capitalism. They may differ as to the manner in which the affairs of capitalism ought to be conducted. They may differ as to the sections of the capitalist class whose interests ought to be the most favoured. But they are united in their opposition to those who would end capitalism. They are united even in opposing any effort to provide the workers with a greater share of the wealth that they produce. All of them are servants of the ruling class. 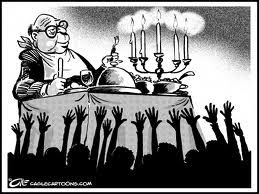