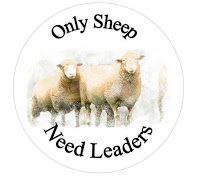 Working people run society from top to bottom. The potential political and economic power that rests in their hands is enormous. The workers are in the best strategic position to take possession in an orderly yet resolute manner via elections. With socialism, all power to make social decisions will be vested in the people. Socialist society will be administered democratically from bottom to top by representatives elected directly by the citizens in each neighbourhood and industry and subject to their control. Production will be carried out to satisfy the people’s wants. The useful producers will receive in goods and services the social equivalent of their work. Those unable to work will share in that abundance. There is nothing which in any way resembles the workings of class-divided capitalism and its political state.

Our freedoms and liberties are not mere privileges we enjoy by the grace of the ruling class. They were wrested from tyrants by our forebears at the cost of their blood. Capitalism is increasingly incompatible with freedom and democracy. To save capitalism, its ruling class must destroy freedom and democracy. To save freedom and democracy, the capitalist system, the system of economic despotism, must be destroyed. Socialist democracy alone can fully guarantee lasting freedom and democracy. While many liberals, reformers and other supporters of the capitalist system are sincerely opposed to white supremacy and police violence, they are blind to the fundamental causes of both crime and injustice within capitalist society. They will not alter the social conditions that produce capitalism’s need to maintain a form of “law and order” that is designed to protect the system and the ruling class from the consequences of the larger crimes it commits against the working class as a whole. They attribute it to prejudice without asking themselves what it is about the society in which we live that creates these prejudices. The Socialist  Party opposes the political state for the vicious and hypocritical thing it is. At the same time, however, socialists do not permit themselves to fall victim to any illusions about capitalism’s capacity to dispense any other form of justice than ruling class justice. The Socialist Party maintain that the solution to class-based prejudices and viciousness of capitalist “justice” is the abolition of the crime breeder—of capitalism itself. The oligarchy’s need for a new level of repression and restriction of democratic rights can no longer be doubted. Working people are losing their democratic rights and civil liberties at an alarming and accelerating pace.

Fundamental freedoms are being eroded and taken away. The government itself has become the number one violator of democratic rights. Its intelligence agencies routinely ignore every constitutional protection, compile files on tens of thousands of citizens, spy, hack into computers and mobile phones to monitor dissidents daily taking on more of the trappings of a secret police force. To enforce “order” as it sees it, the ruling class hires mercenaries drawn from the working class. These are the police, one of the armed branches of the political state. Any movement aspiring to bring about social change must be prepared to deal with a State willing and capable of turning its military—ostensibly produced to fend off foreign enemies—against its own citizens. That means a movement that understands the need for education first, then political and industrial organisation to enforce the will of the majority in face of the anti-social tendencies of the capitalist system and its political tools.

Free elections, supposedly the most basic process of democracy, no longer exist. They are largely restricted to two capitalist parties and packaged by media which censor nearly all another political opinions. What was once a free ballot is today a restrictive bureaucratic maze of polling rules that effectively keeps the political process controlled and contained at the very time society's problems call for new revolutionary ideas. Access to the means of communication, a fundamental condition of meaningful free speech, is blocked by monopoly control of the news media and social media for corporate profit. The right to strike is under persistent attack by both the courts and legislatures. More and more unions are forced to face injunctions and fines.

The right to engage in free and open political activity, to use free speech and a free press to expose official lies and deceptions, the right to fundamentally alter society, all pose a threat to continued capitalist rule. Repression is fast becoming the only means left to block change and hold the system together. In short, capitalism is becoming totally incompatible with democratic freedoms. The longer it continues, the more thoroughly it will try to sweep away the hard-won democratic gains of the past.

Unlike the ruling class, workers and the socialist movement have a definite interest in seeing democracy preserved and extended. Democratic rights are vital to the working class, which must defend them at every point. Likewise, democracy is inseparable from socialism, which is based on democratic majority control of every social institution, including the economy.

Society has reached a point where capitalism and democracy are irreconcilable enemies, one declining in proportion to the advance of the other. To reverse the current trend toward repression, to defend the rights now under attack, and to make democracy a reality in every sphere of life, a socialist reorganisation of society has become absolutely essential. 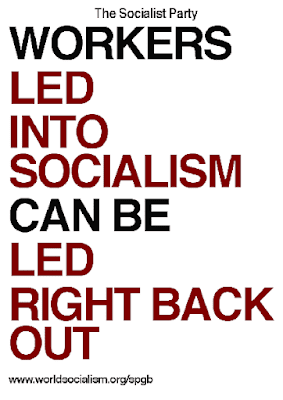