We Demand the Earth for All 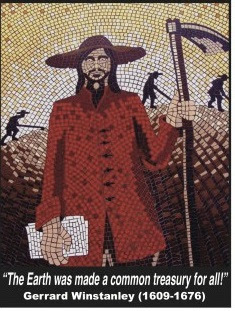 What dizzying speed the world has changed and been transformed by new technology even to the most remote regions. Mankind has been threatened by war, and now we dread the consequences of climate change and its immense and uncontrollable forces. All the conditions to assure the world socialism are now at hand except one: the existence of a class conscious majority

We believe in democracy. We adhere to democratic principles. We are opposed to dictatorships, whether right or left-wing. The Socialist Party aims for a social system based on production for use, not for profit, a system of production and distribution owned in common and democratically controlled in the interests of the people. We believe in the attainment of our ends by peaceful means, through political action, education and campaigning. We appeal to your reason, not to your emotions.

We live under the capitalist system. It is founded upon the principle that profit is of more value than people. Any system under which workers are deprived of the fruit of their labour is unjust. Any system that deprives them of the right to work deprives them of the right to live. The present system divides society into two classes, the capitalists and the working people. The dollar counts for everything, men and women for nothing. Human life is not taken into account by capitalism. We do not attack individuals. We oppose the system. The competitive system of commerce ruins all, even eventually the capitalists themselves. Capitalism is industrial despotism. Socialism is industrial democracy.

We stand before you as socialists. We hold that socialism is the only salvation. The capitalist system teaches people to regard each other as threats, the socialist system teaches people to regard each other as brothers and sisters. Many oppose socialism, but it is generally because they know nothing about it. Socialism is industrial democracy. Socialism seeks economic as well as political equality. What good does it do a person to have political freedom but be a slave under the economic system? As long as one is born master and another servant, there can be no well-being for mankind. They say you must change human nature. We say change the conditions and you will change human behaviour. In his book ’The Sane Society’, Erich Fromm stresses the insanity of capitalism. Against this insanity of the capitalist system, the Socialist Party declares that the outmoded capitalist system of private ownership of the socially operated means of life and production for the profit of a few must be replaced by a new system, organised on the basis of common ownership and democratic management of all the instruments of social production, in which production is carried on to satisfy human needs and wants. It must be genuine socialism.

Socialism will operate in its spirit of mutual aid and cooperation. The Socialist Party is the only party that stands against the present system and for the rule of the people; the only party of the working class and its purpose is the overthrow of wage-slavery. So long as capitalism prevails and the few are allowed to own the industries, the working people will continue to endure the hell of poverty. The Socialist Party is absolutely the only party that faces conditions as they are and declares unhesitatingly that it has a definite and constructive plan for dealing with these conditions. The Socialist Party as the party of the exploited of both sexes and all nationalities and colours, the working class in a word, constituting a great majority of the people, demands that the industries shall be taken over by the workers to be operated by them for the benefit of the whole people. Private ownership has had its day.

The Socialist Party stands for common ownership. All the other parties uphold the wage system; the Socialist Party demands its overthrow. We demand the machinery of production in the name of the workers and the control of society in the name of the people. We demand the abolition of capitalism and wage-slavery and the surrender of the capitalist class. We demand that all children born into the world shall have equal opportunity to grow up, to be educated, to have healthy bodies and minds, and to develop and freely express the best there is in them in mental and physical achievement. We demand total control of industry by the workers; we demand all the wealth they produce for their own needs

We demand the Earth for all the people. 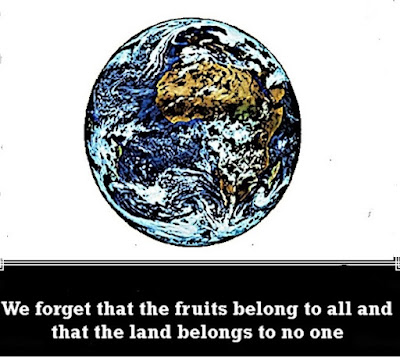