Ours to own and to control


Mankind is moving towards a showdown with all the forces of the old order. The patches and piecemeal remedies of the reformers have proved to do no good. An affluent society and prosperity for all is a myth. Although some workers may not be as materially impoverished as in the past, they are actually worse off in relation to the affluence surrounding them.

The great socialist thinkers failed to sketch out in any detail the new socialist society. Instead of blueprinting the new society, they analysed the society in which we now live — capitalist society - discovering the laws governing its motion. They saw the class struggle as the lever of social change, and the modern working class, created by capitalism, as the revolutionary force destined to establish the new social conditions necessary for the full development of mankind. These socialist pioneers foresaw the workers, out of the painful experience, overcoming their divisions and their hesitations, and out of necessity, taking the power from the hands of the capitalist class who now possess it, abolishing the whole state structure that they have developed to serve their interests and forming their own organs of workers’ power. With the disappearance of class antagonisms and the release of the capitalist fetters on the productive forces — the least of which is planned obsolescence, they predicted the availability of plenty for all.

The Socialist Party never thought that a socialist society could be built on the foundations of a backward underdeveloped economy. It saw socialism as the next stage of social evolution, where mankind has developed the means of production capable of supplying every human need. There is no doubt that the working people will prove able to build the democratic institutions necessary to their struggle,  building bodies representing every layer of the population — except the employers.

Not only will the revolution itself be profoundly democratic, but with its success will come almost instantaneous benefits for all. We could therefore immediately cut out the tremendous wealth that has been wasted in the production of military hardware. Thanks to the tremendous productive capacity we have created, we will be quickly able to satisfy all the basic needs of everyone. There will be no real shortages that would require some kind of policeman to supervise who gets what and no bureaucrats with the possibility of providing special favours that would allow them to gather up connections that would frustrate the democratic process.  The administration of all the key and essential industries will be placed in the hands of those who operate them. For the first time, they would know that their skills and knowledge will be applied entirely for the benefit of mankind. We would see our wealth as part of humanity’s common heritage where the planet’s unparalleled natural resources and productivity, would be produced with no other thought than for the well-being of all peoples.

Racist and nationalist prejudice prejudices that deeply rooted fellow workers in the past were fostered and whipped up by the ruling class to divide the workers and pit them against one another and divert them away from their common enemy - the capitalists.

New technology and the use of artificial intelligence can integrate automation and robotics fully into production and we no longer need to dread redundancy and unemployment. Instead, we have a way to distribute goods and services free according to need.  There is no need for exploiters and exploited where the means of production are owned not by rapacious individuals but by society as a whole with workers cooperating to produce and deciding what they produced, and to whom and how it was distributed.

In such a cooperative commonwealth, production can be planned to fit everyone’s needs. Distribution and everything else in society could be organised socially. There would be more than enough for everyone, and it would be distributed not on the basis of who had the most money but on the basis of who needed it the most. The first requisite of socialism is that the wealth of society has to be taken over by the workers. Socialism will replace our hierarchical, bureaucratic and undemocratic society – capitalism – with a genuine democracy in which the working people control their own delegates who act accordingly. Socialism depends upon control from below and control from below can never be brought about from above. These elements – the self-emancipation of the working class through their own struggle and the democratic society which follows such emancipation – is the heart of socialism.

But the socialist revolution will not happen automatically –nor will the capitalist order despite all its failings going to fall on its own. Revolution must be made by working people. We believe the socialist movement at this time should consciously work toward the formation of a world party. 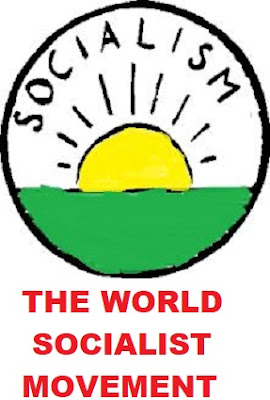