Socialism is the theory of social harmony.


The State in a class-divided society can be nothing other than an instrument in the hands of the class owning the property and means of production in society. All talk of reconciling class interests is simple deceit. It is impossible to reconcile the interests of the slave owner and the slave, the exploiter and the exploited. The Socialist Party aspires and works at home and abroad for the elimination of class exploitation and the abolition of the poverty, misery and suffering which increases so long as the private property system continues, who aims at making this country and all its wealth the common property and heritage. A patriot and nationalist is an enemy of the people, a tool of the small class which holds the great mass of the people in subjection and slavery to rent, interest and profit.

The Socialist Party strives to end capitalism in their own countries, to unite with other socialists in other countries and to unite all the forces as the means to ending capitalism throughout the world. Socialism alone can guarantee the peace of the world because it removes the economic causes of war. When the people of the world socially own the world and its wealth there will be no possibility of groups of vested interests fighting to secure the world’s resources for private gain.

The Socialist Party opposes a social order in which it is possible for one person who does absolutely nothing that is useful to amass a fortune of hundreds of millions of dollars, while millions of men and women who work all the days of their lives secure barely enough for a wretched existence.  All things that are jointly needed and used ought to be jointly owned—that industry, the basis of our social life, instead of being the private property of a few and operated for their enrichment, ought to be the common property of all, democratically administered in the interest of all. The time is coming, in spite of all opposition, all persecution, when we shall have the universal commonwealth—the harmonious cooperation of every land with every other. The dawn of a better day for humanity is coming. The people are awakening. Let the people everywhere take hope.

What, then, are the objections to the Socialist Party? First, socialism is impractical, though a beautiful ideal. Second, socialism stands for the overthrow of capitalism, hence it must be repudiated as dangerous. Such criticism is formed by hearsay or mistaken interpretation. A practical scheme, says Oscar Wilde, is either one already in existence, or a scheme that could be carried out under the existing conditions; but it is exactly the existing conditions that one objects to, and any scheme that could accept these conditions is wrong and foolish.

The true criterion of the practical, therefore, is not whether the latter can keep intact the wrong or foolish; rather is it whether the scheme has vitality enough to build and sustain a new society. In the light of this conception, socialism is indeed practical. More than any other idea, it is helping to do away with the wrong and foolish; more than any other idea, it is building a sustainable new world.  The Socialist Party urges men and women to think, investigate, to analyse every proposition. For example, the Green New Deal is no harbinger of a new social order. It hides behind the mask of “radicalism”. Socialism’s economic arrangements must consist of voluntary productive and distributive associations - free access - applying the best means of producing with the least waste of human energy and nature’s resources.

The State is a huge machine for robbing and slave-driving of the poor by brute force. Unfortunately, there are still people who continue in the false belief that the government maintains social order and harmony, that its purpose is to protect people from crime, and that it prevents the con-man from fleecing his fellows. The State is itself the greatest criminal, breaking every law, stealing in the form of private property laws, killing in the form of war and it has come to an absolute standstill in coping with crime. It has failed utterly to destroy or even minimize the horrible scourge of its own creation. Everything is blamed on human nature. How man horrible crimes have been committed in its name.  The greater the charlatan, the more definite the insistence on the wickedness and weaknesses of human nature.

Socialism really stands for the liberation of the human mind from the dominion of religion; liberation from the dominion of property; liberation from the shackles of government. Socialism stands for a social order based on the free grouping of individuals for the purpose of producing real social wealth; a society that will guarantee to every human being free access to the earth and full enjoyment of the necessities of life, according to individual desires, tastes, and inclinations. This is not a Utopian fantasy but the conclusion arrived at by men and women the world over. Socialism does not stand for uniformity; it does, however, stand against everything that hinders human growth. 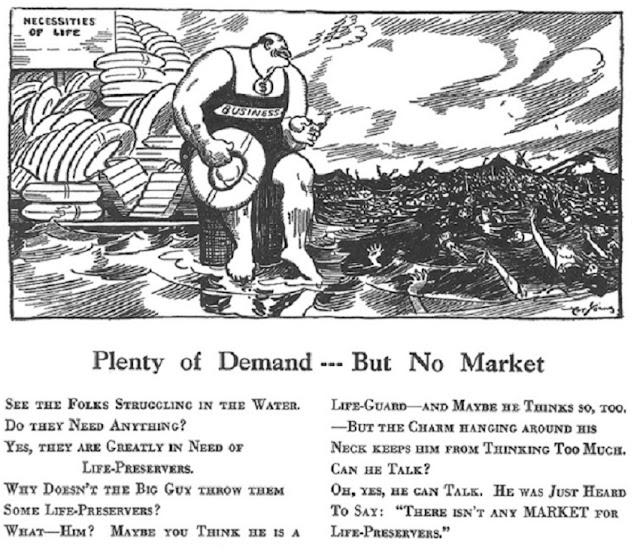