The rights and wrongs of socialism 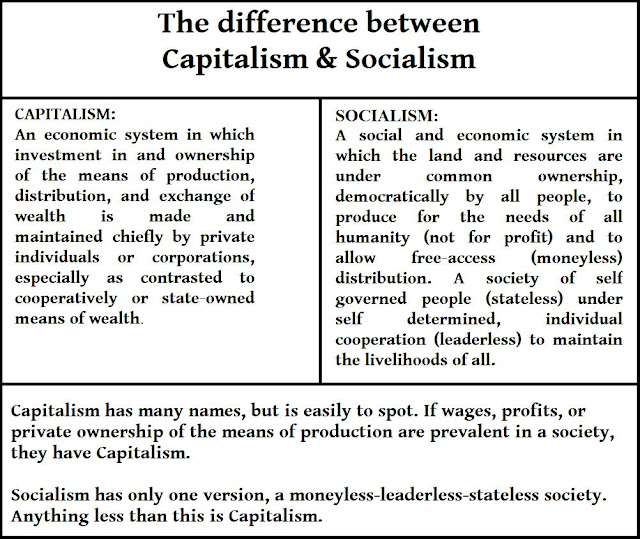 The world is ruled by power. The foundation of this power is control over a large number of people. The capitalists rule the world today because they control, own and direct the means of production. The Socialist Party’s aim is not to establish a political dictatorship, but to remodel the world in such a manner that there shall be nobody to be a dictator over. The Socialist Party is a movement that advocates a new society, in which the workers employed in the world’s industries shall own and control those industries--shall own and control the world in fact. It means the creation of a new world--a new life. Socialism is evolutionary and revolutionary.

When the capitalist employs the worker he of course pays as little in wages as possible. If the worker is skilled he or she will usually get more wages than if unskilled because it required time and labour to develop skills. If workers are scarce their price in the market will go up for a time. If, however, there are many unemployed, wages will fall. Wages is the price paid in the market for the labour power of the worker. The amount of wages does not depend at all upon the amount of the workers' product. On the average, wages amount to just enough to keep the worker in good shape for work. If there were no great unemployed army, if machines did not constantly take the place of more and more workers, then the average worker would have to receive enough to support a family. But the unemployed army and the new machines are constantly forcing wages in many industries down to a point below what is absolutely necessary to support oneself alone, not to mention a partner and children. Profits do not go up because the capitalists do more. The manager's brains are under the worker's cap. In fact, as industry develops, the capitalist does less and less useful work. Profits go up because the capitalists own and control the industries. The capitalist are few in number. They do no useful work but live as parasites off the labor of the workers. They are entirely unnecessary to the running of industry. They perform no useful function in society. But they are organized, and by virtue of their organised power, they control the natural resources of the earth and the machinery of production, and only allow the workers access to them on condition they can make a profit off their labour.

All wealth is produced by labour being applied to the natural resources of the earth.The workers are absolutely necessary to running industry. They furnish the labour power without which not a wheel would turn. But they do not control their own labor power. Since the beginning of civilisation, workers have slaved under one master after another; we, the workers, have produced all the goods for society. We have fought all the wars and made all the sacrifices that the masters' economic system has required. We, the workers, have been forced to produce, and never have we had a say in what we made, how it is made, or what it is used for. We have been slaves to them all, be it by wages or chains. To them we are a commodity, to produce at their bidding. And what do we, the workers of the world, have to show for these years of toil? They have given us as little as they can get away with! They work us as hard and fast as they can. They make us produce cheaply, with no regard to quality or possible hazards from the products. They make us build out of inferior material and work us in such a way that we cannot make our work of best quality. They make us produce things that are ecological harmful to our world. They make us destroy food when there are thousands of people dying of starvation. Low wages, unemployment, war and hunger are some of the problems we, as workers, have had to face all of our lives and throughout history. In any time of crisis, who are they that are told to make the needed sacrifices? Have you ever heard of the rich helping? Have they ever been willing to use their great wealth (which they got from our labour) to relieve suffering? Do they not always use these times of crisis to add to their wealth? Do they not even hold back food from the hungry to drive up prices? Inequality has existed in our economic wage system since its development.

On top there are the masters who own and rule industry, and below are the slaves, the workers, who produced all the goods. Wages are paid to workers for this production, which is only a small portion of the market value of the goods that we the working class produce. The greatest part of the wealth we create goes to our masters in the form of profit.

Is this the life we doom our children to?

As long as there are masters, the workers are no more than a commodity, to be bought when needed and cast away when not. Because of this, a class war has gone on through the ages of civilised history.

Wherever labour and natural resources come together, there industry springs up. The wealth produced on the job is divided in two parts. part goes to the workers in the form of wages and part to the capitalists in the form of profits. The share of each is determined by the amount of control they exert over the job. On every jobs there are two conflicting interests. The capitalist wants to make the biggest possible profits in the shortest possible time. To accomplish this he must get as much as possible out of the workers and must give them as little as possible. He wants hard work, long hours, low wages, and low running expenses, which makes rotten conditions. The workers are on the job to make a living. To this end they must have short hours, high wages, easy work and good conditions.

This conflict of interest is the cause of the struggle that goes on between workers and employees--the class struggle.  Every strike, boycott, or any job action is a battle in this class war and it shall continue until we, the workers of the world, take industry into our own hands use it for the benefit of all.

The oppressive conditions under which the vast majority of wage workers must live is forcing them to struggle for political and economic freedom. Capitalism was never intended to benefit anybody but the privileged few. The wage system implies the existence of two economic classes. Under it the workers suffer, it means no end of misery, therefore from the standpoint of the workers it is Right to get together as a class and abolish the wage system, and in its place erect the cooperative commonwealth. 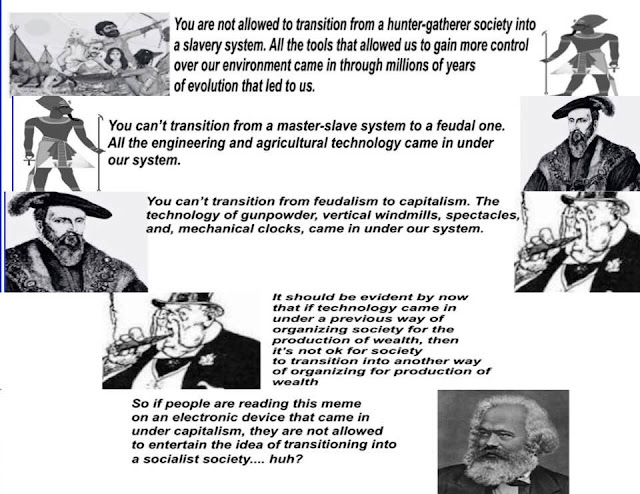