The Socialist Party calls upon the workers to muster under its banner for the purpose of advocating this revolutionary change and building class consciousness among fellow workers. We, the working people, are well capable of assuming control and continuing to administer and operate the essential industries and social services, without any masters above us.  It will be our fellow workers who will make the people's ownership, control and administration of the new social structure a reality. Despite  threats to workers' lives, despite the growing poverty and misery that workers are subjected to, a world of peace, liberty, security, health and abundance for all is within our grasp. The potential to create such a society exists, but that potential can be achieved only if workers act to gain control of their own lives by organising, politically and industrially, for socialism.

It is the division of society into property owners and propertyless people which lies at the root of the crisis of the capitalist world. Millions of workers  extract raw material from the earth. They own neither the land nor the machinery they use, nor the products they raise.

Millions of other workers manufacture the raw materials into finished products. They own neither the machinery they use nor the products they manufacture. These are the property of the capitalists and the landlords.

Here is to be found the fundamental reason why the socially necessary goods are obtainable only in the market-place as commodities. The private property owners have no other means for the disposal of the goods others have made for them. They cannot give the goods to society, for that would be an abandonment of the right of private property to extract profit. They cannot distribute the goods according to the needs of the people, however vast and urgent those needs may be, because private property production is governed by the law of production for profit irrespective of the needs of the people. The criterion of all capitalist enterprise is—does it make a profit? When it ceases to make a profit it goes bankrupt—it is finished and the workers are cast on to the scrapheap of unemployment.

For the capitalist there is no other way of disposing of the goods produced other than through the exchange market, the laws of which are not need nor beauty, nor quality. It is a transaction between individuals exchanging property, however repeated, however multiplied, however varied. One can have exactly according to his means to pay. If you have £1 or its equivalent you can have £1’s worth of goods. If you have nothing, then you can exchange nothing.

The Socialist  Party calls upon all who comprehend the critical nature of our times, and who are increasingly aware that fundamental change in our society is needed, to join us in the effort to put an end to the existing class conflict and all its malevolent results by placing the land and the instruments of social production in the hands of the people as a collective body in a cooperative socialist society. Help build a world in which everyone will enjoy the free exercise and full benefit of their individual faculties, supported by all the technology of modern civilisation.

It is at this great moment in history when  crisis-ridden capitalism is showing its inability to solve the immense problems confronting humanity, that great progressive movements will arise all over the world. Great possibilities are urging our fellow workers forward when mankind can plan the rational control of production and distribution for abundance for all, as the basis of a class-free and peaceful society.

Some dismiss socialism as the alternative to capitalism because of its failure to so far as yet  to succeed.  If socialism were really to replace capitalism, why hasn’t it already done so? It would be futile, of course,  to deny the fact that socialism is still to be established anywhere. But it is not proof that socialism is impossible, nor that our efforts to achieve socialism in the future is hopeless.  Such pessimism destroys the confidence of the working class in itself, spreads cynicism, paralyses action, holds back the advance to socialism, indeed it can lead to its capitulation  The capitalist class is no longer a progressive class. It cannot lead mankind forward. It can only drag it backwards. Based upon private property, it has long-since fulfilled whatever progressive role it had to play in the development of society. Capitalism now fetters the productive forces, drags society into degradation and catastrophe. The policy of class collaboration does not help mankind to building a new social order, but its sentimental pleadings and petitioning for “better treatment” maintains the psychology of the slave bowing to the masters. The servile intellectuals of the ruling class atomise and alienate the workers, highlighting their waverings, their backwardness, the competition amongst them for jobs, and cite these things as the reason for their lack of hope in the people. They spread their pessimism like a poison into the workers.  We need to see political clarity grow, casting out of fear and the development of the firm conviction that socialism offers the way out of the crises and paves the way to the next great evolution of society. 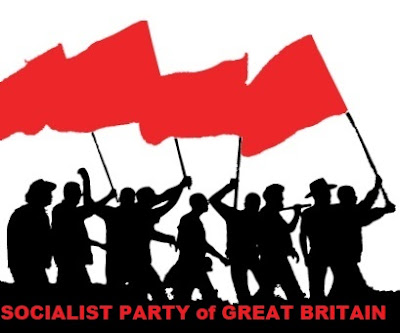