This is what is meant by socialism 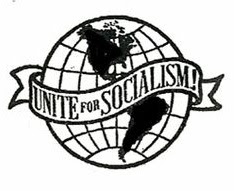 Because of the imminent arrival of COP26 attendees in Glasgow, many more of us understand that the most serious problem facing society today is the climate crisis and its environmentally destructive consequences. The list of bad news on the environment is seemingly unending. Each of the ecological problems represents a serious danger in its own right. The longer the ongoing and worsening process of environmental degradation continues, the more difficult it will be to halt and reverse. Resolute and decisive action is long overdue. The laws that have been enacted and regulatory agencies that have been established have often been undermined by the very corporations and firms responsible for global warming. The regulations themselves have been watered down; undeveloped countries aren't funded adequately to act on them and are frequently corrupted by corporate interests; enforcement of even inadequate regulations has been poor, raising the question of whether the laws and regulations were frequently intended to be anything more than window dressing.

To understand why regulation hasn't worked and what kind of action will work to end this worsening environmental nightmare, it must be understood that the environmental crisis is fundamentally an economic and class issue. Its cause lies in the nature of the capitalist economic system.

Environmental destruction is not an inevitable by-product of modern industry. Methods exist or can readily be developed to safely neutralise, recycle or contain it. Less polluting, less wasteful forms of technology can be built. Adequate supplies of food can be grown without deadly pesticides. The problem is that, under capitalism, the majority of people have no power to make these kinds of decisions about production. Under the capitalist system, production decisions are made by the small, wealthy minority that owns and controls the industries and services—the capitalist class. And the capitalists who make up that class make their decisions to serve, first and foremost, one goal—that of maximising profit for themselves. That is where the environmental crisis begins. From the capitalist point of view, it is generally less costly to dump pollutants into the environment than to invest in pollution-control equipment or pollution-free processes. It is more profitable to continue fossil fuel production as it is rather than invest more heavily in solar, wind or other alternative energy sources. Likewise with every other aspect of the environmental crisis: Socially harmful decisions are made because, in one way or another, they serve the profit interests of the capitalist class.

Capitalist-class rule over the economy also explains why government regulation is so ineffective: under capitalism, the government itself is essentially a tool of the capitalist class. Politicians may be elected “democratically,” but because they are financed, supported and decisively influenced by the economic power of the capitalist class, democratic forms are reduced to a farce. The capitalist class and its government will never be able to solve the environmental crisis. They and their system are the problems. It is up to the majority of people to end this crisis.

The goal is building a new society with completely different motives for production—human needs and wants instead of profit—and to organise our own political party to challenge the political power of the capitalists at the ballot box and dismantle the state altogether.

The new society must be one in which society itself, not a wealthy few, would own the industries and services, and the workers themselves would control them democratically through their own organizations based in the workplaces. In such a society, the people themselves would make decisions administrating the economy.

Such a society is what is needed to solve the environmental crisis. By placing the economic decision-making power of the nation in the hands of the workers, by eliminating capitalist control and the profit motive in favour of a system in which workers produce to meet their own needs and wants, the necessary resources and labour could be devoted to stop pollution at its source and clean up the damage already done.

Many people believe that socialism means government or state ownership and control. Who can blame them when that is what the schools teach and what the media, politicians and others who oppose socialism say? Worse, some people and organisations that call themselves socialist say it, too—but not the Socialist Party. Socialism is something entirely different.

If the government or state ownership is not socialism, what is? Socialism means economic democracy. Workers would be making decisions every day where they work and in the field in which they are most qualified. Here is where their vote counts because it vitally affects their own personal lives.  When we use the word “worker,” we mean everyone who sells his or her labour-power, or ability to work, at so much per hour, or so much per week, to a capitalist employer. Coal miners are workers, but so are musicians, scientists, nurses, teachers, architects, engineers and mathematicians. In a socialist society, there would be no wage system. Workers would receive the social value of their labour. And since the people would collectively own the industries, anyone would be free to select any occupation in which he or she has an interest and aptitude. No longer would workers live under the fear of being laid off, or be compelled to spend their lives at some job they hate or are unsuited for. Also, since the people would collectively own the colleges and universities, no longer would workers be denied education or training because they lack the money to buy it.

Socialism we would produce for use and to satisfy the needs of all the people. Under capitalism, the industries operate for one purpose—to earn a profit for their owners. Under this system, food is not grown primarily to be eaten. It is grown to be sold. Cars are not manufactured primarily to be driven. They are made to be sold. If there are enough buyers here and abroad, then the capitalists will have their factories turn out cars, appliances, pianos and everything else for which buyers can be found. But if people lack money, if the domestic and foreign markets cannot absorb them, then these factories shut down and the country stagnates, no matter how much people need these commodities.

With socialism, the factories and industries would be used to benefit all of us, not restricted to the creation of profits for the enrichment of a small group of capitalist owners. Under socialism our farmlands would yield an abundance without great toil; the factories, mines and mills would be the safest, the most modern, the most efficient possible and productive beyond our wildest dreams—and without laborious work. Our natural resources would be intelligently conserved. Our schools would have the finest facilities and they would be devoted to developing complete human beings, not wages slaves who are trained to hire themselves out for someone else’s profit. Our hospitals and social services would create and maintain the finest health and recreational facilities.

Under capitalism industrial technology is used to replace workers and increase profits. Instead of creating a society of abundance, capitalism uses machinery to create unemployment and poverty. Our inner cities have been converted largely into festering slums in which impoverished people, not understanding the cause of their miseries, are imprisoned and damned to a life of misery.

It is not technology that threatens us. By themselves, improved methods of production and distribution are not social evils. They could be a blessing, but under capitalism, technology is used for antisocial purposes. This follows from the fact that technology and industry are the exclusive property of a small minority —the capitalist class. Capitalism uses the industries for the private profit of their owners and not for the benefit of the vast majority of the people—the workers who invented and built them.

In a socialist society, on the other hand, since we would collectively own the factories and means of production, we would have full and free access to the means of wealth production and distribution. Since we would receive the full social value of our labour there would be no unwanted surplus. We would collectively produce the things we want and need for full and happy lives. It would be to the benefit of all to find new inventions, new means of production, improved means of distribution.

Society as a whole would have a vital interest in providing the opportunity to each individual to find the work for which he or she is best suited and in which he or she will be happiest. There would be the fullest freedom and opportunity.

And, we repeat, there would be a complete and full democracy. Democracy that will truly be based on the broadest lines. Democracy in which the final and only power will be the great mass of our people, the useful producers, which in a socialist society would mean everybody. Society no longer would be split into two contending classes. Instead, we would all be useful producers, collectively owning the means of production and distribution, collectively concerned with producing the most with the least expenditure of human labour, and collectively jealous of the rights of the individual to a full, free life of happiness. 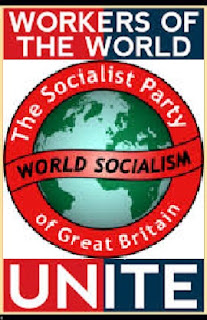