While Capitalism Prevails Atrocities Will Always Be. 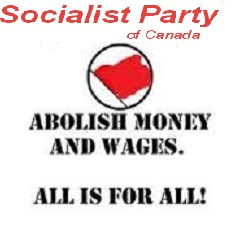 At the time of writing 48 churches have been burned down or vandalized in the last 2 months, since the news of the genocide committed against indigenous children was revealed. Most of them were Catholic since they ran the residential schools where the children were murdered.

Though Prime Minister Trudeau and Indigenous leaders have appealed for it to stop, nevertheless it continues, including churches that are not Catholic. However bitter one may understandably feel about atrocities, bitterness alone is not enough. Bitterness fused with the understanding that as long as capitalism prevails atrocities will always be. To sum up the state of things in Canada, July 31, it's pretty bad, or should I say ugly bad.

Fires are out of control in B.C.; there are fires in other provinces and smoke from them engulfing other areas, which with the intense heat and humidity are health hazards. This is exacerbated by the drought in most of western and central Canada, in fact, some rivers are in danger of drying up. The pandemic was on the decline is on the rise and causing the cost of living to go sky-high. Crime in general and gun violence, in particular, is on the rise in major cities.

So, things ain't exactly wonderful in Canada and since capitalism is a worldwide system, Canada stumbles lockstep with too many people and places suffering the same plight.