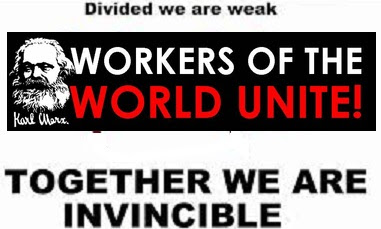 The capitalist mode of production itself creates the basis of socialism. It formed the social nature  of production  and the  modern industrial complex capable of producing an abundance. It also built the working class, propertyless but the producing class.  The magic of the machine which sprang from the inventive genius of mankind has created fabulous abundance. But, alas, this wealth, instead of being a blessing, has been the means of enslaving working people. The few have come in possession of all, and the many have been reduced to the extremity of living by permission. Humanity has the potential to produce real abundance and put an end to endemic misery, starvation, wars and pestilence – all the inescapable consequences of the exchange economy. Socialism means nothing unless it means control of society by the associations of the producers.

Because of automation and Artificial Intelligence, society no longer needs to impose repetitive and meaningless (because unnecessary) toil upon the individual. Society can now set the citizen free to make their own choice of occupation and vocation from a wide range of activities. Gaining control of our future requires the conscious formation of the society we wish to have, applying technology rationally and humanely. The potential abundance of goods and services will be achieved only when it is understood that the major economic problem is not how to increase production but how to distribute the abundance to improve the conditions of the billions of impoverished people  in the world.

Socialism implies the common ownership of all natural resources and the application of all social forces in co-operation for the satisfaction of all material social needs. It, therefore, involves not merely co-operation between individuals and groups of individuals, but also global co-operation. In a system of universal co-operation for production for use, all destruction of wealth, all waste, would be sheer loss. Under the present system of capitalism – with its class ownership and control of all natural resources and all means of production – with universal competition and production for profit, waste means gain, and is not only inevitable but necessary.  War is wasteful but nevertheless indispensable to production for profit, inevitable and necessary. Under capitalism the horrors of peace would far transcend those of war because the competing capitalists come into conflict with each other for the mastery of markets and trade routes. No matter how sincere and well-intentioned humanitarian advocates of peace may be, their plans are foredoomed to failure, for  international peace cannot be established while capitalism exists. Peace-makers talk of universal disarmament but any  who has taken the trouble to understand the operations of the capitalist system must recognise that such proposals under capitalism is impossible. Although it is no idle and utopian to dream of the Socialist Party to establish the co-operative commonwealth by abolishing capitalism itself.

With this world we have vast regions of the richest and most fertile soil, mineral resources in  abundance, the most technological advance productive machinery , and millions of eager and educated workers ready to apply their labor to that machinery to produce in abundance for every man, woman, and child. Yet we still have vast numbers of our people who are the victims of poverty and whose lives are an unceasing struggle all the way from cradle to old age. It cannot be blamed on  nature, but it is due entirely to the outgrown social system in which we live that ought to be abolished in the interest of all humanity. The Socialist Party understands that society as a whole ought to own and control its own industries, instead of being the private property of a few and instead of being operated for the enrichment of the privileged few, ought to be the common property of all, democratically administered in the interest of all. We are opposed to a social order in which it is possible for one man who does absolutely nothing that is useful to amass a fortune of hundreds of millions of dollars, while millions of men and women who work all the days of their lives secure barely enough for a wretched existence. We must reorganise society upon a mutual and cooperative basis. We in the Socialist Party have learned how to be patient and to bide our time. We feel that the time is coming, in spite of all opposition, all persecution, when this emancipating idea will spread among all the peoples, and  become a triumphant majority to inaugurate the greatest social and economic change in history where we shall have the universal commonwealth—the harmonious cooperation of every people in every land on earth. 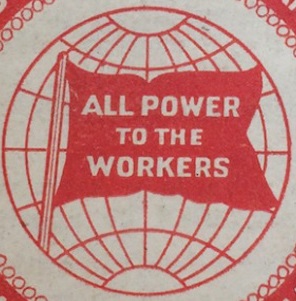