Only Socialism Can Bring Freedom 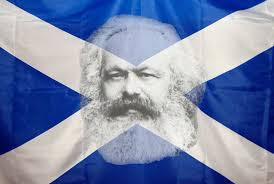 The aim of the Socialist Party is to establish a a more secure and abundant life for all. The Socialist Party is opposed to the entire concept of collaboration between labour and capital because labour becomes the captives of the ruling class, who use them as part of the state apparatus. The fight for socialism to is the struggle for the new society of freedom, the world brotherhood of all peoples. The course of capitalism's evolution is a unique blood-stained history of murder. Murder of competitors, of workers, of populations foreign and domestic. Since the era of its birth, the pages of  the history of capitalism has been soaked in blood.

The capitalist class proposes to spread capital throughout the whole world and to extract more and more profits, from this expansion and from all the peoples of the earth who they want to transform into their wage-slaves. It is profit for the capitalist class which is calling upon the bankers and industrialists to vote in favour of increased militarism. Capitalist profit is surplus value sucked from the workers. Capitalism, born of private ownership of the means of production, grows by means of conflict.  Profit is made the aim of all human effort, not use. By abolishing profits socialism will be an entirely different system. Socialist society could produce ten times as much as we do now. Socialism will be the cooperative control and the democratic management of the means of production. Socialism is the next natural stage in the evolution of human society; an organisation of all men and women into an ordered, cooperative commonwealth in which they work together, consciously, for a common purpose: the good of all, not of the few, not of the majority, but of all.

A socialist society run in the interests of the vast masses of humanity, and not a tiny elite class of profiteers, is the only alternative. It is not pie-in-the-sky dreaming or just a “smarter” way of running things. Capitalism has itself laid the basis for transcending the misery to which it condemns humanity. It long ago built up the economic productive forces—industry, technology and a globalised economy—to the point where the potential exists to produce an abundance of all need resources. But that potential remains trapped by capitalism’s pursuit of profit. Scarcity continues to underpin capitalist class society, driving nationalism and racism. Socialism is about winning a world of freedom. socialism rests on the premise that it is possible for human beings to rationally and collectively plan and produce to satisfy our needs.

The abundance of production now possible, and which new technology constantly improves upon, will remove any need for rationing or artificial limits to consumption. Socialism shall satisfy all material needs without stint or favour, from the common storehouse, according to their desires. Everyone will be able to have what he or she desires in food, in clothing, leisure, education and travel. There will be neither rich nor poor. Money will no longer exist. There will be no buying and selling, because everyone will be able to obtain everything desired without payment. And nor will people hoard for future free access will always be guaranteed.

The Socialist Party is determined to work co-operatively for the commonweal. We believe that most of the ills that afflict mankind stem from  bad social organisation. We want the well-being of all.